'People Can Say What They Want' - Jack O'Donoghue On Munster Criticism

Munster were comfortable winners at home in Thomond Park in their final pool game of the Heineken Champions Cup.

A 38 point margin separated the Munster men and a visiting London Wasps side that have picked up just one win during this year's European campaign.

It was made all the more special given there were 13 thousand plus in attendance in Limerick. Many would have bought tickets on short notice given the removal of capacity limits on Friday.

There were important implications for Wasps as they needed to pick up a bonus point to progress. Munster, on the other hand, finish the pool stages in a strong position.

One of the standout performers on the day was Jack O'Donoghue who played a decisive role in a defensive unit that were able to keep Wasps at bay.

O'Donoghue earned his 150th cap for the province and spoke after the game on the performance and what it means for Munster now heading into the Round of 16.

"To even get one cap for my home province, but to get 150 is incredible! I'll cherish this one certainly for time to come." 😊

"I thought it was an incredible performance today. We really had a few things to prove and build on from last week and we certainly did it this week," he told BT Sport.

Munster came under a lot of criticism after their performance against Castres last week. The game seemed to encapsulate a lot of slow and methodical performances we've seen from them this year.

"Look, people can say what they want," O'Donoghue said of the criticism. "They're not in our inner circle, they don't know what we go through in the meetings and stuff like that.

"We go out here every week to try and perform to the best of our ability and I think we showed that today."

Jack O'Donoghue's 150th cap earned him a place in the history books as the youngest Munster player to earn that milestone for the province.

"To even get one cap for home own province but to get 150. It's incredible. A special day for myself and my family in the crowd. But yeah, look, I'll cherish this one for days to come," he reacted.

Who else but Zebo!

The Irish international recently missed out on a place in Andy Farrell's Six Nations squad. He enjoyed two tries over the course of the eighty minutes on home turf.

With a meeting with Sale likely now in the Round of 16, at least at the time of writing, Zebo will be hoping to extend his European try margin even further. 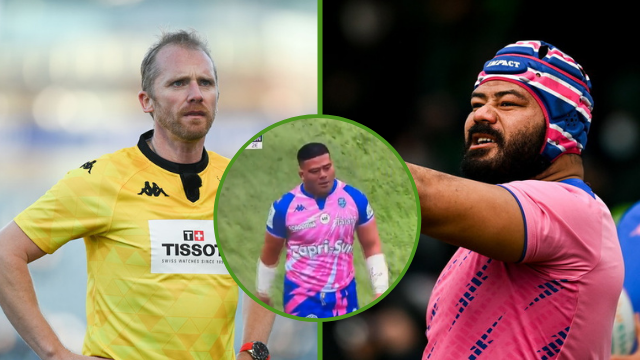 Rugby
5 days ago
By PJ Browne
The Last Munster Team To Win Silverware: Where Are They Now?
Rugby
6 days ago
By Luke Delaney
How To Watch Leinster v Munster In URC Showdown
Rugby
1 week ago
By Colman Stanley
Predictions And Permutations For The Provinces In Final Weekend Of The URC
Previous Next

Rugby
5 days ago
By PJ Browne
The Last Munster Team To Win Silverware: Where Are They Now?
Rugby
6 days ago
By Luke Delaney
How To Watch Leinster v Munster In URC Showdown
Rugby
1 week ago
By Colman Stanley
Predictions And Permutations For The Provinces In Final Weekend Of The URC
Popular on Balls
Motorsport
2 days ago
By Eoin Harrington
F1: New Team Radio Clips Show Sergio Perez Frustration With Team Orders In Barcelona
Football
1 day ago
By PJ Browne
Five Things Learned From Stephen Kenny's Nations League Press Conference
Football
9 hours ago
By Gary Connaughton
Gary Neville Was Not Happy With Jamie Carragher's Comments About Marcus Rashford
35