Jack Regan has had an incredible journey over the past few of years.

The son of Offaly hurling legend Daithí Regan, he came up through the ranks at Leinster, playing for their 'A' team before moving to Ulster. However, he would make only one senior appearance for the province.

It is from here that he took a rather unconventional route. The 23-year old moved to New Zealand where he played Mitre 10 Cup with Otago, the level just below Super Rugby.

He would go on to secure a training contract with the Highlanders, impressing so much that he started last night's opening game of the season against Crusaders.

Certainly not your average journey for an Irish rugby player.

Unfortunately it was not a winning start for the second row, with Crusaders running out 26-13 winners, but it was certainly a memorable occasion for Regan.

He took part in the Haka before the game, something we can't imagine too many Offaly men have done in the past.

What a way to kick off #SkySuperRugbyAotearoa @Highlanders 😍

Regan would go on to play 66 minutes, making four tackles.

He also seemingly got under the skin of an All-Black. Only a couple of minutes into the game, he got tangled up with New Zealand prop Joe Moody.

The 32-year old seemed to throw a number of punches at the Irishman was perhaps fortunate that the incident wasn't taken further.

Joe Moody lucky to get away with this on Offaly's Jack Regan during the first half there. pic.twitter.com/J6c6FxNEyd

His father even got a mention from the Kiwi commentary team.

We're certainly excited to see how he fares in the coming months.

SEE ALSO: Wales Legend Thinks It's Time For Ireland To Move On From Murray & Sexton 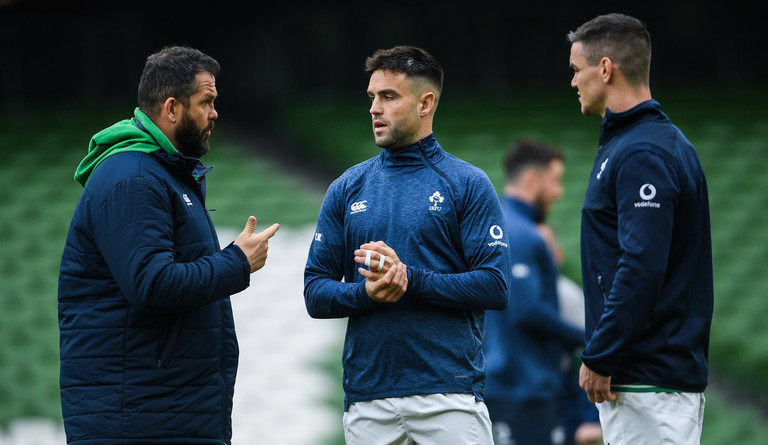