Could Jacob Stockdale Be The Solution To Ireland's Problem Position?

The World Cup is a test of depth like no other tournament in the world of rugby. League seasons are spread out over months while even the gruelling Six Nations campaign provides two rest weeks amongst the madness. But the World Cup is relentless.

Ireland learned that the hard way in 2015 as Joe Schmidt was forced to make four changes between Ireland's final pool win over France and the disappointing quarter-final defeat to Argentina.

Ever since then, the idea of building depth at key positions has been something of an obsession for Irish fans with Joey Carbery's move from Leinster to Munster seemingly driven by the concept.

But in spite of efforts to grow the squad, there remain question marks over who is can be the long-term replacement for Rob Kearney in the number 15 shirt. The Leinster fullback has just penned a new one-year deal but has struggled with injuries as of late and, at 33-years-old, is on the back end of his remarkable career.

Jordan Larmour has deputised at provincial level for Kearney but Schmidt's decision to opt for Robbie Henshaw at fullback against England in this year's Six Nations would hint that the Ireland coach does not trust the 21-year-old there in the biggest games.

But there has been another name raised in recent weeks: Jacob Stockdale. Though he is known for his try-scoring exploits on the wing, the 6ft 3in flyer has been named at 15 recently for Ulster, leading many to ask if he could make the switch permanently.

While it might seem like madness to move him away from the wing where he has scored 14 tries from just 19 Irish caps, Stockdale was undoubtedly excited by the prospect when quizzed about it at the launch of his new role as an ambassador for Maxol this week.

“I enjoy rugby most when I get my hands on the ball the most amount of the times and I find I can do that pretty well at fullback,” he says.

“I don't know if I'd be describing myself as a second ten but I enjoy being able to attack and you do that way more at 15 than you do on the wing.

“That being said, I love playing wing as well. I love playing rugby generally; if they were like 'We want you to play second row' I'd be like alright, I'll give it a go.” 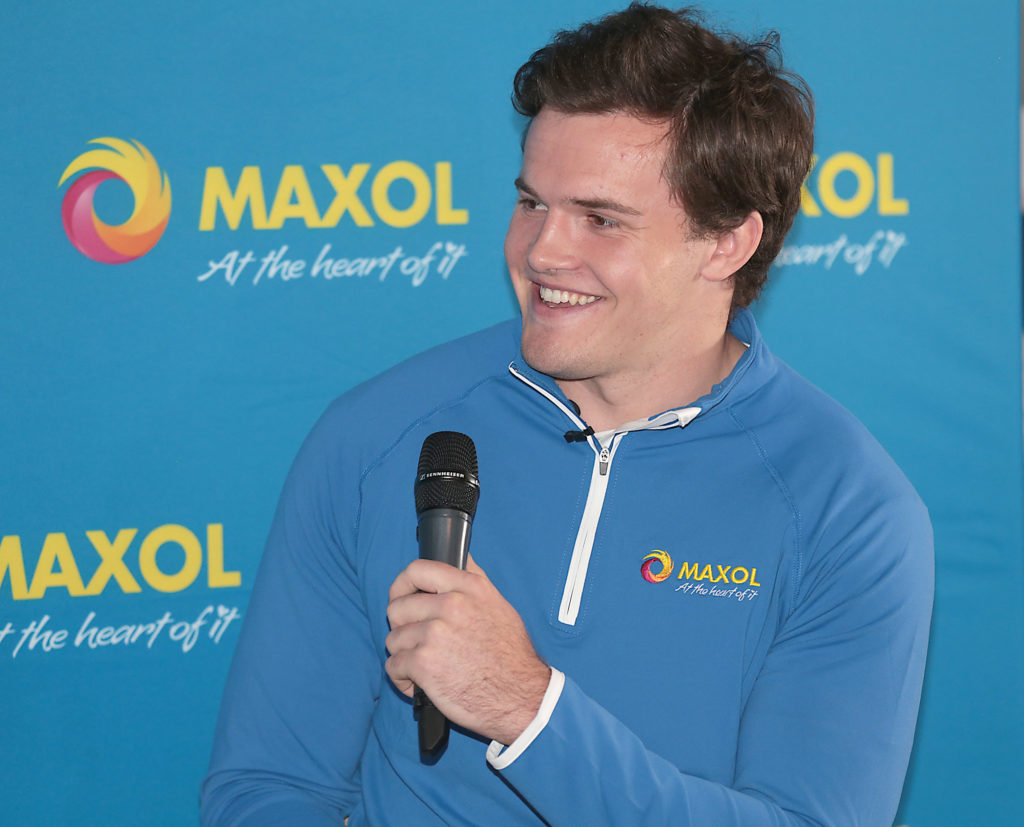 Despite his age, Stockdale has adapted quickly to the defensive demands of test rugby on the wing and his experience of a number of different positions has given him a greater appreciation of the space around him and how to support his teammates.

Ireland's defensive system under Andy Farrell is complicated but the 23-year-old has some of the brightest minds in the game guiding his development.

“It probably was, in terms of at international level, the weakest part of my game for a while,” he admits. “But I find that that's the case with everybody and I wasn't too hard on myself about that.

“But I think as a person, in every kind of facet of life, I'm always pretty eager to learn to just to be better at things in general and that was the same with my defense. It kind of became almost an obsession with me - and it still is.

“It still is an obsession to get better and, you know, you just get to pick the brains of Jared Payne and Andy Farrell - and even Keith Earls, who's a brilliant winger defensively.

“When you learn off guys like that, that was the way that I found I got better in that sense. And it was all positional stuff. In tackling, as a fairly big winger, I can usually wrestle someone to the ground.

“Growing up, I played a lot of 13 and I played 13 a couple of times for Ulster and at 15 as well and it definitely helps you to be able to understand what the guys around you want and are looking for, which, ultimately, helps me in my position.

“I'm able to read other players around me a bit easier because I know what I'd want if I was playing 13, so it's good. Obviously, I'm nowhere near the finished article and I've still got a lot of work to do on it but I think it's coming along.” 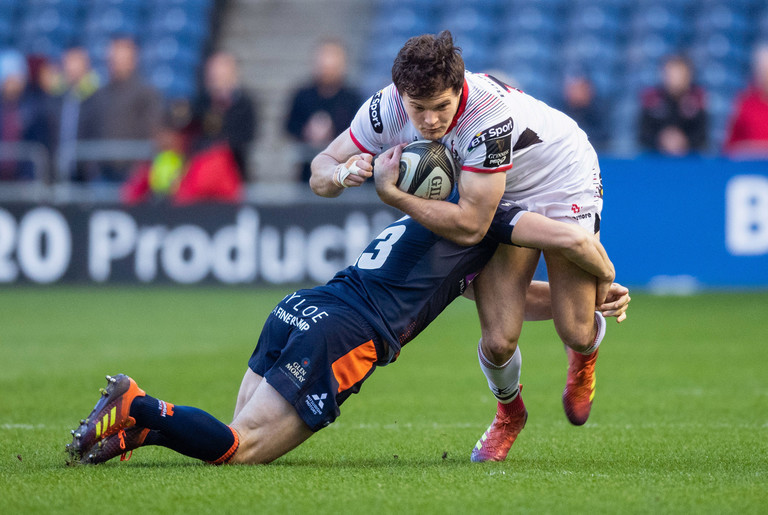 Under the Schmidt, Ireland have earned a reputation for methodical, low-risk play but even within the structure of the Kiwi’s system, Stockdale has been given the freedom to become the most prolific attacker Ireland has ever produced.

“Joe [Schmidt] has his plays and he plans these plays really well so that if they are carried out perfectly, nine times out of ten you're probably going to score try or make a line break.

“But at the same time, he talks about not playing PlayStation rugby - not just going through the motions of doing it just to get the play done. If you see something and you want to go for it, you go for it. But obviously, you know, in a smart way.

“I think Joe's coaching style has got a really good balance in that sense where us as players, we know we need to do our jobs really, really well. But at the same time, he gives us the confidence to be rugby players.”

Even though Schmidt deserves many plaudits for the youngster’s development, Stockdale is eager to emphasise the impact Dan McFarland has had on him since arriving at Ulster at the beginning of the season, giving him guidance over maximising the reward of his actions.

“I'm always going to be the kind of player that wants to take risks and go for things,” he continues. “I think that's just kind of in my nature. Probably a bit of a coach-killer in that sense.

“There's been times that it hasn't worked out for me, like the Kieran Read incident [against New Zealand in 2018]. What I'm starting to learn now is looking at the risk/reward of things.

“You know, me chipping over Kieran Read's head at my own ten-metre line with 45 metres to get to the the tryline is a high risk, and there's probably not an awful lot of reward from that. Whereas me inside New Zealand's 22, chipping into space and the ball bouncing five metres out from their line with me galloping onto it, there's a lot less risk and there's a lot more reward out of that.

“That's actually something that Dan McFarland has taught me through this season, just to look at scenarios in that sense, rather than just going for it because you feel like it.”

Whether or not Schmidt opts to deploy his most potent weapon at 15 in Japan remains to be seen. But it is, at the very least, an exciting prospect for any fan of the game.

Jacob Stockdale is a brand ambassador for Maxol

Read More: "We're Not Worried About What Hasn't Been Done Before' - Stockdale On His World Cup Ambition

Rugby
4 weeks ago
By PJ Browne
Best Of 2021: 'My Son Played GAA And Rugby. He Met People From All Aspects Of Northern Ireland'
Previous Next

Rugby
3 weeks ago
By PJ Browne
Remembering The 'Far From Friendly' Munster v Rest Of Ireland Game From Good Friday 1999
Irish Life
3 weeks ago
By Balls Team
12 Of The Greatest Pieces Of Commentary In Irish Sport
Rugby
4 weeks ago
By PJ Browne
Best Of 2021: 'My Son Played GAA And Rugby. He Met People From All Aspects Of Northern Ireland'
Popular on Balls
Football
2 days ago
By Jonathan Byrne
Report: Festy Ebosele Attracting Interest From Bundesliga And Serie A
Football
8 hours ago
By PJ Browne
'If He Continues With Performances And Goals Like That, Stephen Kenny Will See It'
GAA
2 days ago
By PJ Browne
Army Gave Sue Ramsbottom No Time To Drown Sorrows After Laois All-Ireland Loss
Football
1 day ago
By Jonathan Byrne
Peter Crouch's Stories of Being David Ginola's Bootboy Are Comedy Gold