Jacques Nienaber's time with Munster allows him to sympathise with Damian De Allende and RG Snyman.

Over the weekend, the South African pair suffered burns during a firepit accident caused by petrol being thrown on the flames. Munster teammates Mike Haley and CJ Stander were also injured. Though, their burns were less significant than those sustained by De Allende and Snyman.

Nienaber - now head coach of the Springboks - spent 18 months as Munster defence coach under Rassie Erasmus. While living in Ireland - just like Munster's firepit four - he too used petrol to fuel a fire while cooking food on a braai, a South African version of a BBQ.

"Any accident, a car accident, it’s not ideal but it’s not something we can control - that’s why people call it an accident.

"For me, being in Ireland, I understand. To put it in context, it rains a little bit more in Ireland than in South Africa.

"In Ireland, when I was there, if you wanted to use wood fire and braai on a wood fire or sit in front of a wood fire like we do in South Africa if you miss home a little bit, I did the same, I’d take a little bit of petrol and throw it on top of the wood and light it, otherwise the wood is wet so you can’t get it burning.

"So I did it the same way, everybody does it like that over there and accidents happen. They explained it to me and it makes perfect sense. You put fire on and the fire just ran up into the canister and the canister fell and the petrol spilled over their legs.

"But it’s superficial burns, and thank goodness for that. I’ve worked as a physio in a burns unit for three years, so I understand the pain. I said to them, 'I understand the road you guys are going to walk now and good luck with that'.

"It’s very unfortunate, and I feel for them. It could have been way worse and there could have been kids that caught fire. Accidents happen like that. So I’m just thankful that they’re fine and it’s not going to be lasting and they’re going to get through it.

"Is it ideal for us as the head coach? No. I would love them to be fine and to train and all that but unfortunately it’s an accident and it happened and we just have to try and now make plans to get them into the mix as quickly as possible while looking after their welfare and well-being."

De Allende and Snyman were both named in the Springboks squad for this summer's series against the Lions. Nienaber said that both players will fly to South Africa soon if they are cleared by a specialist on Friday.

"Will they be able to play against Georgia? Currently, as I’m sitting here, if everything goes according to plan, yes I think they would. The challenge is, if they get an infection or if for instance there’s some other medical reason they can’t fly to us as soon as possible then obviously it makes it a little more challenging.

"So in terms of that we will have to be adaptable and it’s something unfortunately that we can’t control. It’s going to be determined on how quickly their wounds heal and they can get on a plane and come over here and start training again.

"Hopefully, that can be anything between two and four weeks. So we will just have to wait and see, but currently sitting here I’m very optimistic that they will be good to go." 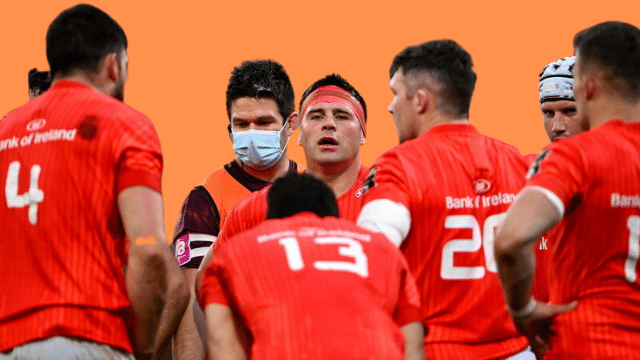