After a brilliant debut against Wales in the first game of the competition, James Lowe will probably be a bit disappointed that he didn't have a bigger impact over the remainder of the Autumn Nations Cup.

That isn't really his fault. The team performance against England was a poor one, and having not featured in the game against Georgia, he would go on to be ruled out of the Scotland game due to injury.

Despite this, there is no doubt that he will be a massive player for Ireland moving forward.

However, he has received some criticism. The main example came after Jonny May's wonder try in the England game, where some felt that Lowe was caught out of position.

Chris Ashton was amongst that bunch. The former England winger was critical of the Leinster man, saying that Lowe is 'too big, too heavy, too slow' for international rugby as a result.

Speaking on RugbyPass' Offload podcast, the Ireland player has now responded. He said he accepts the criticism from Ashton, but did explain the circumstances in the buildup to that passage of play that resulted in him being out of position.

He also said he doesn't pay attention to media criticism, which he said comes from sources who often haven't played the game at the highest level.

Ireland winger, James Lowe has responded to Chris Ashton's comments that he is too big and slow! 🇮🇪🏴󠁧󠁢󠁥󠁮󠁧󠁿🍿@ChristinaMahonx @ryanwilson89 @SimonZebo pic.twitter.com/IcDGDeYAJe

For it to come from a player who is recently out of the sport, to another person who is just coming onto the international stage, it is so tough.

You miss one moment and all of a sudden Jonny May scores one of the tries of the year. It could have easily been stopped by me if I had have gone back, if I had literally just done my job.

I can take that on the chin any day of the week. If you want to really look what led up to that, we got into the positions we were in because I chased a kick, hit Billy (Vunipola), tried to be a nuisance at the ruck, then went and chased a box kick and ended up getting us a penalty. We kicked to the corner and that's how the line-out started.

I was bollocksed at this stage, and that's no excuse because this is international rugby. This is what's expected of you, that's your job and I should have been there. I'll take it on the chin...

I'm not subscribed to the Independent and I don't read all that sort of stuff, because if you do you start getting opinions from people who haven't played rugby since schoolboy stuff. The 'I could have made it', that's what they say at the pub.

Simon Zebo agreed that Lowe had been treated harshly in the aftermath of that game, saying that he probably should have been granted more help from his teammates. 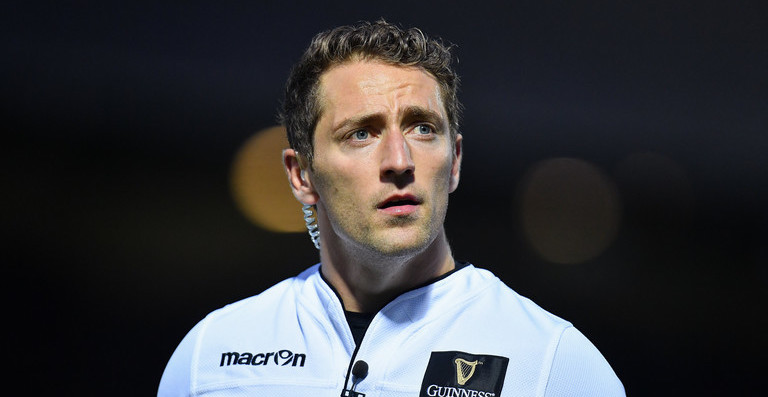 Rugby
3 weeks ago
By Colman Stanley
11 Of The Most Memorable Tries In Irish Rugby From 2021
Irish Life
3 weeks ago
By Colman Stanley
Seven Of The Memorable Post-Match Interviews From Irish Sport In 2021
Rugby
2 months ago
By PJ Browne
All Blacks Greats Disagree On Ireland's New Zealand-Born Players
Popular on Balls
The Rewind
1 day ago
By Gary Connaughton
Quiz: From Which Irish County Did This Company/Product Originate?
GAA
7 hours ago
By PJ Browne
Insane Drama As Late TJ Reid Goal Sends Ballyhale Into All-Ireland Final
The Rewind
2 days ago
By Jonathan Byrne
The Story Of Meat Loaf's Tour In Ireland During The Troubles Is Remarkable
Football
6 hours ago
By Jonathan Byrne
Roy Keane Enjoyed Dig At Harry Kane For Referee Bias Being 'England Captain'