James Ryan Giving Nothing Away With Lions Injury Question

James Ryan has been the centre of much discussion since Alun Wyn Jones' withdrawal from the Lions squad.

Ryan had been expected to take Jones' place, but his absence was ultimately put down to injury - an explanation that raised a few eyebrows, given Ryan was then named in the Irish starting XV as captain for Saturday's test against Japan.

Ryan was asked about his fitness issues immediately after Ireland's tense 39-31 win on Saturday, and he was giving nothing away with his answer.

Look, I've had a few niggles. Credit to the physios who were able to get me back in time for this.

Look, as I said, I was delighted to be able to play today and to lead out my country, it's always a huge honour. We're delighted with that result and we look forward to next week.

James Ryan gives his reaction to Ireland's 39-31 victory over Japan and his side's performance. Ryan is also asked about his absence from the Lions squad. #IREvJPN #RTERugby pic.twitter.com/RGf0CHusbQ

Ryan's so-called "snub" from the Lions squad initially seems harsh, but Gatland's wariness to bring a second-row who spent much of last season injured is admittedly understandable. Ryan's performance on Saturday also did little to suggest that Gatland had made a mistake in leaving him out of the squad.

Nonetheless, if more injuries crop up in the pack, Ryan will now surely be close to the top of Gatland's list of replacements. Jamie Heaslip, on punditry duty for RTÉ, certainly thought so post match.

He didn't answer it, but he said a lot without saying anything.

Look, he's fit, he's captaining his country, and I'm sure that if there's an injury in the second row you wouldn't be crazy to think he'd be wanting a phone call.

Perhaps Ryan will now simply want to put his head down and focus on Ireland's second game against the USA next Saturday.

It sadly appears unlikely he will be joining Gatland's Lions in South Africa, but if he can lead the Irish team to two test victories as captain after a tough season, it will surely spell a successful summer for the Leinster man. 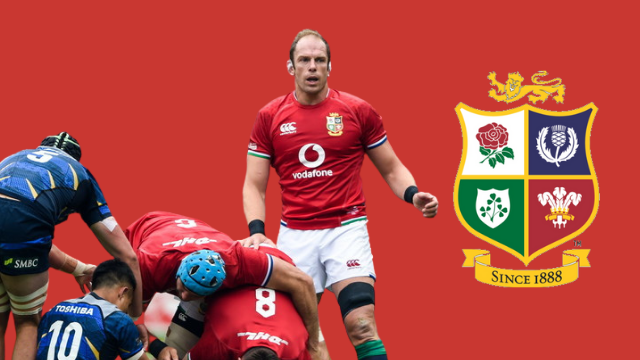