'I Was Just Completely Sick Of It. At The Time It Was Like The World Had Ended'

Sport. Prioritised it and defined by it. This was Jamie Hagan, like so many other Irish men.

It embraces and consumes us, that self-contained sanctity of sport. Common ground and an easy topic for interviews to pour over, for conversation to flourish.

Hagan is a rugby player. A former Leinster, Connacht and Ireland representative. Now in France with Béziers in the ProD2. He’s also spent time with London Irish and Melbourne Rebels.

It was a question about the nuances of his travels that prompted a remarkable response. Framed through the small portrait of sport. Were there any issues with different training methods? Coping with language barriers and novel styles, the importance of being on time.

Yet looming large is the bigger picture. Issues encountered away from the field, methods of coping in the home and in your head, the importance of being open.

“When I went to Australia, it was amazing. The first six months was a fantastic stretch for me and my partner,” the former Leinster man explains, speaking to the Balls.ie rugby podcast, World in Union.

“Before I go on to talk about Australia, I should clarify, I’d personal circumstances there.

“Three matches into the Super Rugby season my partner got extremely ill. It just changed the whole experience for me. She had a tumour in her neck. Up into the base of her skull…”

“That just put a whole different perspective for me on rugby, to be honest. I was done with it. There was a lot of talk about mental health last week and awareness, I slipped into a… I suppose I was very depressed. It took me a long time to even talk about that with my partner. The two of us went through an awfully hard time.”

He had graduated through the Leinster academy before moving out west in 2009. He would return to the capital twice more, with a stint in London sandwiched in between. Come 2016 he found himself playing Super Rugby, but his partner’s illness turned the dream into a nightmare.

Rugby was a love affair that only ignited when he was sixteen. Before then, Gaelic football was the gaiety. The same man who would come on for Ireland against USA at tight-head started out playing as an out-half in Balbriggan.

Able and athletic, skilled thanks to his GAA background and strong thanks to a lasagne appreciation. The paid ranks beckoned.

As a young player starting off playing rugby, you have all these ideas about the grandeur of it all. You play because it’s an amazing thing to do, to play rugby for your province. For Leinster, or Connacht. It feels like a massive achievement. You play because you enjoy it.

The older you get the more pressure comes upon you when things aren’t going your way. The biggest thing I took out of my partner getting ill is that rugby is such a small part of my life. For such a long time I was consumed by it, you live in a bubble. You can become really caught up in it. 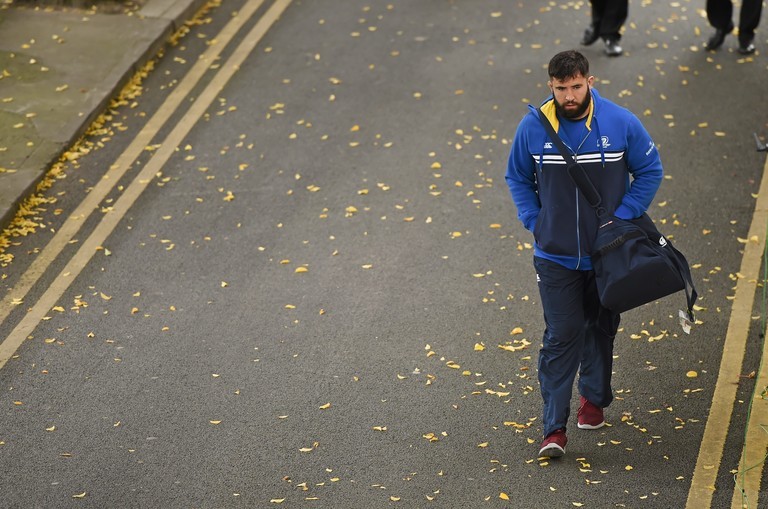 Perception and reality. Living it up in sunny Australia being paid to play the game you love, yet miles away from friends and family trying to come to terms with a serious illness threatening your closest ally.

Off-field matters conspired to corrupt matters on it; training was a chore. His mind was elsewhere. The love was gone: "I retired. I was done."

It was a pretty big awakening. I realised this, the rugby, it's nothing. I was just completely sick of it. At the time it was like the world had ended. I was depressed off the pitch, she was ill and I was trying to keep it together for both of us at the time. That affected my performances on the pitch.

It was a really bad place to be. Looking back now, I can reflect on those experiences and learn from them. Rugby is just a thing in your life that you are privileged to play and it's amazing to have, but your health and partner's health, that’s so much more important. Rugby is only a small piece of your life.

"A lot of my goals were rugby orientated. Now they’re not. I like to think I’m still very professional when it comes to my job. I'm punctual. I do all my extras. Now my mind is focused on what I do for my living but not to the extent when I'm constantly thinking about it. It took something drastic in my life to realise I needed to move away from that. I was putting way too much pressure on myself." 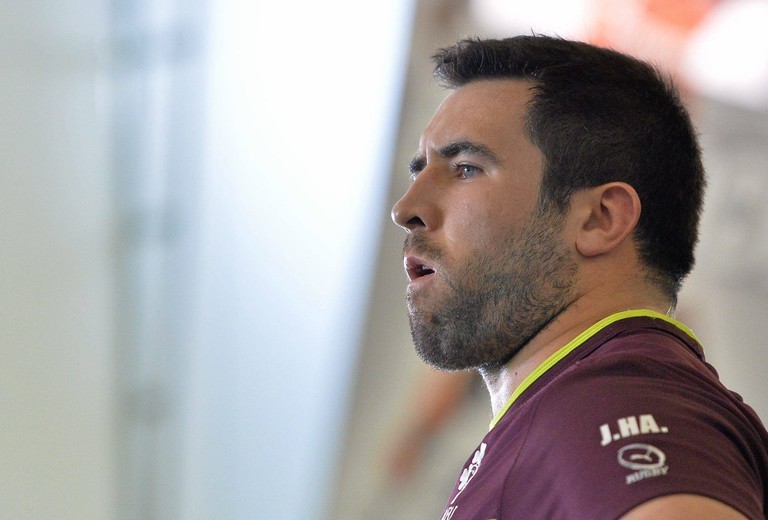 Hagan is quick to praise the Irish Rugby Union Players Association and their 'tackle your feelings' campaign but says across his career, not every club is equipped to deal with the psychological strains placed on players.

For some people they would bend over backwards to help them, others not so much. It would surprise you how many people suffer from mental health issues. As a player, the physical aspect is there but there’s also pressure and life decisions that can build up.

Teams to a certain degree, you are a piece of meat. If you are injured physically there is someone to replace you. To get time back on the pitch and rehabilitee, there is a timeline. But if you have mental health issues, there isn’t a prescribed time frame.

It can be a massive stigma with being mentally weak or having issues. A lot of that old school mentality is out there. There was a campaign in England last week 'it's okay not to be okay.' That was something that took me a long time to realise.

"The only person who knew was the doctor. He was obviously sworn to patient confidentiality. He had said we need to let the coach know but for some reason, I was like ‘no. I don’t want to let the coach know.’ That was probably the worst decision I made. He didn’t know what was going on with me and he could see I was not training and playing effectively. Then it’s too late. That’s a regret.

"I thought 'why do I need to see a psychologist? sure I'm grand.' All this pressure was building up and just exploded. Only now, three years after, can I talk about it. In my head I was naïve. 'I’m a big strong man, why do I need to speak to anybody?' Little did I realise these things come out in different ways whether you like it or not.

"If people are seeing this and going through anything, they need to speak about it. Whether you’re in the AIL, club rugby, U20s, academies whatever, you need to talk to someone."

There is no anger or frustration in Jamie Hagan's voice. Adversity is anticipated, the key lies in learning to transcend it. It's been a familiar phenomenon during his career, mitigating factors resulting in self-imposed pressure and difficulty navigating it.

At Leinster, it was particularly precise. A new coach in the form of Joe Schmidt arrived, demanding a level Hagan had never realised before. His fitness and weight didn't match expectations. From the very first training session, it was "a rude awakening."

The burden told and Hagan looked elsewhere early on in his second year under Schmidt. A deal was agreed with London Irish. Then a funny thing happened.

I’d no more pressure at Leinster, I wasn't forcing it. I played my best rugby and ended up playing for Ireland that season.

But I'd signed to leave in January. In March, Joe came to me and said “is there any way we can get you out of that contract? Have you signed it?” I said 'yes, I have.' That’s a 'what if?' Benty (Michael Bent) came in that year and he’s playing for Leinster ever since. Maybe if I had bidden my time... but that’s how the cookie crumbles. The rest is history.

Having stepped away from the game, a short-term contract as a medical joker in France offered the chance to jump back in. Hagan was hesitant. His girlfriend, Sinead, insisted. A move closer to Ireland, a temporary commitment, a chance to reignite the dream.

His showings were such that he was quickly offered a long-term contract. Hagan is currently in the middle of renegotiating that deal and planning for his wedding, Sinead fully recovered and still by his side.

"After all that happened, I realised she was my biggest worry and my priority. For me, rugby is just a game. I honestly had a totally new lease of life after that. I played some of my best rugby and Béziers responded with a three-year contract."

Post-career, a move home and a career in coaching beckons. But for now, Jamie Hagan is happy.

Enjoying his rugby and a life beyond it.

Rugby
1 week ago
By PJ Browne
Ireland's 2007 Grand Slam-Winning U20 Team: Where Are They Now?
Football
2 weeks ago
By Michael McCarthy
The 10 Greatest Moments From The Aviva Stadium's First 10 Years
Irish Life
5 months ago
By Balls Team
10 Of The Greatest Pieces Of Commentary In Irish Sport
Popular on Balls
GAA
8 hours ago
By Gary Connaughton
Confirmed: We Now Have An Official Date For The GAA's Return
11