Caelan Doris is set to make his international debut this weekend when Ireland face Scotland at the Aviva on Saturday evening. The 21-year-old has been named at number eight in Andy Farrell's first team as Ireland head coach.

In the absence of Jack Conan from the Leinster team, Doris and Max Deegan have vied for the number eight jersey at the province this season.

"I think he has a great ability to play both sides of the ball well. Attack and defence.

"I think his mindset and his grunt and his relentless nature and his consistency is what's getting him the starting spot this weekend.

"But again, with that comes a lot of pressure. It's international footy now. So, the room for error is that bit smaller than European rugby.

"You could argue that no one's challenged Leinster so the room for error that's become used to this season compared to what is coming down the line in international rugby is bigger.

"He's got to react to that. And let's see. But you don't know until you give the kid a go. It's great to see he's got the nod. I'm excited to see him, I think he has the potential to be around for a very long time.

"That's where some players are potentially feeling the pressure come on because you have a crop of players coming through who can do many things.

"That means you've go to do that one thing unbelievably well because there's someone who can do that and other [things]. It's a good headache for coaches. 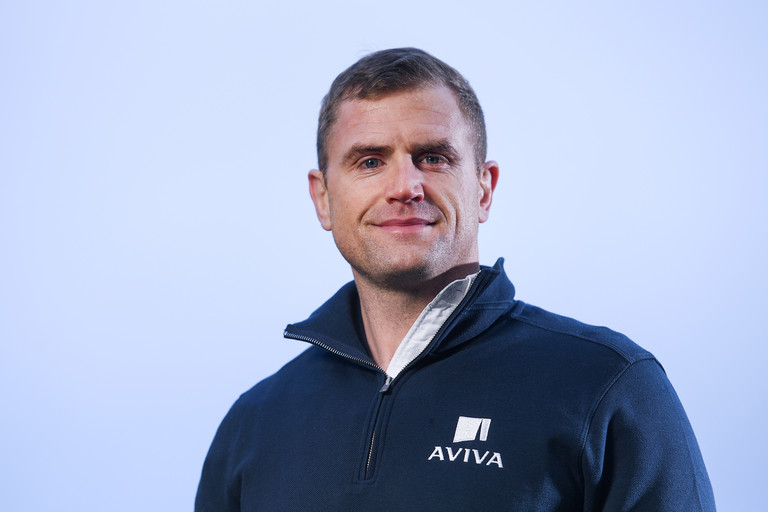 The circumstances of Heaslip's Ireland debut were different to that of Doris. His came in 2006 against the Pacific Islands in a November International. It was 14 months later that he made his Six Nations bow, coming off the bench to replace Simon Easterby against Italy.

"You'd like to think the kid (Doris) will by the end of tomorrow have all his tickets sorted," said Heaslip.

"A couple of guys will probably put the arm around him and tell him just do what you're doing.

"A big crowd is not going to put him off. He's played here (at the Aviva), like. But it's a little bit different when you've the whole stadium shouting for you. There's a buzz off that, there's an energy off that. And the day goes past, it goes by like that. And the minute it's over, he's going to be worried about what song he has to sing on the bus.

"One of the lads will probably give him a jersey and tell him swap that jersey and keep your jersey from the game. Because it's a pretty important occasion. He'll get his cap. And then we'll see how Caelan kicks on. But the day itself will actually go by so fast. And the guys will tell him to enjoy it and do his thing."

Heaslip added that he was surprised to see neither Max Deegan or Jack O'Donoghue as a backrow option on the bench for the game against Scotland.

"But credit where credit is due, Pete (O'Mahony) has shown enough over the last few years to warrant that (a spot on the bench)," he said.

"And we're not even getting into the conversation of Jack Conan coming back, Dan Leavy coming back, Scott Penny coming up through the system as well. It's a good position to be in."

Rugby
8 months ago
By Balls Team
Blows For Ireland As Doris And Roux Ruled Out Of Wales Game
Rugby
3 years ago
By Maurice Brosnan
Watch: Silver Lining For Ireland As Leinster Youngster Gives Star Performance
Previous Next

Rugby
8 months ago
By Balls Team
Blows For Ireland As Doris And Roux Ruled Out Of Wales Game
Rugby
3 years ago
By Maurice Brosnan
Watch: Silver Lining For Ireland As Leinster Youngster Gives Star Performance
Popular on Balls
Football
11 hours ago
By Eoin Harrington
John O'Shea Explains How He Ended Up In Goal For Manchester United In 2007
GAA
18 hours ago
By PJ Browne
Three Live Club Football And Hurling Games On TV This Weekend
GAA
13 hours ago
By PJ Browne
Incredible Penalty Halts Premature Celebrations In Galway
GAA
14 hours ago
By Maurice Brosnan
'Bad Coaching. I Think That Is A Big Problem In The GAA'