Jamie Heaslip has been keen to distance himself from the 'annoying conspiracies' that circulated following news of his surprise retirement less than a month ago.

Putting any suggestion that the Pascal Pape-tackle in 2015 contributed to the premature end of his career to bed, Heaslip, speaking to Off the Ball, was keen to determine that the injury sustained in Ireland's warm-up to last year's Six Nations tie with England did the damage.

Yet, running through various highs and lows of his club and international career, Heaslip revealed how close he came to not getting the latter of these off the ground at all.

Having enjoyed a stellar underage international career that saw Heaslip claim the U-21 World Player of the Year award in 2004, his emergence into the senior set up two years later coincided with a clash of ideas regarding aesthetics with head coach, Eddie O'Sullivan:

The white boots are a lingering thing from the Eddie-era, being told that you won't play internationals wearing white boots, hence why I always tried to wear white boots after that.

Perhaps seen as a little bit of unnecessary insubordination from the young man, Heaslip's initial attempts to satisfy the coach with a tamer boot choice didn't seem right for a player who has always understood the importance of individuality. 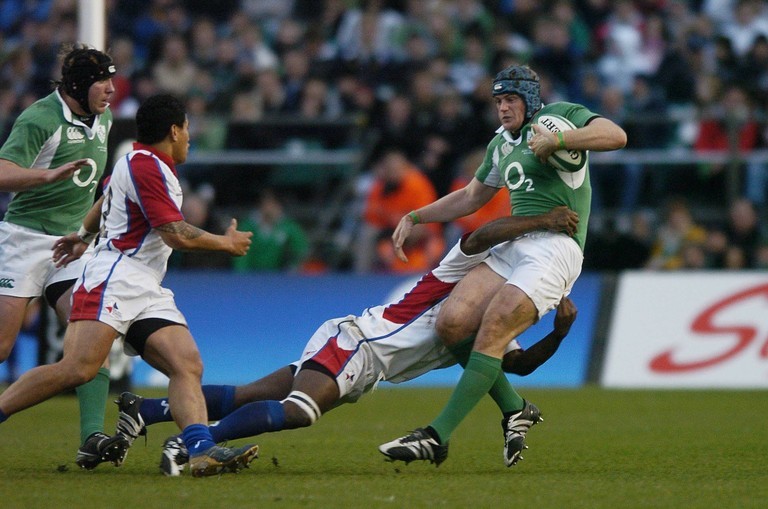 Baffled by the idea that such a "nothing" topic like boot choice could impact your suitability as an international rugby player, Heaslip carried out his protest in some silence at first:

Did I have it out with him? Regarding white boots? No, I mean it was the first time I was in the camp.

Eddie didn't even remember my name first time, he called me Graham three times-in-a-row before I corrected him.

Not wishing to disclose whether he and O'Sullivan ever got over this rocky start, Heaslip was nonetheless thankful that the position was shortly to move to Declan Kidney, and then Joe Schmidt.