Why Jared Payne Actually Is The Answer To Our Centre Problems

Is Jared Payne the best option for Ireland at outside centre?

That's the question the pundits have been asking. Opinion is split. No one can decide whether Payne is actually a good enough centre to play there.

In one corner, TV3's Matt Williams saying that he isn't good enough. In the other, Ireland's best ever centre is saying that Payne is one of Ireland's most important players.

Which is it? What even makes a good outside centre? If the experts can't agree, how are the rest of us meant to know?

According to Gordon D'Arcy's fantastic account of what surviving as a centre means - it all starts in defence.

Centre as an art form begins with defence. Not tackling, defending.

D'Arcy laid a lot of the blame for Japan's two late tries over South Africa at the door of young centre Jesse Kriel.

That's how crucial a centre can be to a team. It could be the difference between a simple win, or an embarrassing loss.

This makes sense. An outside centre is meant to be the leader of a team's defence. If they can't read the opposition's attack, then the rest of the defence won't know where to position themselves. It's all about trust. If the team trusts the defensive capabilities of the outside centre - then they have the opportunity to use an effective system. They could use shooters to narrow the attack, or spread the defensive line out and trust each individuals tackling capability.

But if you can't trust in the leader of the defensive, this communication falls apart. 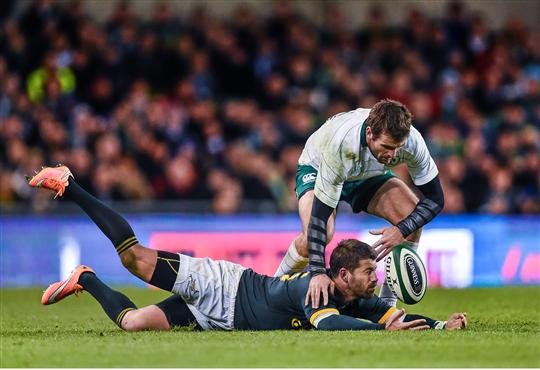 How does this relate to Jared Payne? Is he a good defender?

Usually it’s a prerequisite for a good defender to be a good tackler but the great one’s might only make three or four primary hits in a game. It’s about being in the right place at the right time.

Jared Payne instinctively gets this.

O'Driscoll echoed this sentiment last Friday on Off the Ball, O'Driscoll spoke of how defensively "super sound" that Jared Payne is.

The stats and eye-ball test seem to back this up. Payne has been a standout defender in the last month. Even on Sunday, in his 60 minutes on the pitch he made nine tackles, including two turnovers.

As Gavin Cummiskey illustrated so effectively in the Irish Times this morning, Payne's defensive play is highly intelligent and full of quick-thinking:

Pick any phase of play and there he is tackling, rapidly regaining his feet, rucking or sprinting back into the midfield.

But if Payne is so good at the most important aspect of centre play, what is he being criticised for? 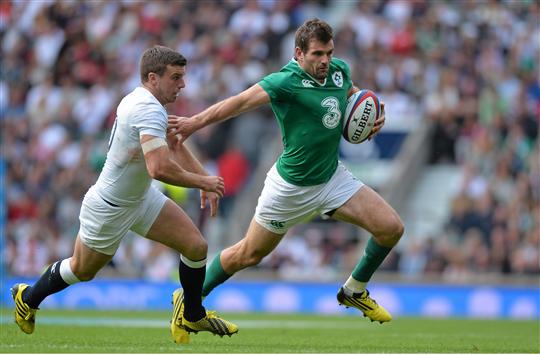 The view from Payne's home country is that Ireland's midfield lacks creativity. Former All Black turned analyst Justin Marshall appeared on BBC Five Live, and said that he doesn't think that Ireland's combination of Henshaw and Payne creates enough opportunities for the talent that we have out wide.

This was a sentiment that was echoed on TV3 last night with Matt Williams. Williams was convinced that Payne doesn't offer enough in attack for Ireland. The two areas that he singled out where his lack of linebreaks, and his poor decision-making.

No one is arguing that Payne's recent decision to kick a lot of ball away is a good one. In fact, that seems to be the crutch on which most of these arguments are based on, so let's get it over with:

Payne shouldn't be kicking the ball away so often. Especially when the kicks that he is putting in are so bad. 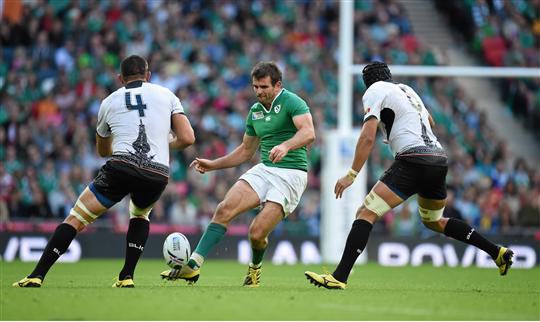 But to say that Payne doesn't offer anything to Ireland's attack is factually incorrect.

Watching Payne with ball in hand, you can see someone who has been brought up in the New Zealand system. He's a highly intelligent player, that uses his footwork when carrying into players to dominate the contact area for quick ball. This is the same footwork that fixes defenders to a spot so that he can release others into space.

Against Canada in particular, the combination of Fitzgerald and Payne fixed the Canadian midfield time after time, and allowed the Kearney brothers and Keith Earls to make yards in space.

He plays really smart head up rugby and Joe has an innate understanding that Jared thinks that way.

When Payne is paired with Henshaw, Ireland have a midfield that gives them balance. Defensively - Henshaw has the power, and Payne's organisation allows both to keep Ireland rock solid. Both players need to be given more license in attack, but they have the complimentary skills that Ireland need. Both can thrive in space, with Henshaw able to cut lines through defenses, and Payne able to put others in space.

Once Payne stops the bad kicking, the calls for him to be dropped will stop.

Is Jared Payne the best option for Ireland at outside centre?

He's a different sort of centre than what's been there before but that doesn't mean that he's not just as effective.

See Also: We Explain The Difference Between An Outside And Inside Centre