Jeremy Guscott Has A Theory About Ireland's Inconsistency 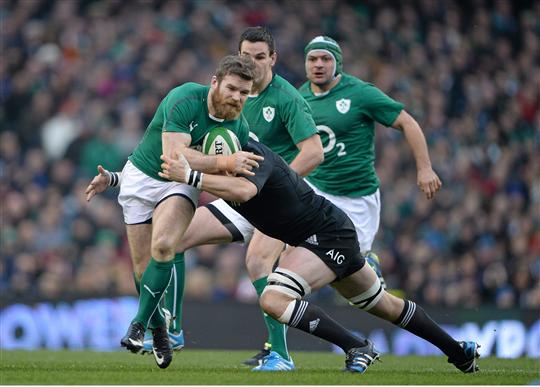 During a Q&A on bbc.co.uk yesterday, Jeremy Guscott claimed Ireland's inability to put provincial rivalries aside has hampered the national team's consistency.

Guscott felt Ireland were very unlucky on Sunday but when asked about their inconsistent performances, Guscott said 'I don't believe the squad have been 100% behind the different coaches; the rivalries and differences between the provincial teams have somehow got in the way.'

There have always been a few murmurings of little things that crop up due to provincial rivalries – such as Keith Earls being afraid to tell his Leinster based Irish teammates that he likes to get his hands on the ball early – but have the problems been big enough to cause such varied performances from the whole squad from match to match?

Guscott also believes that the players haven't had faith in their own capability: 'I don't believe the Irish players as a group have all, at the same time, believed they are good enough most of the time.'

Like all of us, he was on the edge of his seat, saying 'I couldn't have coped with any more drama, I was close to self-combustion as it was!'

Do you think the provincial conflicts have held Ireland back?

Rugby
2 days ago
By Balls Team
Where To Watch Leinster Vs Saracens: Champions Cup TV Details
73

Rugby
6 days ago
By Balls Team
Balls Remembers: The Day We Demolished England And The Bull Hayes Was Moved To Tears
Previous Next