Harlequins won their first Premiership Rugby title in nine years at the weekend, beating Exeter 40-38 in a thrilling final.

The title was unexpected considering head coach Paul Gustard got the boot in January with Quins seventh in the table.

Former Munster player and coach Jerry Flannery, who joined Harlequins last summer, was part of the coaching group which took over.

"I was two days on the piss, sure. My brain is like a head of cabbage. You might have to be a little delicate with me.

"It was awesome. We were straight on it in the dressing room. I didn't realise some of the lads had cigars, they had whiskeys, I think Danny [Care] had a special pair of goggles for the Champagne. They were that prepared.

"We went back to the Stoop. Then went on to the Cabbage Patch, and I don't know what time we got out of there. Then, yesterday, the players rocked down to Brighton, and all the staff went up to The Ship in Wandsworth. We were there until I don't know what time. It was awesome, some craic."

Flannery believes the victory is a owed to a "unique" culture which exists at Harlequins.

"It was just phenomenal," said Flannery.

"It was like a movie. The good thing about it is that it was a real team effort. There was no one person that could say they were the reason that we won.

"I know you boys are tight with Guzzy [Paul Gustard], and he's my mate. I was very angry when Guzzy left. I was real disappointed for him. I didn't know which way things were going to go.

"When it comes together, you see what they can do. Everyone has to take responsibility for what they're doing in the club. Unfortunately, that wasn't happening when Guzzy was there. It was all being left on Guzzy, and he was the guy who went.

"Externally, I can see why people dislike Harlequins because they seem arrogant, but the players back it up.

"I spoke to Snap (Nick Evans) about it, and I said, 'It can be viewed as arrogant'. He goes, 'We call it swagger'.

"The players just keep going, and they make rugby look so easy at times. They make it look so easy how they score tries. I think a lot of the credit is down to those boys. They've created a really strong culture, and it's a unique culture - it's not Munster culture, it's not a Saracens culture, it's unique to Harlequins. I don't know if you could replicate it anywhere else.

"That a big learning for me coming over here: You don't try to force a culture on a place. It has its own identity." 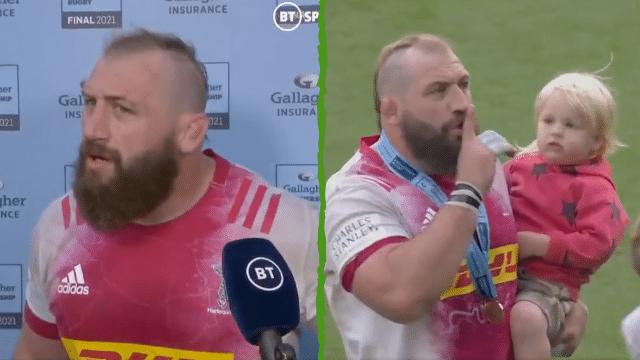 Rugby
5 days ago
By Gary Connaughton
People Couldn't Get Over The Officiating In Castres' Loss To Harlequins
Rugby
8 months ago
By Eoin Harrington
Mike Brown's 16-Year Harlequins Career Is Over After Stamping Ban Issued
Rugby
8 months ago
By PJ Browne
Mike Brown Sent Off For Shocking Stamp Against Wasps
Popular on Balls
Football
2 days ago
By PJ Browne
Ireland's Lee O'Connor Says It Was An 'Easy Decision' To Leave Celtic
Football
1 day ago
By Eoin Harrington
Quiz: Name Every Player To Score In A Champions League Final
Rugby
23 hours ago
By Colman Stanley
Roy Keane Made Quite An Impression On Eddie Jones And The England Rugby Team
52