Ireland entered the autumn internationals hoping to put a good string of performances together, but not many could have predicted how they would be over the last three weeks.

On the back of big wins over Japan and New Zealand, it was expected that Andy Farrell's side would get the victory over Argentina this afternoon. They would run rampant at the Aviva Stadium, piling up the tries as they came away as winners on a 53-7 scoreline.

There is certainly a huge amount to build on for the team moving forward, who will now enter the Six Nations with real ambitions of making a championship push.

However, there are no guarantees that Ireland will be in the same form by the time that tournament rolls around. Players could suffer injuries, while others could even struggle for consistent playing time in the weeks ahead.

Speaking on RTÉ after the Argentina game, Jerry Flannery said that Ireland's dependence on Leinster players could cause an issue a bit further down the line.

I think the Six Nations is definitely exciting now off the back of what we've done.

From here until the Six Nations begins I think something that's going to be a big, big factor is that when you look at the prevalence of Leinster players in the matchday 23, how are they all going to get enough game time between now and then?

When you look at the front row alone, you've got [Andrew] Porter, [Ronan] Kelleher, [Tadhg] Furlong, and on the bench you've got [Dan] Sheehan and [Cian] Healy.

I was delighted to see Joey Carbery play well tonight and Conor Murray involved, because we have to have depth.

The overriding thing that stood out to me is that they are working very strongly off the spine of what Leinster have there, so it's important that Leinster go well.

It will certainly be interesting to see how this plays out in the months ahead, but you would imagine that there should be enough playing time to go around for the players mentioned above.

In any case, there are sure to be players from other provinces that will be hoping to throw their name into the selection mix around the turn of the year. 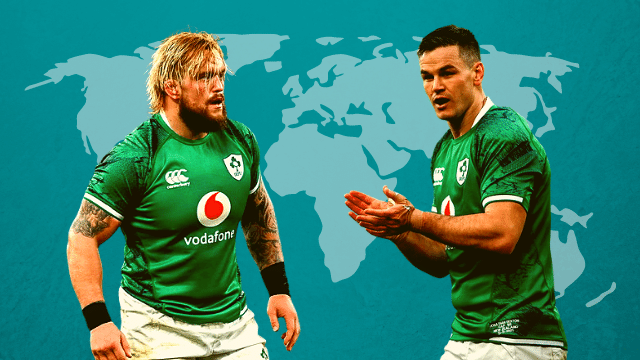