For the second time in his career, JJ Hanrahan is leaving Munster to play his rugby overseas. The 28-year-old Kerryman has signed a two-year deal with French Top 14 side Clermont.

That he was not being offered a new contract by Munster came as somewhat of a surprise to Hanrahan.

"It will be incredibly tough to say goodbye to lads," he told Radio Kerry's Terrace Talk this week.

"When I found out the news of my situation at Munster, it was difficult to hear - something that I wasn't expecting. At the same time, I understand that it's a professional sport and these things can happen. It will be tough. You're leaving family and friends behind, leaving your home, what you know about.

"Once I found out from Munster that I wasn't going to get a contract there, I just had to go to the market and see where I was going to go next. It's Munster or nothing for me in Ireland. I couldn't see myself wearing a different jersey in Ireland.

"Playing in France, it's an incredible experience. I've loved it every time I've been over there. I got my first European start in Clermont. It was one of the most incredible atmospheres I've ever seen. The only place that rivals it is a full Thomond Park with 26,000 people.

"That Yellow Army over there is incredible. When they put an offer on the table, the club itself just spoke loudly that it would be an incredible experience. It was hard to say no. They're playing top level rugby, with a great history, support base, and a good style of rugby. That was a no-brainer.

"I'm definitely more of an optimist than a pessimist. There's a great challenge ahead. I have a bit of work on my hands to pick up a new language.

"I know plenty of lads who've played in the Top 14 and everyone says it's an incredible experience. French people are a lot more laid back than potentially what Irish people are. I've seen that in a few of the interactions I've had with them already.

"Sometimes it can be a bit of a fishbowl in Limerick or Munster. You go over there and it's a whole new world to experience."

Hanrahan made his Munster debut in 2012, playing three seasons before departing for Northampton. He returned to Munster in 2017 after two seasons with the English Premiership side. Being away made his realise how special it had been to play for his home province.

"I haven't told too many people, my mother would confirm this: It was more of a dream to play for Munster than Ireland, which sounds a bit mad as a kid," said Hanrahan.

I watched all the Munster games growing up. It was always Munster jerseys that I had growing up. I got to play numerous times in the red jersey, and every time I did, it was a privilege to represent the people of Kerry, and Currow, particularly.

I really learnt what it meant to me when I went away to Northampton - not that Northampton was a bad experience, it was an incredible experience.

What I learnt about Munster was that, number one, you were playing with your home club, the club you grew up supporting; you were playing with a bunch of guys who you are unbelievably connected with over numerous years who become your best mates, and brothers essentially. You go through the ups and downs together, and it's professional sport where there can be as many downs as ups. You get that tight bond, and when you achieve success, it's incredible.

The out-half has already started a crash course in French. Once he arrives in France, which he expects to be sometime in early July, he will begin taking lessons two or three times a week.

Playing for Ireland remains an ambition though one with decreasing odds given he will not be playing his rugby for one of the four provinces.

"You're always disappointed if you don't get the call to play internationally," he said.

"I've been asked this question a lot lately, more so when I haven't been picked. It's out of your control. That's the way I find peace. I can do what I can do on the field and it's someone else making a decision. There's definitely things you can do more of or better on the field to try and force their hand. Maybe I let myself slip down once or twice in that scenario.

"The writing was on the wall when I didn't get offered a contract. I want to play for Ireland but Ireland have been very clear in terms of their policy of not selecting players outside of Ireland.

"I'll just take it one or two years at a time. I'm still only 28 and would like to think I've a few miles left on the clock yet." 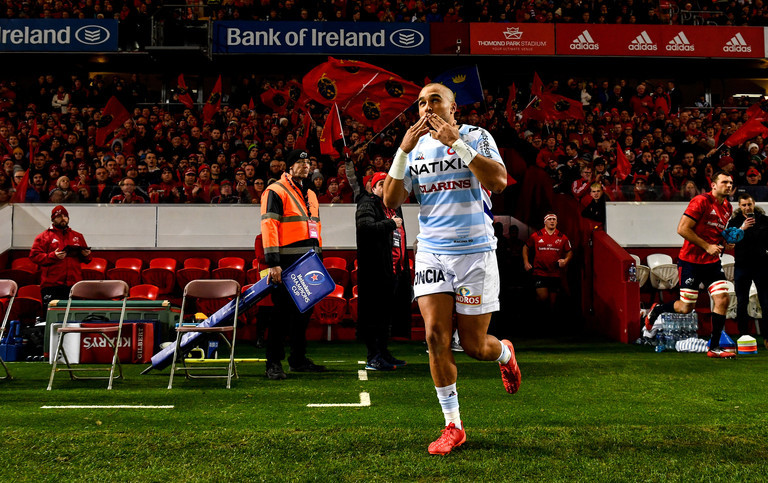 Rugby
4 months ago
By Donny Mahoney
Munster Fans In Awe After Incredible Comeback Win Away To Clermont
Rugby
1 year ago
By Maurice Brosnan
Where To Watch Clermont Vs Ulster? TV Details For Champions Cup Clash
Rugby
2 years ago
By Jamie Cudmore
Jamie Cudmore: Leinster Can't Make The Same Mistakes We Did
Previous Next

Rugby
4 months ago
By Donny Mahoney
Munster Fans In Awe After Incredible Comeback Win Away To Clermont
Rugby
1 year ago
By Maurice Brosnan
Where To Watch Clermont Vs Ulster? TV Details For Champions Cup Clash
Rugby
2 years ago
By Jamie Cudmore
Jamie Cudmore: Leinster Can't Make The Same Mistakes We Did
Popular on Balls
Rugby
21 hours ago
By Eoin Harrington
Mike Brown's 16-Year Harlequins Career Is Over After Stamping Ban Issued
Other Sports
22 hours ago
By Balls Team
12 Of The Most Cringeworthy Moments In Sporting History
The Rewind
19 hours ago
By Balls Team
The 5 Best Irish Accents By Foreigners In Cinema History
The Rewind
19 hours ago
By Donny Mahoney
The Best And Worst British Media Coverage Of The Ballymurphy Verdict