While the Lions playing the opening game of their 2021 schedule grabbed most of the rugby world's  attention today, the English Premiership final was also taking place at Twickenham this evening.

Harlequins would emerge victorious over Exeter Chiefs on a dramatic 40-38 scoreline after a game that was not short on drama.

They scored two tries in the final ten minutes of the game, with this effort from Lewis Lynagh setting them on the road to victory.

This @Harlequins side do not know when they're beaten! 💪

It was a huge win for Harlequins, who had had a rollercoaster season.

They looked down and out in January, only for a remarkable run to send towards the top end of the table. They would then go on to come back from 28-0 down against Bristol in the semi-final to book their place in today's fixture.

There were few happier men in the stadium than Joe Marler.

The prop has been in the senior setup at the club since 2009 and was part of their last triumph in this competition in 2012.

Having been part of all the ups and downs over the intervening years, it's safe to say the 30-year old was overjoyed during his post-match interview after being named man-of-the-match.

It sounds better than the one time!

I appreciate it more, I've taken in every single moment today. At 21 I didn't have a clue what I was doing, in anything! I can't really remember anything. Not in a good way, I remember it in a bad way.

This is another level. I'm so grateful. I don't know what I'm saying! It's loud noises...

There's been a lot that's changed (since January). I can't go through it all because you're on the clock.

We started to believe in what we are and what we want to be. We don't do it the easy way.

It's so good to see this man enjoying himself ❤️🃏 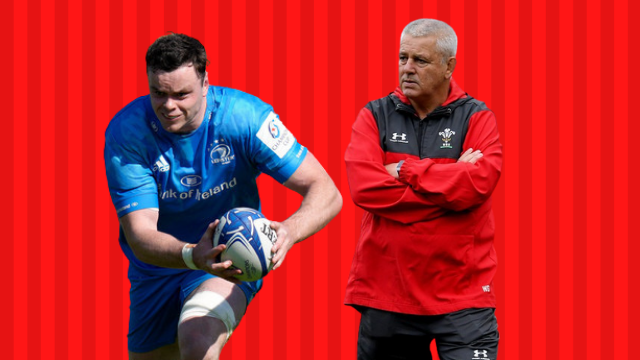 Rugby
2 years ago
By Balls Team
Danny Care Invokes 'Banter' Defence For Joe Marler
Rugby
2 years ago
By Gary Connaughton
Ronan O'Gara Doesn't Think Book Should Be Thrown At Marler For Penis Grab
Rugby
2 years ago
By Aonghus Ó Maicín
Joe Marler Has Just Given The Weirdest Interview In The History Of Rugby
Popular on Balls
GAA
1 day ago
By PJ Browne
The Draw Has Been Made For Tailteann Cup Opening Rounds
GAA
2 days ago
By PJ Browne
Donal Óg Cusack Defends Dublin Hurlers After John Mullane Criticism
The Rewind
3 days ago
By Eoin Harrington
Watch: Brilliant Dermot Morgan Dublin Segment From 'The Travel Show' Resurfaces
Football
3 days ago
By Eoin Harrington
Alan Shearer Says Roy Keane "Ran Away" From Him After Famous Clash