Joe Schmidt Has Spoken About Doping In Rugby 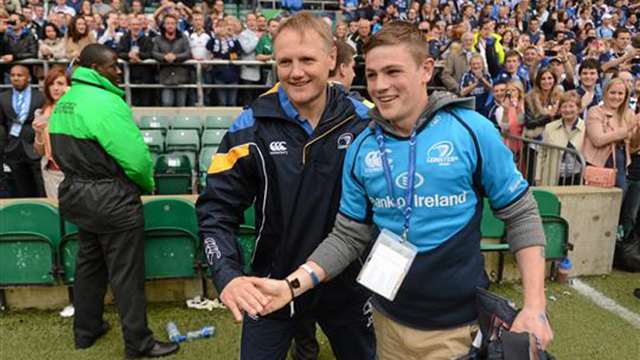 Joe Schmidt is the latest name in Irish rugby circles to comment on the growing debate on whether rugby and Irish rugby has a doping problem.

Schmidt was speaking at the Phillips Sport Manager of the Year awards yesterday where he addressed the media regarding this new topic in Irish sport, while also reflecting on Ireland's year, Paul O'Connell's lineout technique and on Chris Henry and Cian Healy's recovery.

Schmidt was commenting on his experiences in Irish rugby, stating that he hasn't experienced any abuse of supplements during his time in Ireland.

I don't see any abuse of supplements in what I've been working with. I'd question the amount of evidence. One thing I am very aware of is how often they come into camp and get tested. We never know when they are coming in or who they are going to test.

Schmidt complimented the IRFU on the work they do regarding informing the rugby playing population about the dangers of supplement abuse. He reflected that he hadn't seen anything about the possibility of supplement abuse at schools level other than what has been talked about in the media. In Schmidt's experience with schools rugby in Ireland he said of his son Tim, a Leinster Schools representative:

I know my son played three years of Senior Cup and is, wringing wet, about 60kg and I can guarantee that if there is any supplements he is taking they either work very, very badly or there is nothing to be seen there. I can’t speak for other parents but that is my experience of schools rugby.

Schmidt's focus for Ireland is now already looking forward to the Christmas camp in Carton House. Reflecting on the successful year that Ireland had in which the Six Nations trophy was won for the first time in five years, and Ireland rose to third in the world; Schmidt insisted that Ireland's sole loss of 2014 against England was one of the better performances by the Irish team.

He spoke of the tough decisions that will be made at camp looking forward to the first two games of next year, both against World cup pool rivals Italy and France. Ireland have done poorly in Rome on their last two visits, and will be looking to improve their record this week. Schmidt acknowledges the narrow margins of the sport, and is thankful for the depth that Ireland currently have:

We won the Six Nations on a points differential of 10 points. In the last eight minutes against Italy we scored 19 points. All of those points were contributed to by the bench.

On Munster's loss against Clermont last weekend, Schmidt was at pains to play down any weakness in O'Connell's running of the lineout. He referred to the 3 years he spent as Leinster coach trying to expose any lineout weakness of O'Connell's with then Leinster forwards coach and current Clermont head coach Jonno Gibbes.

I've been watching Paul O'Connell for three years, as his enemy, trying to find flaws. The other guy watching with me was Jono Gibbes, he hadn't found one at that stage but if he has fair play to him.

Schmidt also had time to give a positive update regarding the health issues of Ulster flanker Chris Henry. Henry is looking to return for the Six Nations, but Schmidt has told him to focus on getting fit and healthy for the World Cup in 10 months time. While Cian Healy's return is scheduled for mid January.