Since arriving at Ulster, Will Addison seems to have collected one major fan in Joe Schmidt. The Irish head coach played him in three of four November Internationals and hailed his versatility during the course of that. However, as it turns out, Schmidt was an admirer long before then.

Addison qualifies for Ireland through his mother, who is from Enniskillen. The Ulster man played for England U20s and spent eight years with Sale before departing for Dan McFarland's outfit. Incredibly, for the past four years, he has been in direct contact with Schmidt himself. 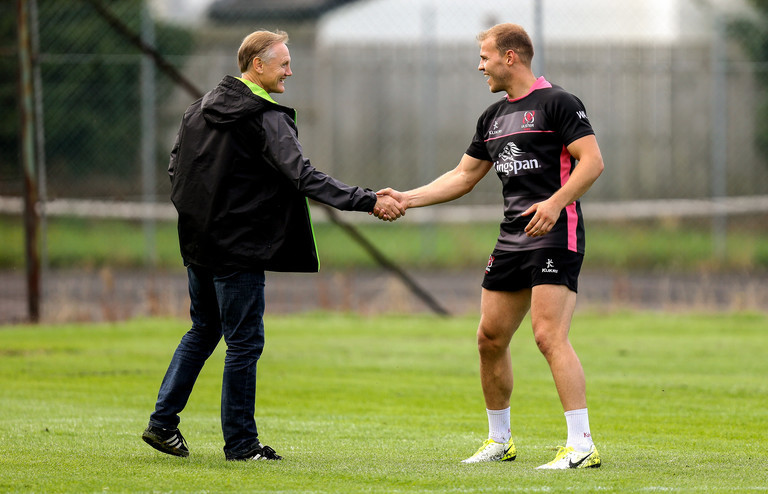 Speaking to the Daily Telegraph, Addison revealed that the Irish coach would regularly contact him about his in-game contributions.

I would get a text about something I did in the 69th minute of the match against Bath away, which I’d completely forgotten about. That’s the level of scrutiny he goes to and at this stage, I’d probably be at the back of his queue with so many great players to choose from in Ireland.

Any time you get a text off the best coach in the world, it kind of takes you aback. You really appreciate the effort he makes. He is amazing at giving you little tips and pointers on how I could improve. All those insights I gleaned off him in those four years have been really invaluable

Schmidt is renowned for his attention to detail, with Addison's admission merely further evidence of that. The World Rugby Coach of the Year is fanatical about the game. Addison was included in a training squad last June, before he had even played for Ulster. Yet the Irish coach knew more than enough by then.

As he said after the Ireland victory over New Zealand, he watches rugby for a variety of reasons. The Mitre 10 Cup was cited as a good competition to rip plays from. Identifying skilful players seems to be another.

After Addison's superb showings against Scarlets and Leicester, there were noticeable complaints online among English fans at how they could let such a player slip through their grasp.

You get the sense Schmidt would never let that happen.