'He Texted Me During The Six Nations, Giving Me Some Great Words Of Enthusiasm'

"It is great for us," John Cooney said of recent Ulster acquisitions Ian Madigan and Alby Mathewson.

Madigan will return to Ireland after four years abroad with Bordeaux and Bristol. All Black scrum-half Mathewson joins after spending the 2018/19 season with Munster and then returning to Australia after the World Cup.

"If we want to be a team that is competing for trophies we have got to have that strength of depth in the squad and it is something that Dan [McFarland] has underlined several times, that we need players to provide cover in every position so we can even have the rotation that say Leinster have," Ulster scrum-half Cooney said on a Zoom call to promote Tackle Your Feelings.

"It is huge for us to have two internationals, two incredibly strong players to come in and it gives us an opportunity to learn off them.

"I know Ian well. Alby, I've played against him a couple of times.

"Ian, first and foremost, has got a lot of maturity from his travels. I've spoken to him a few times; he texted me during the Six Nations, giving me some great words of enthusiasm.

"I grew up with him, played with him underage. He has an incredible skill-set, his passing game, his running game is incredible.

"So he seems to be very good with the players around him, in terms of the out-halves at Bristol. He seems to do a lot of work.

"From speaking to him, I can tell how enthusiastic he is about starting again. I don’t think he sees this as him coming over and getting his place in the team. He understands he has to work hard to get into the squad." 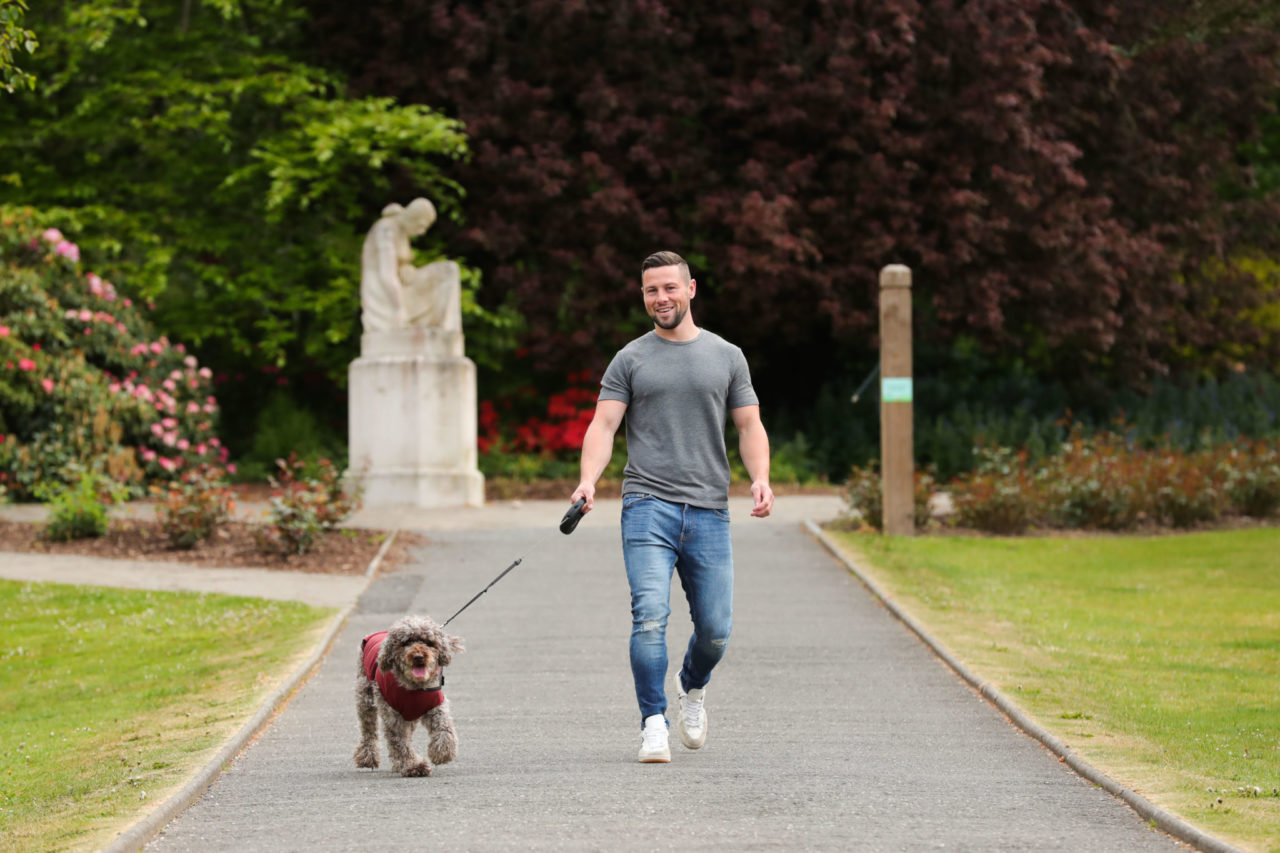 Ireland and Ulster Rugby Player and Tackle Your Feelings ambassador, John Cooney has today shared his story of how in challenging times setting goals and working towards them helps him Take Control, a powerful message in these uncertain times. Photo by Kelvin Boyes / Press Eye.

Ulster's season was tripping along nicely before rugby was halted by Covid-19. They were second in Conference A of the Pro14 and slated to play Toulouse in the Champions Cup quarter-finals.

"I have just got a couple of my jerseys framed there now and I’ve made a point that I'm not putting up one of my Ulster jerseys until we win something," said Cooney.

"Losing last year’s [Champions Cup] quarter-final to Leinster was heartbreaking but even so we took a lot from it, indeed from the whole campaign, especially away to Scarlets. I remember that being a turning point in our season, nobody thinking we could go over there and get a bonus point away to a team that in recent years had been so successful.

"That quarter-final made us believe that we do belong in the top flight of rugby. It could have went the other way and it didn’t. That [Pro14 semi-final vs] Glasgow was even more disheartening due to the fact we didn’t fire a shot. When I look at it, that was the game that annoys me the most over the couple of years I've been with Ulster.

"Everyone is itching to move on. When I came back from Ireland pre-season, last August, [I saw] how hard everyone was working. There was a want for everyone to come back.

"We need to learn from those experiences and continually improve. The thing Dan drives all the time is that want and desire to get better. We have seen it, it comes from the strength in our squad; the experience all our players are getting - we're all a year older, a year more experience - I know I've learnt a lot in the last year or so, it shows the difference a year can make.

"It can also just click. I was part of the Connacht team that won it. The collectiveness in the squad was incredible. The hard work from two or three years prior that Pat Lam brought in, it all came together in one season."

Tackle Your Feelings was launched by Rugby Players Ireland and Zurich Ireland in 2016 and is funded by the Z Zurich Foundation. Today John was on hand to lend his support to the #ImTakingControl campaign which encourages people to ‘Take Control’ of their mental wellbeing using principles from both sport and positive psychology.

In what is a difficult time across the island of Ireland people can be struggling to look to the future with positivity, Cooney is sharing his story of how earlier in his career he was struggling mentally and had no certainty of what was going on. He explains that by taking control of the situation and setting goals and adopting practices “as if” he had already reached his goals he was able to achieve his proudest moment of winning his first Irish Cap.

Cooney acknowledges that by Taking Control of his mental wellbeing he is able to manage situations better and urges people to take control by using the Tackle Your Feelings App and website.

John Cooney: 'Getting That First Kick Vs England Was Huge. 8 Years Ago I Couldn’t Kick For My AIL Team'