Ireland Continue To Benefit From The Renowned Rugby Coaching Tree

Leinster have confirmed that John Fogarty will join up with Ireland to replace Greg Feek as the international side's scrum coach after the 2019 World Cup.

It's a progression that is both positive and was expected. Scrum coaching is a specialist job and as the lads discussed on this week's Balls.ie rugby podcast, World in Union, Ireland needed a new expert.

As well as an interview with Tom Savage of ThreeRedKings.com, who told the lads about his remarkable journey from a Dublin homeless hostel to providing a successful service for rugby fans online and a discussion about Munster's system problems, we reflected on John Fogarty and the source of so much scrum knowledge.

So much of it stems from New Zealand scrum guru Mike Cron. Often referred to as 'the scrum doctor', Cron is a leading expert in his field and actually coached Feek at Canterbury Crusaders.

When Feek arrived in Ireland in 2014, there was a historic reliance on pivotal players for the scrum to function, firstly in John Hayes and then in Mike Ross. 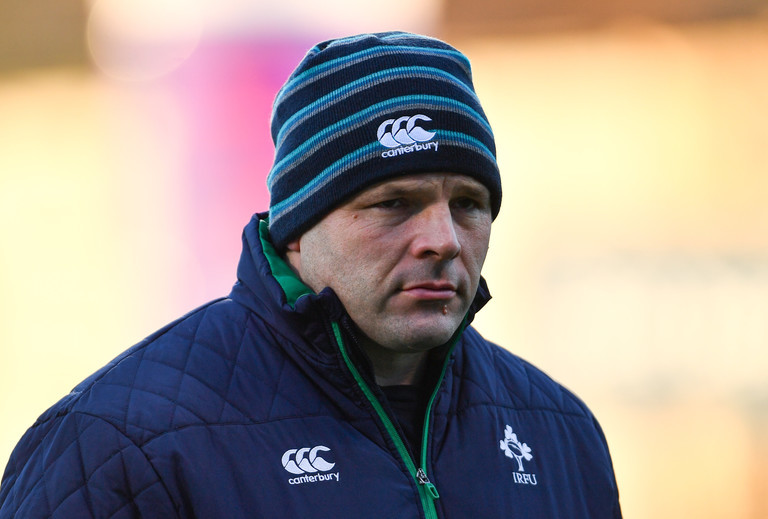 The depth for both sides of the scrum is now unprecedented. Tadhg Furlong is reinforced by Andrew Porter and John Ryan. Finlay Bealham has been superb for Connacht this year. Likewise, Marty Moore at Ulster has been terrific. Cian Healy, Jack McGrath and David Kilcoyne ensure the loosehead position is as strong as it has ever been.

Feek has been pivotal to this process. When Mike Ross retired, Feek encouraged him to take an advisory role with Leinster's academy props. Ross's coaching progression continues now. When he took a role with the Irish women's side, Ross told the press he had strong suspicions Greg Feek nominated him for the position.

Writing in his autobiography, Dark Arts, Ross explained that at Leinster Feek was meticulous and spotted simple solutions that had significant results.

He was an outstanding coach and he picked up on the simplest things. We had a habit of setting up on our toes, so that we'd get across the mark faster. At the very first session with Feeky, I remember he said that he wanted us on the balls of our feet. 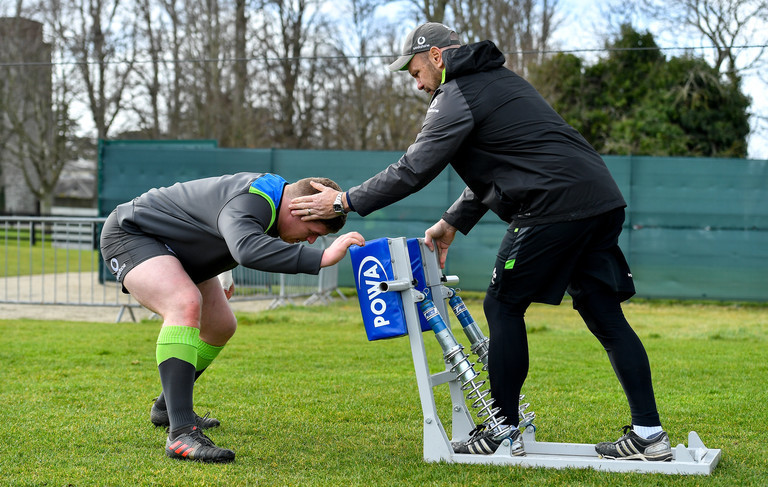 Fogarty is someone who also benefited from Feek's expertise at Leinster and applied it to his own coaching. In the same book, Ross explains that after Bath beat Leinster 19-16 in 2015, the entire front row and replacements were brought into the upstairs meeting room in UCD on a Sunday.

For an hour and a half, they went through every single scrum from the day before, detailing what went wrong to ensure it didn't happen again.

Leinster quickly fixed the problem and went on to build a scrum that has proved a potent platform.

The best scrum coaches possess a remarkable attention to detail, whether it be Fogarty, Feek or Cron.

To listen to the full podcast, search Balls.ie on Spotify, iTunes, Pocketcast or all good podcast platforms.

Rugby
1 day ago
By Gary Connaughton
Watch: Liam Williams Will Miss Ireland Six Nations Clash After Red Card
Rugby
2 days ago
By Balls Team
The Women's And Under 20's Six Nations Have Been Postponed
Rugby
4 days ago
By Sean Meehan
EPCR Confirm That The Champions Cup And Challenge Cup Have Been Suspended
Popular on Balls
GAA
20 hours ago
By PJ Browne
10 Counties Represented As 2020 PwC Football All-Star Nominees Revealed
1