Connacht captain John Muldoon announced today that he will retire from rugby at the end of the season.

These are six reasons to love the Portumna man.

Paul O'Connell looks to heaven and wishes he could have a beard like John Muldoon. 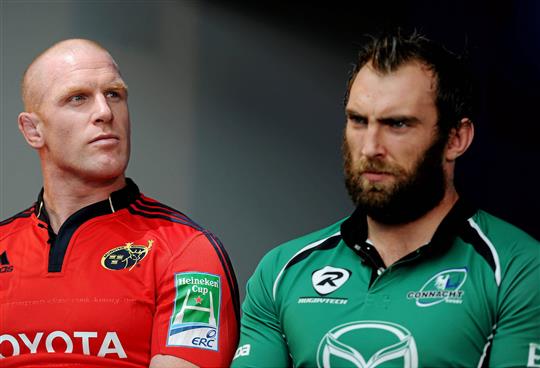 The Bull Hayes questions his masculinity due to proximity to the beard. 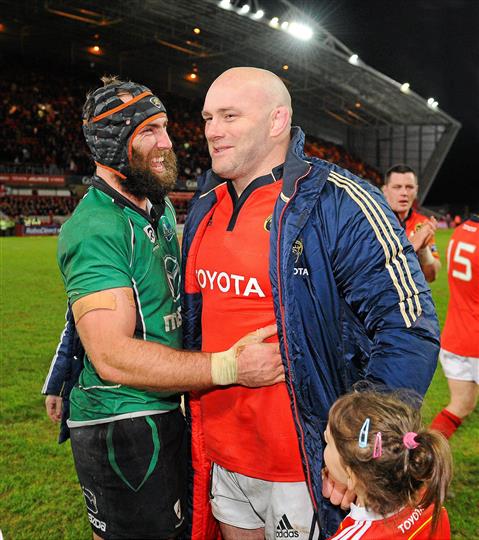 17 years. 320 games. Broken bones. Big wins. Bad losses. Dozens of teammates. Fewer coaches. Europe. Russia. Celtic league. Pro12. Pro14. Flights. Buses. Friends. Supporters. I've been so proud to be part of it all, but every journey sadly must come to an end... pic.twitter.com/lSHYPDqcY0

Muldoon was in his mid-teens before he started playing rugby. In a segment on 'Thank GAA It's Friday' back in 2016, he said rugby only entered his life as a way to stay fit during the summer. Before that, his life was all about hurling and dreams of being Galway legend Joe Cooney.

He won Galway minor championships with Portumna in 1998 and 1999 and the following year won an All-Ireland minor title as part of the Galway team which beat Cork.

His love of Joe Cooney

In an interview with Denis Walsh for the Sunday Times last year, Muldoon told of a Q&A session which he once had with Sky Sports.

Sky Sports collared him for an interview once, one of those set-piece Q&As. They asked him to name his hero and he answered Joe Cooney, the famous Galway hurler. Politely, they stopped filming and asked him to name somebody that people would know. He said Muhammad Ali, but he didn’t mean it.

Chancing his arm against Wasps

The clock was in the red when Connacht won a penalty late in their Champions Cup game against Wasps on December 17th, 2016.

The losing bonus point secured, Connacht needed a try to at least draw the game.

Preferring the lineout option to a quick tap and go penalty, Muldoon chanced his arm with the assistant referee who had taken over from Jerome Garces during the match. New laws which came in earlier in the month allowed a lineout to be taken following a penalty, even if time was already up. However, those laws were not in place at the time of the game.

I thought they were in already..? 😬🙈 https://t.co/MHjQHZ9cxp

Still, Muldoon reminded the referee of the new law.

The new rule, you're allowed to go to the corner and you have time.

Naulia Dawai would go over for the try. Jack Carty would kick the extras to seal the win.

The EPCR would release a statement the following day saying the try should not have been allowed. The victory would stand, though.

Rugby
2 months ago
By PJ Browne
'It Was So Unhealthy, I Had Screenshots Of What This Person Said On My Phone'
Previous Next

Rugby
1 week ago
By Michael McCarthy
Connacht's Greatest Day Leads An Extensive Eir Sport Gold Lineup This Week
Rugby
2 weeks ago
By Balls Team
Connacht Announce Limited Edition 'Heroes' Jersey In Aid Of Charities
Rugby
2 months ago
By PJ Browne
'It Was So Unhealthy, I Had Screenshots Of What This Person Said On My Phone'
Popular on Balls
The Rewind
8 hours ago
By Michael McCarthy
Watch: Aussie Cameraman Assaulted By US Police On Live TV, Prime Minister Demands Investigation