'Most Rugby Players Are Strong, You Need To Start Mastering Your Sport'

There exists an established route from playing to coaching for players as they transition towards retirement. The reason for this is obvious; years spent studying sets them well to start teaching.

When former Ireland and Connacht player Johnny O'Connor finished playing, he knew exactly what he wanted to do next. Not quite coaching but close; O'Connor became an expert in strength and conditioning.

"I played for 13 years and for five of them I basically stole a living because I was injured," he tells Balls.ie's rugby podcast, World in Union.

"You spend times around physios, strength and conditioning coaches and psychologists. It felt like something I wanted." 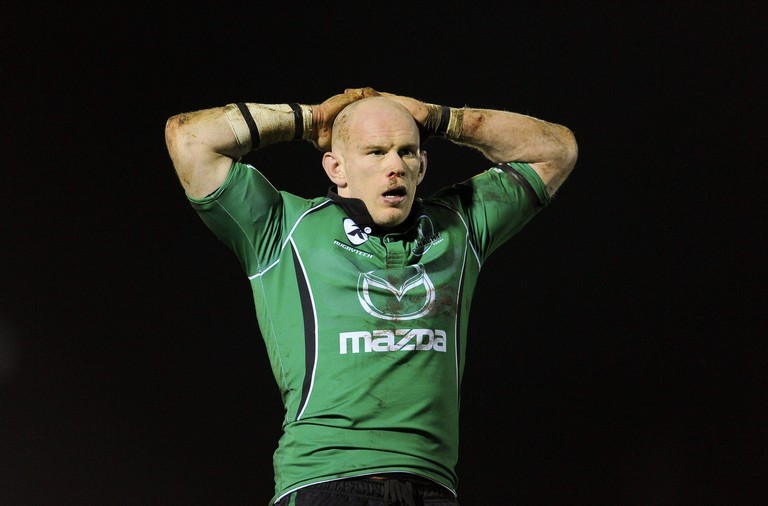 Having spent time with Premier League football club Arsenal post-playing before returning to Galway to join the Connacht backroom team, O'Connor has been at the forefront of the increasing intelligence behind the preparation of modern-day teams.

He knows this progression well, having used certain methods as a player and deployed them as a coach. It is not that things have gone from bad to good. Science develops and people must follow.

Everything evolves. It is not a case of doing things wrong, they were the best methods at the time. In ten years time, we will look back now and say 'what were we doing?' We were a bit silly.' A lot of fundamental never change.

Certainly, for us, the way it has gone, previously when I played it was methods for physical quality. Bench press, squat, strength. Analysis of those and then injury prevention exercises. Essentially you might end up with a better athlete but we need better rugby players.

It is a strategy Connacht have adapted. Everything they do has the sport at the heart of it. 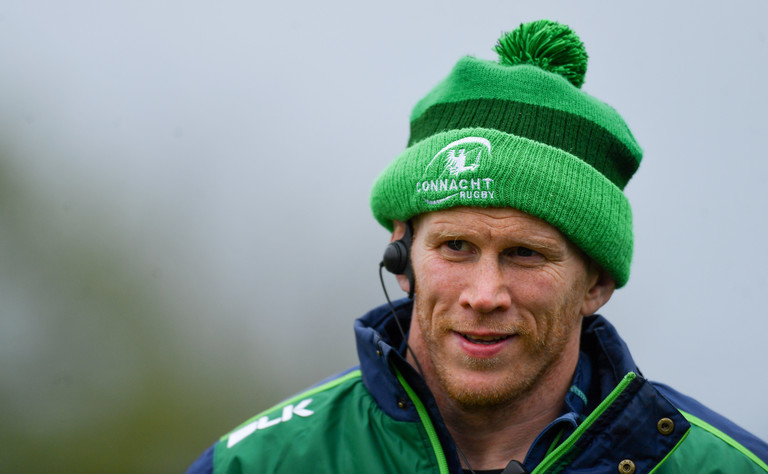 "Now we look at rugby first. Technical module. We look at their physical capacity around that and then the exercise and intervention.

"The positional needs have changed as well. Previously everyone trained the same. We look at players key qualities. Where they need max strength, isometric strength, speed, power. Key movements like scrum, lineouts, carries.

"A back-row player, for example, need breakdown, tackle, carrying. The qualities that underpin those. It is a quadrant of physical, tactical, technical, psychological."

The most important thing for O'Connor is what the coaches want. He works closely with Andy Friend, Nigel Carolan, Jimmy Duffy and the rest of the ticket to understand their expectations and equipe the squad to meet them. It is a close relationship and he would have it no other way.

Once they know the goal, O'Connor can boil it all down to the basics. From there they build their way towards an optimal level, brick by brick.

"Look at the tackle. People always see the end result but going into a tackle there is the entry to that tackle, your shoulder contact, the chasing your feet afterwards.

"Have you won or lost that contact? The things around that, your body height, awareness in terms of hip mobility, is there a strength issue?

"Generally, I think most rugby players are strong, you need to start mastering your sport. The fundamentals around a tackle, a breakdown, a carry.

"Someone may not carry well and you might have to tell them, 'you need to run as hard as fuck at the outside shoulder there.' That can be enough. Big transformations can come from the language we use, how we speak and talk to them.

"Of our squad at the moment, we are plenty strong so it is working on technical aspects. The biggest transferable part is to be good at your sport." 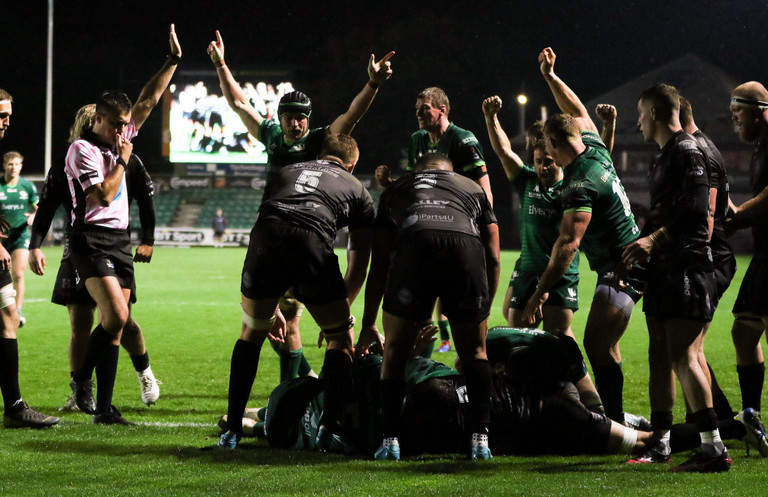 Connacht have started brightly with two wins from their first three games and O'Connor hopes they can sustain that. His work isn't separate from the on-field success but an addition to it.

It has to be that way.

"My time in soccer I learned so much. We got them stronger and they become a bit more robust which is good but the end result is the players with the best technical and tactical awareness did the best. Not the guys with the highest scores.

"Coming back into rugby that stayed with me. You have to look at rugby first."

You can listen to the full interview here.

Rugby
2 days ago
By Colman Stanley
Bundee Aki Apologises For Confronting Ref After Connacht Concede Late Try
Rugby
2 weeks ago
By Colman Stanley
Connacht Hold On In Tense And Scrappy Derby With Munster
Rugby
3 weeks ago
By Jonathan Byrne
Rugby Roundup: All The Players That Signed New Deals With Provinces
Popular on Balls
Golf
1 day ago
By PJ Browne
Seamus Power Into World's Top 50 Golfers After Another Great Weekend
Football
22 hours ago
By Gary Connaughton
Some Pundits Are Revelling In Rafael Benitez's Everton Sacking
32