While it won't quite make up for the disappointment of Paris a few weeks ago, Ireland did get things back on track during their convincing victory over Wales tonight.

It was a game that Ireland dominated right from the off, and only for some sloppy finishing and some needless penalties on the other end, it could have been an even bigger scoreline than the 32-9 one we got.

There were a number of positives, including a stunning debut for James Lowe. However, Andy Farrell also comes away from the game with some potential headaches.

Having started the game brightly, Johnny Sexton was forced off just before the half hour mark with an apparent hamstring issue.

Speaking to RTÉ after the final whistle, he said he would have to wait the extent of the injury. He also felt for replacement Billy Burns who was brought off for a HIA, although the Ireland captain did find time for a joke at Conor Murray's expense.

I just picked up a strain on that penalty. It's frustrating, I was enjoying it out there, but most importantly the team won. It was important to bounce back, the lads showed great character all week...

I don't know. I'll look after it well over the next few days and hopefully I'll bounce back. It doesn't seem too serious, but we'll see what the scan says tomorrow...

I felt for Billy [Burns] after he went off with the HIA. He seems okay after the game thankfully and he was doing really well.

Conor [Murray] came on and finally found his natural position, he needs to stay there now I think.

Ireland now head into a tough looking game at Twickenham next week with some small semblance of momentum behind them, although Eddie Jones' side will no doubt provide a much sterner test than the one they met tonight.

Sexton was pleased with the performance overall, and while there are certainly improvements needed, he feels the team are now moving in the right direction once again.

We're building still. With new coaches and new personnel it takes a while to get used to international rugby. We're getting there slowly but surely...

I was delighted for James to get the score at the end. I'm very happy for the whole squad. When you get questioned like we have over the last couple of weeks it shows character to bounce back. It shows what type of people we are, we are very proud to play for this country.

Sometimes when you don't perform as well as you would like it doesn't come across. You could see out there how much it meant to us. That's what we were most proud of.

SEE ALSO: James Lowe Is Exactly The Type Of Personality Ireland Have Been Lacking 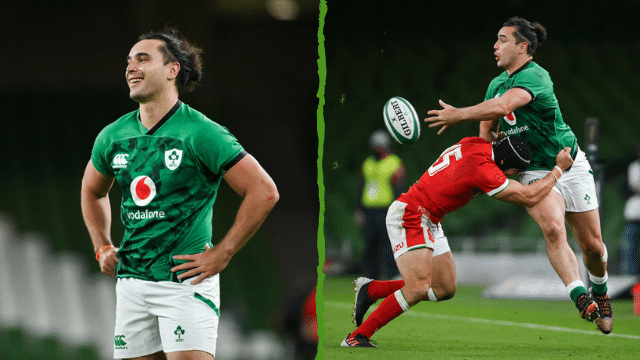