Johnny Sexton Thinks Media Have Been Harsh In Assessment Of Ireland

Ireland defeated Scotland in their final Autumn Nations Cup game this evening, drawing to a close what has been a largely disappointing year.

The Six Nations campaign faltered after defeats in England and France, while another loss would follow in Twickenham in recent weeks.

While they would defeat Wales, Georgia, and Scotland, it was a disappointing tournament overall.

However, the players don't seem to feel that way. Speaking after the game, Johnny Sexton hinted that he thought the media had been treating Ireland harshly considering recent results.

Man of the match Caelan Doris and captain Johnny Sexton speak to Clare MacNamara, with captain Sexton once more insisting the team is in better shape than the media suggest #rterugby #irevsco pic.twitter.com/D6IOHAVDNg

There's obviously a big difference in opinion between the players and the media.

We feel that we're not at the top table yet. We haven't been able to win away from home against the big teams like France and England.

But we've won every other game. Obviously, the performances haven't been amazing for 80 minutes and last week [against Georgia] was a prime example.

But we back our coaches, we think they're doing an outstanding job and it's very different from the previous regime and it takes a little bit of getting used to.

But we've another step to go but we're happy with our progress and today, I think today showed it.

Ireland will now have nine weeks to build on this win ahead of the 2021 Six Nations, with a trip to Wales first on the agenda on February 7th. 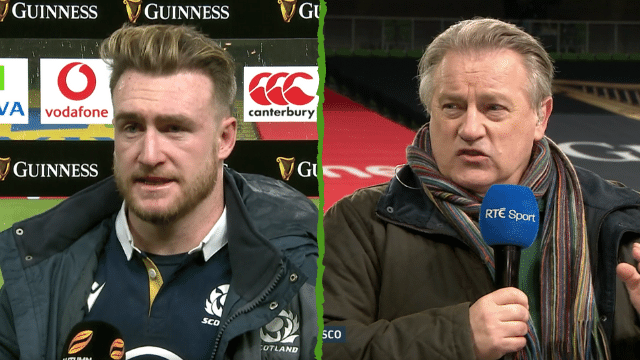