Johnny Sexton is a born winner.

There are few in rugby that can match the sort of winning intensity that he brings to any team he is part of, rarely accepting anything less than the absolute best from both himself and his teammates.

Of course, this can rub some people up the wrong way. Sexton has been known to fall out with teammates at times, especially those who are not used to the level of intensity that he brings.

Jamie Roberts provided a perfect example on the Offload podcast, saying the Irishman was perhaps a bit lucky to avoid a scrap on one Lions tour.

The former Wales centre recalled how Sexton berated Welsh hooker Richard Hibbard in training a few days before a test game in Australia in 2013, and believes the Leinster man was relieved that it didn't come to blows.

The time Jonathan Sexton almost got himself a hiding from Richard Hibbard at Lions training! #BritishAndIrishLions pic.twitter.com/ChgcXZCvhP

It wasn’t a scrap.

Luckily it didn’t make it to a scrap — I can’t imagine Johnny’s the best street fighter...

I don’t think Hibbs (Hibbard) had ever experienced a player speaking to him in training like Johnny did.

Look, Johnny’s a competitive bloke. But it felt quite personal towards Hibbs.

I think Hibbs messed up one of the plays. We are talking about training three days before a Lions Test match, so the session’s quite important.

Johnny spoke to Hibbs like… The evils Hibbs gave Johnny — it’s hard to put into words.

Fair play to Hibbs, he did his utmost just to grit his teeth and hold his nerve, but if he had his time again I think he’d probably lose it.

But it was such a funny moment because all the other lads were just, like: ‘Wow!’ It was awesome...

But we won the Test match. I’ve played with Johnny at Racing and know what he’s like. He’s spoken to me on many occasions like that as well.

He’s won quite a bit in his career, so it obviously works. We all have our own little different ways of pushing people’s buttons, don’t we?

While this incident was almost eight years ago, we can't imagine that Sexton has softened too much in his approach in the intervening years. 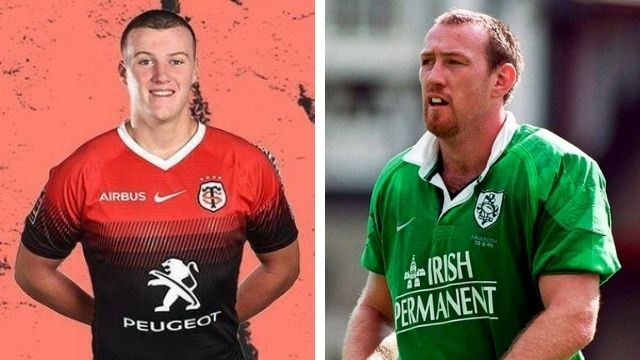