Johnny Sexton replied with a "No" and a chuckle when asked on Wendesday if he'd been hoping for a longer contract with the IRFU.

The 35-year-old penned a new one-year deal last week which keeps him playing with Leinster until the end of next season.

"It was done in the right way," said Sexton.

"Obviously, it was delayed with all the Covid things, like everyone's was. It was agreed pretty quick.

"When you get to the age I'm at - like most guys in their mid-30s - it's one year and see how you feel. This time next year [it will be about] how the body is performing and holding up, how the mind is holding up - that's really it.

"I always knew it was going to be a one year at a time job when it got to this stage. I'm still very hungry to try and achieve success with Leinster and Ireland. Once my teammates know that and see it everyday on the training pitch, that's all that matters to me.

On Sunday, Ireland play Scotland in their fourth game of this year's Six Nations. Sexton agreed with Paul O'Connell's assertion that this is the best Scottish team which he's faced. 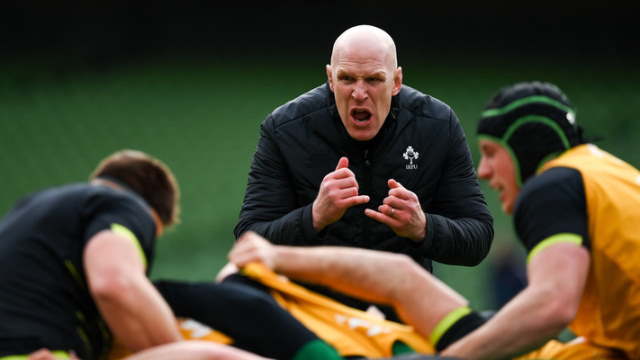 Rugby
5 days ago
By Gary Connaughton
Watch: Leinster Have Bizarre Try Given Against Them During Glasgow Win
103

Rugby
5 days ago
By Gary Connaughton
Watch: Leinster Have Bizarre Try Given Against Them During Glasgow Win
Rugby
3 weeks ago
By PJ Browne
'My Son Played GAA And Rugby. He Met People From All Aspects Of Northern Ireland'
Rugby
4 weeks ago
By PJ Browne
Bantry Bay Slam 'Hashtags And Hollow Words' Of Irish Rugby Bosses
Popular on Balls
Football
10 hours ago
By Eoin Harrington
John O'Shea Explains How He Ended Up In Goal For Manchester United In 2007
GAA
17 hours ago
By PJ Browne
Three Live Club Football And Hurling Games On TV This Weekend
GAA
12 hours ago
By PJ Browne
Incredible Penalty Halts Premature Celebrations In Galway
GAA
14 hours ago
By Maurice Brosnan
'Bad Coaching. I Think That Is A Big Problem In The GAA'