Johnny Sexton has signed a new one-year extension to his contract with the IRFU.

Sexton's new deal keeps him playing for Leinster until the end of the 2021/22 season.

The 35-year-old joked last week that a new was close but he was "waiting on Leinster to see if they want to keep me or not. They've got a few good young 10s coming through".

The out-half, who captained Ireland to their first win of this year's Six Nations against Italy at the weekend, has 97 caps for his country.

"I am really enjoying my rugby and I want to keep learning and adding value to both the Ireland and Leinster environments," said Sexton.

"I am enjoying the challenge of captaincy and the added responsibility that it brings. My appetite for success is the same as it ever was and the ambitions of both the Ireland and Leinster squads match my own."

"Johnny continues to show he has the quality and appetite to compete at the highest levels. He is playing an important leadership role with the Ireland squad and his insight and experience continues to be of great value to the group." 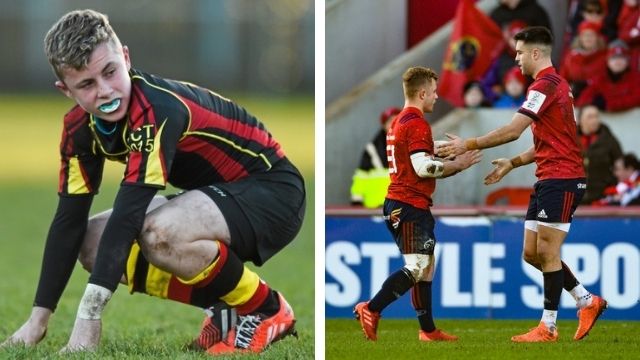 Rugby
1 day ago
By Jonathan Browne
How To Watch Connacht vs Cardiff Blues In The URC
Rugby
1 day ago
By Jonathan Browne
What Is The URC?: A Guide To Everything You Need To Know
Football
4 weeks ago
By Maurice Brosnan
Mockery, Fake Accounts And Rage: The Inside Story Of How Player Ratings Are Received
Popular on Balls
Football
17 hours ago
By Eoin Harrington
Watch: Caoimhín Kelleher Penalty Save Helps Liverpool Through To EFL Cup Fourth Round
Football
21 hours ago
By Jonathan Byrne
The Battle Of Old Trafford: Roy Keane On Why Arsenal 'Crossed That Line'
Football
22 hours ago
By Andrew Dempsey
Shay Given Reveals 'Horrendous' Contract Offer That Forced His Celtic Departure