Join Us At Our Rugby World Cup Preview With Gordon D'Arcy, James Lowe And More

Next Thursday, the 19th September, the day before the World Cup kicks off in Japan, and just three days before Ireland's crucial Pool A game with Scotland, we'll be dialling up the tension and excitement with the show at the Windsor MotorMall Renault, off Exit 5 of the M50. 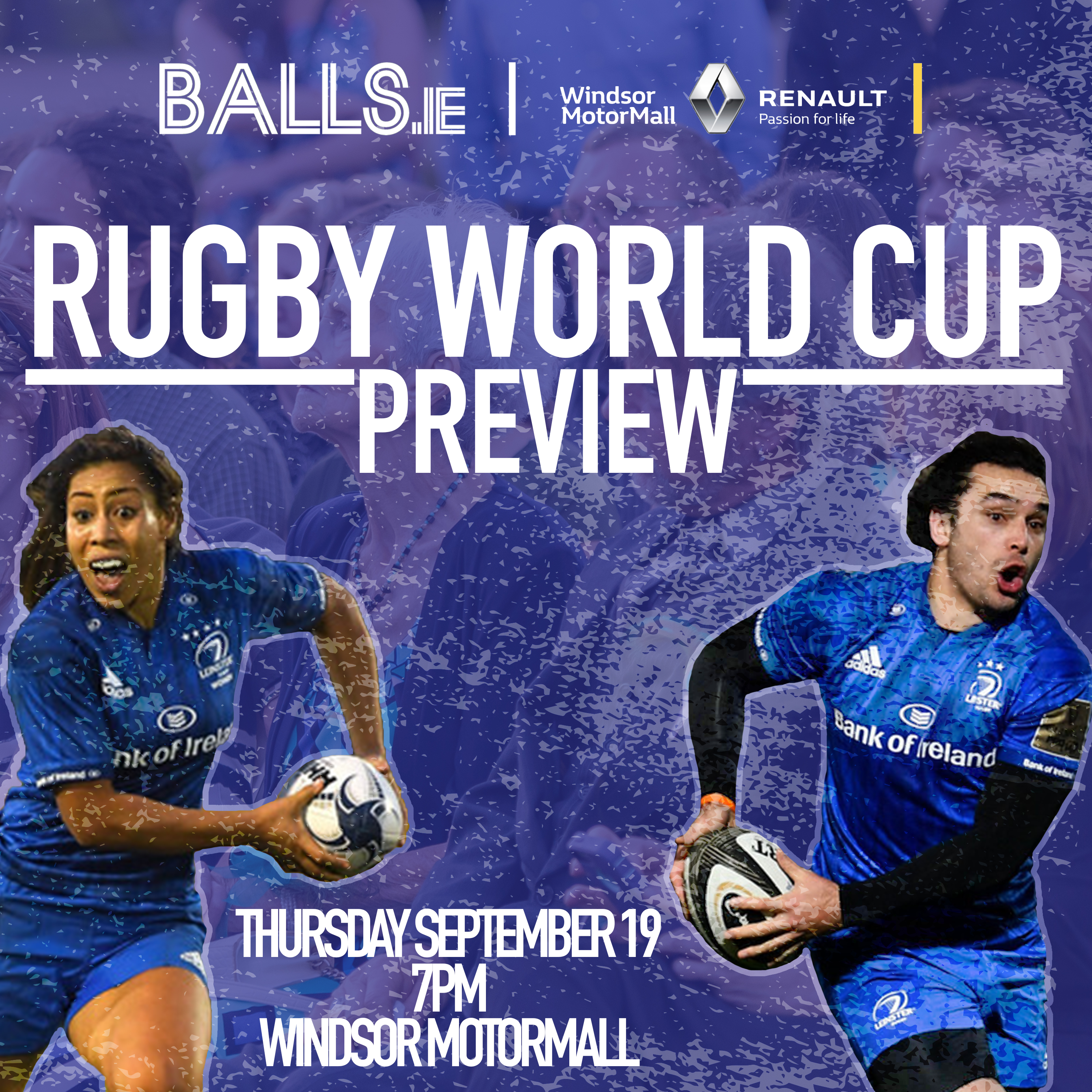 It will be an incredible night for Leinster and Ireland fans in particular in the company of two current members of last year's Champions Cup finalists, a member of the all conquering Leinster Women's team, and a three time Heineken Cup winner and Grandslam winner.

There's plenty of World Cup experience in the house too. Fardy, a World Cup finalist with Australia four years ago, while D'Arcy is a veteran of three World Cups during his glittering career. Naoupu also represented Ireland at the 2017 Women's Rugby World Cup.

It will be a brilliant evening filled with World Cup chat, analysis, games, and some brilliant prizes - all packaged up to be the perfect prep for rugby fans everywhere.
The show starts at 7 o'clock.
Places are very limited for this show, but get your free tickets here.