Just How Many Trophies Can You Win In The 6 Nations?

The 6 Nations Championship, international rugby's premier annual tournament, where the Northern Hemisphere's finest juke it out to see who reigns supreme.

The 6 Nations isn't just a winner-takes-all rugby Royal Rumble, although some years that does occur. Instead, it contains tournaments within a tournament, cups within a competition, it's more like a matryoshka doll than a rugby tournament.

But just how many trophies can you win in the 6 Nations? We're well aware of the big prizes on offer, the prospect of a Grand Slam is never too far away from the Irish psyche if the start of our tournament is promising, but what about the others? 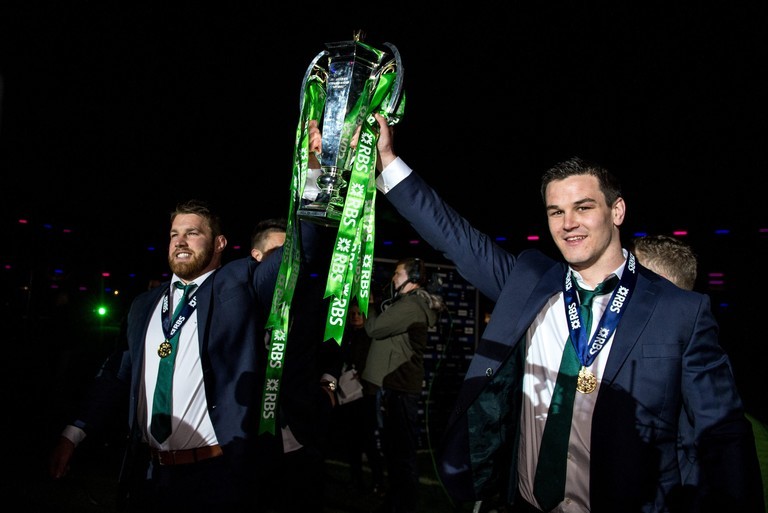 The Grand Slam is the Holy Grail of 6 Nations rugby. It's premise is simple, if you beat everyone, you win the Grand Slam. In an Irish context, we've done this three times, once during the 5 Nations in 1948 and twice this century during the 6 Nations era.

However, you can still win the 6 Nations and fail to win the Grand Slam, which is what Ireland did in 2014 and 2015, where defeats against England and Wales respectively scuppered our Grand Slam dreams.

The 6 Nations trophy is, of course, the biggest prize on offer in the tournament, and it's also the most boring, in our humble opinion.

Remember how excited we used to be at the prospect of winning the Triple Crown? Now, if we win the Triple Crown and fail to capture the tournament as a whole, it'd go down in ignominy.

You win the Triple Crown if you defeat all of the Home Nations, with the four nations fighting out for the trophy being Ireland, England, Wales and Scotland.

In the mid-2000s, Ireland won three Triple Crowns in four years, winning another in 2009 as part of the Grand Slam. It was the same in 2018, where the Triple Crown formed part of another Grand Slam.

Also, the Triple Crown's trophy is a shield, which makes it infinitely cooler than the 6 Nations proper.

The Calcutta Cup is solely contested between Scotland and England each year. The name is derived from a rugby football match played in Kolkata in 1872 between Scottish and English workers, thus forming the Calcutta Football Club.

The club subsequently faltered as the Indian climate wasn't entirely suitable for rugby. So, membership withdrew the club's funds from the bank, some 270 silver rupees, melted them down and made a cup to present to the RFU in 1878, on the basis that it be competed for annually.

The Calcutta Club wanted the RFU to have English club sides compete for it, to create an rugby version of the FA Cup. However, considering the club's foundations and their wishes to avoid 'competitiveness', the RFU decided that each year, England and Scotland would play each other with the winner taking home the cup.

In 1988, Dublin Corporation basically pretended that Dublin City was a thousand years old in order to stimulate economic activity via some gimmickry. Surprisingly, it worked.

One aspect of these celebrations was the creation of the Millennium Trophy, which Ireland and England contest every year.

The trophy itself is a horned Viking helmet, which is absolutely class. 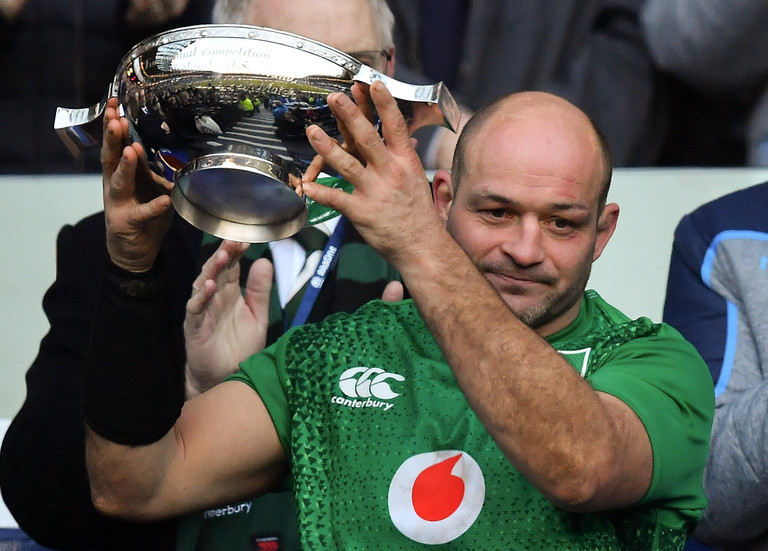 A year after the introduction of the Millennium Trophy, but with a far more fantastical name, the Centenary Quaich was created.

This is the trophy which Ireland and Scotland compete for, with a 'quaich' being a Gaelic drinking vessel. The trophy itself looks like they squashed Sam Maguire in order to create a gravy boat.

Another trophy Ireland can't win, the Giuseppe Garibaldi trophy is contested between France and Italy.

The trophy is named after Giuseppe Garibaldi, an Italian revolutionary and one of the fathers of the Kingdom of Italy. Garibaldi was born in Nice and served as a general in the French Army in the Franco-Prussian War in 1870.

The trophy, which is so simplistic and modern, it could be put in the Centre Pompidou, is basically a squiggly line. However, it was designed by former French international Jean-Pierre Rives, so it gains added chic points.

With that spelling, Scotland have to be involved, and this trophy celebrates their relationship with fellow England-haters, France.

While the name is a reference to a 13th Century brotherhood to control English invasions, the trophy was created to commemorate the Scottish and French rugby players who died during World War I. In total, 30 Scottish and 22 French internationals lost their lives in the conflict.

The trophy itself is silver and sleek, with poppies and cornflowers etched onto the vase for remembrance.

The first Auld Alliance was awarded in 2018, with Scotland beating France in Murrayfield.

The Doddie Weir trophy is up for grabs.

The final 'proper' trophy and Wales are finally allowed into the exclusive club.

Having been introduced in 2019, the Doddie Weir Trophy is the newest trophy in the 6 Nations, with Scotland and Wales both vying for it each time they play each other.

The trophy was created to raise awareness for motor neurone disease, with the trophy itself named after former Scotland lock Doddie Weir, who himself suffers from the illness.

On the trophy itself, Weir remarked that "have done an absolutely fantastic job in making it with some big handles to emulate my massive ears". Either way, the tartan touch at the top is gorgeous.

Not necessarily a trophy, but the ignominy of winning the Wooden Spoon shouldn't go unsaid.

Of course, there's no physical trophy for the Wooden Spoon, its just an idea that haunts every team that takes part in the tournament. 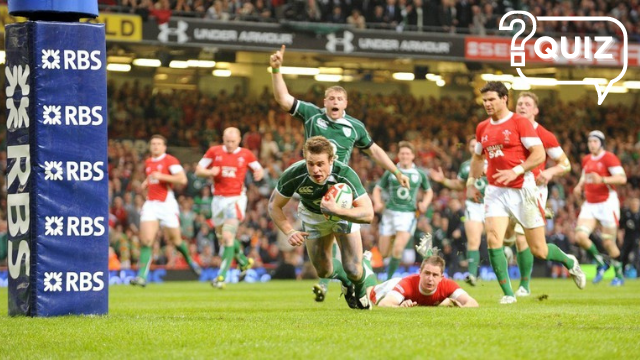