Sitting in the office of a Dublin PR company to face the media on the morning following a Champions Cup semi-final defeat was undoubtedly the last spot Keith Earls wanted to be in. Having to speak about Sunday's defeat would be no painkiller. Still, a man of his word, he turned up anyway.

"I haven't seen my kids yet," Earls told Balls at the announcement of the nominees for the 2018 Zurich Irish Players' Player of the Year Award.

"So when I go home later on to the wife and kids it will probably be a lot easier. It doesn't help talking about it in interviews today.

"I think it was Len Dineen who said to Johann [van Graan] yesterday: 'no one's dead'. That's my thing, putting everything in perspective. But still, when you care about something so much and you can't get there, it's frustrating."

The loss to Racing 92 was Munster's sixth European semi-final defeat in ten years. Earls has been part of all those games. The mood on the plane home reflected the pain inflicted by that recurring heartbreak.

It wasn't great. No one was talking. It was all heads down watching iPads. Some fellas were looking at the game.

An inability to pinpoint exactly what continues to go wrong for Munster on the big days, what prevents them from getting over the line and back to a first European final since 2008 is a headache which continually troubles Earls.

"That's the thing, a lot of us have been involved in a few. We're not that inexperienced as a squad and we just can't put our finger on it, what's going wrong.

"It was hard to believe standing under the sticks after the third try, you know, that it was happening again but all you can do is keep battling on.

"We got back into it and we're doing it the hard way. I don't want to make it out to be a massive crisis or anything like that. It's just that you're playing well all year and then you get to the last four...  It's about your mindset, how you change that." 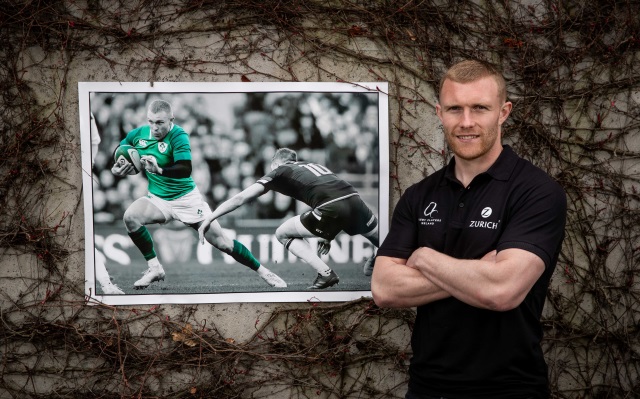 Earls and Peter O'Mahony spoke before the game about needing to start strong. When Teddy Thomas tore down the wing for his first try after just eight minutes, that target had been missed.

Munster went into the battle with a gameplan which had proved effective in previous encounters against Racing: stay in the game long enough to take advantage of a perceived lack of top level conditioning in the French side's squad. Though, conceding three tries in just over 20 minutes had not been factored in. The head start given, Munster were unable to reel in a tiring Racing.

Under the posts, as they assessed the opposition's lightning start, the message was simple.

We just needed to stop their momentum which is hard to do when a lot of them have two or three stone on us. They were getting quick ball and we weren’t getting time to reset defensively as good as we would have liked.

It was just about stopping their momentum and trying to get into our own game plan which we were off with a bit as well.

That Earls was able to play in the semi-final at all was something of a minor miracle. The winger suffered a knee injury during the Six Nations Grand Slam-winning game against England. At the time, it appeared his season was over. Johann van Graan's gloomy outlook regarding the injury would have escalated that feeling.

Eventually diagnosed as ligament damage, he was scheduled to be out for six weeks. The 30-year-old missed the quarter-final against Toulon and it was thought he would also be unavailable to face Racing. Working with Munster physio Ray McGinley, Earls managed to return earlier than expected.

"The physio in Munster, Ray, he stayed back while the other two lads had to go to South Africa and look after the boys.

"I suppose I got back a week earlier than expected and that was thanks to his hard work; having one-on-one treatment with him.

"Years ago it would have been, 'I'm injured, now I can relax' but I think now when you get injured we're more busy. You're trying everything to get back.

"It's important the first two weeks that you've been injured to look after yourself - that can knock a week off the time you're supposed to be out.

"I think that's what happened to me: I had a week in Dubai after the Six Nations with my family and I was running the following week, straight line.

"The knee felt good and I'll keep it strapped for the rest of the season as a precaution. Hopefully, I can get back into good form."

Rugby Players Ireland and Zurich have today teamed up with Irish international rugby player Keith Earls to announce the nominees for the 2018 Zurich Players’ Player of the Year Award. The Zurich Irish Rugby Players Awards, one of the biggest nights in Irish sport, will take place on Wednesday, 16th May, at the Clayton Hotel in Ballsbridge. In contention for the much sought-after Zurich Players’ Player of the Year Award are four 2018 NatWest Six Nations Champions, Grand-Slam winners, Champions Cup Semi-Finalists and two Champions Cup Finalists, who have all excelled for their provinces and country in an incredible year for Irish rugby: Keith Earls, Tadhg Furlong, Conor Murray, and Johnny Sexton. Katie Fitzhenry, Ciara Griffin and Claire Molloy are nominated for the BNY Mellon Women’s XV Player of the Year 2018, while Jordan Larmour, James Ryan and Jacob Stockdale are nominated for the Nevin Spence Young Player of the Year Award.

Rugby
6 days ago
By PJ Browne
Joey Carbery Set For Munster Return After Year Out
Rugby
1 month ago
By Sean Meehan
Watch: Munster Snatch Victory Over Benetton With Last Minute Drop Goal
Rugby
1 month ago
By Gary Connaughton
Watch: Stunning Late Leinster Try Seals Win Over Munster
Popular on Balls
Premier League
13 hours ago
By PJ Browne
Quiz: Name Every Team Relegated From The Premier League In The 90s
Football
10 hours ago
By Jonathan Byrne
Peter Crouch's Stories of Being David Ginola's Bootboy Are Comedy Gold
Rugby
8 hours ago
By Balls Team
Quiz: Name The 25 Players With The Most Six Nations Appearances
43