Campbell will continue his role with the Ulster Academy, having direct responsibility for the elite player pathway in the province. McNamara, on the other hand, will return to the Leinster Academy as manager.

McNamara, who took on the role of U20's head coach in 2018, led Ireland to a U20's Six Nations Grand Slam in 2019, with Ireland's 2020 Six Nations campaign beginning with three wins from three.

After two strong performances against Scotland and Wales, Ireland under 20s headed for Northampton to take on an unbeaten England and we were there to capture the action thanks to @PwCIreland!

PwC are proud sponsors of Ireland's next generation #FutureIsGreen pic.twitter.com/4a7r4CzjAL

However, due to the coronavirus pandemic, the campaign was cancelled, with McNamara's charges unable to complete back to back Grand Slams.

Campbell was an assistant coach to McNamara during his three year tenure, with an emphasis on the attacking side of the game.

Campbell will once again be the attack coach, with Collie Tucker reprising his role as forwards' coach.

Another addition to the coaching ticket is former Ireland international Denis Leamy, who will join Campbell's backroom staff as defence coach.

Leamy has been an elite development officer with Leinster since October 2019, having had an illustrious career as a flanker for Munster, winning two Heineken Cups with the province.

The news comes via the Irish Times, who have also said that this season’s under-20 Six Nations will be postponed until possibly the summer, with the that there will be no World Junior Championship in 2021 as well. 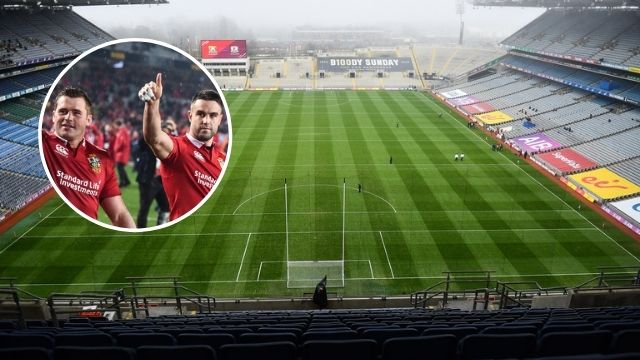 Rugby
1 month ago
By Gary Connaughton
Nucifora: IRFU Have 'No Intention' Of Changing Overseas Selection Policy
13

Rugby
10 months ago
By Shane O'Brien
PHOTOS AND VIDEO: Bono Visits Irish Rugby Team Ahead of England Tie
Previous Next