Andy Farrell may be forced to deal with his first predicament as Ireland head coach a lot earlier than expected with a looming scrum-half crisis.

A report in this morning's Irish Independent has revealed that the Connacht and Irish scrum-half has become a target for European champions Saracens. Despite being involved with the Irish set-up throughout the four-year World Cup cycle, the 27-year-old was a notable omission in Ireland's 31-man World Cup squad this year, as was the case in 2015.

Therefore it's likely Marmion may take up an offer to play under Mark McCall. That Marmion's late father, Mick, played for the London-based outfit may work in their favour.

If Marmion does decide to cross the Irish Sea, it will leave Andy Farrell with his fingers crossed in the hope that the Connacht man remains the sole name on his depth chart to make the move. 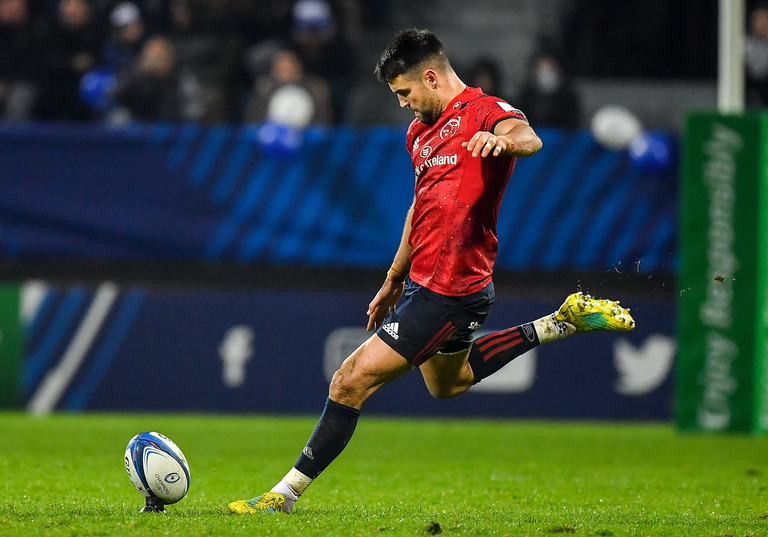 He said: "It’s an interesting and nice option to be able to go and play in a country like that, whether you go down to the south of France or to the UK. Those options are there and they are good things."

Murray's place-kicking ability, along with his reputation as arguably the best number-nine in the world, means the Munster man's earning capacity overseas could be staggering.

If the scrum-halves were to leave these shores that would open the door up for John Cooney who has only eight caps for Ireland, starting just one of those games. Likewise Jamison Gibson-Park is now eligible to play for Ireland, while Caolin Blade is getting plenty of minutes under his belt at the Sportsground.

However, that's still a lot of inexperience to bring into an international squad in such a pivotal position, especially considering Marmion and Murray have been first and second choice scrum-halves for the majority of the last four years.

SEE ALSO: The Ireland Team That Should Start The New Era In The 2020 Six Nations

Rugby
1 week ago
By Colman Stanley
Andy Farrell Reveals Haphazard Nature Of Ireland Team Selection For Argentina Win
Rugby
2 weeks ago
By Brett Igoe
Analysis: Four Reasons Ireland Look Like One Of The Best Sides In World Rugby Right Now
Rugby
3 weeks ago
By Eoin Harrington
Andy Farrell Says Raucous Crowd Played Crucial Role In Ireland's Win Over The All Blacks
Popular on Balls
Football
14 hours ago
By Jonathan Byrne
Bellingham Not Happy With Match Fixing Past Of Referee In Bayern Loss
Snooker
17 hours ago
By Eoin Harrington
Ronnie O'Sullivan Has Photographer Thrown Out Of UK Championships Over Lack Of Tripod
Motorsport
17 hours ago
By Eoin Harrington
Verstappen Crashes Out Of Saudi Qualifying As Title Race Takes Another Twist
Football
1 day ago
By Jonathan Byrne
Jack Byrne Reveals Man City Player Who Was Toughest To Train Against