Kyle Sinckler Was Incredibly Honest About His Lions Omission

There's been plenty of discussion in Ireland about Warren Gatland's decision not to bring Johnny Sexton to South Africa for the Lions tour. There are valid arguments either way about whether or not Gatland should have brought Johnny - but the shock omission from the Lions squad was without question England's Kyle Sinckler.

Sinckler is one of the few English players who came out of the Six Nations with his head held high, and he's been a crucial part of the Bristol Bears side that have climbed to the summit of the English Premiership this year.

Gatland chose to bring both Irish tighthead props, Tadhg Furlong and Andrew Porter, along with Scotland's Zander Fagerson, over Sinckler. The media reaction has widely acknowledged that Sinckler is the biggest name missing from the Lions squad, and it was inevitable he would be asked about it sooner rather than later.

Honestly gutted not to be involved. Appreciate the messages of support. Not a time to feel sorry for myself and blame others. Let’s get behind the squad, wishing the boys all the best ❤️👊 pic.twitter.com/u97RA40Tyk

After Tweeting about his disappointment earlier in the week, Sinckler went to work and put in an excellent performance for Bristol on Saturday. They romped to a 20-40 win against Bath, with a result that sealed the Bears' place in the end of season play-offs.

Sinckler was awarded the man of the match award by BT Sport and during his post-match interview he spoke about the past few days, his disappointment, and his desire to focus on the rest of the season with Bristol.

"It means so much to me.

"In a year or two i'll look back on it and it'll all make sense, but right now it doesn't."

Visibly emotional, he discusses how it felt to miss out on #LionsRugby selection. pic.twitter.com/60H30rku4R

It's been an emotional week, especially for myself. I want to thank my teammates, my family, my loved ones.

I'm not gonna lie, I'm quite emotional right now. It's been tough, like, it means so much to me. I'm just lucky that I had my mentor, we broke it down and I understand now the reasons why. I think I'll look back on it in a year or two's time and it will all make sense, but obviously at the moment, right now, it doesn't kind of make sense.

What I wanted to try and do was lead by example and show the kids...you know, how easy it would have been to play the victim and to say 'how bad is it?' 'Sorry me.'

Throwing my toys out of the pram, you know...it's been so tough, I've never experienced anything like this my whole life, let alone my career. I'm just lucky I've got a good support team around me and I've just...it's just been tough.

I just wanted to get on with it and use that anger, I've got so much anger inside of me right now! But actually use it in a positive way and do what's best for the team and do all the unselfish stuff. I think I did that today and it's good the boys got the win.

You have to admit, that's a fairly classy response. 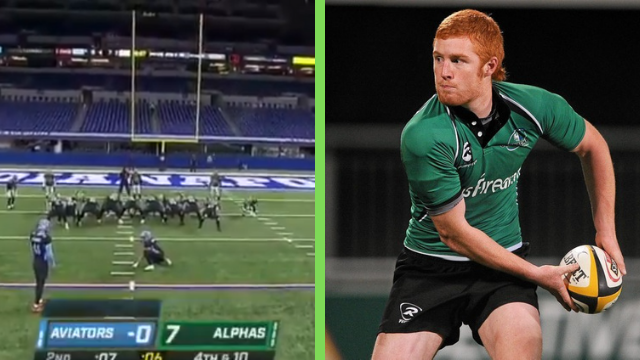