Our 'Lads Who Were Better Known For Other Stuff' Rugby XV

We pick a team of people from the worlds of sport, politics and whatever else who played rugby to a decent level.

Positions are hard to pick out, owing to the preponderance of backs but we have arranged them in a team based on what we think they could be capable of. 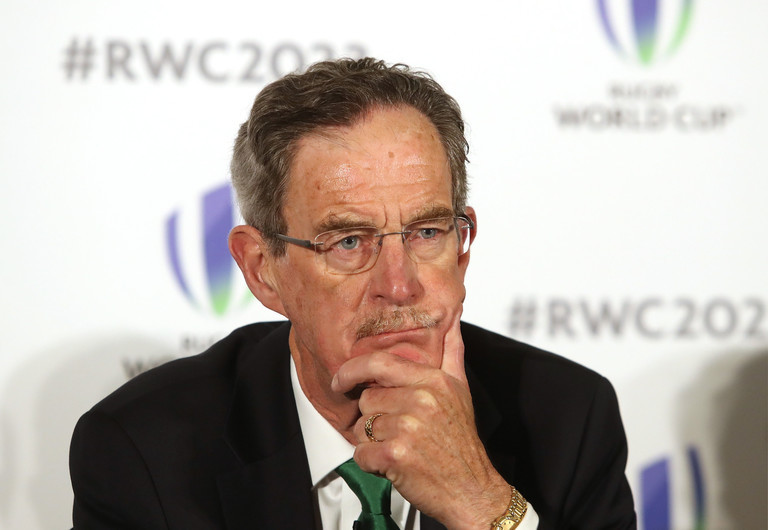 It's odd to include a guy who played internationally on here but Spring is far better known for his career away from the rugby pitch.

The Labour leader from the early 1980s until 1997, Spring played three times for Ireland at full-back in the 1979 Five Nations championship, which included a Lansdowne Road victory over England.

He recently was one of the people responsible for trying to win Ireland's World Cup 2023 bid. He failed. 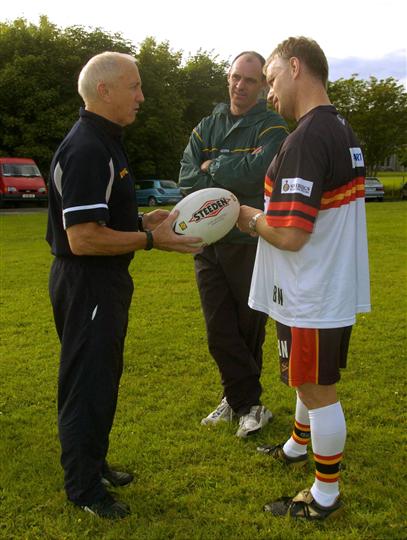 A reverse Shane Horgan, he went from rugby to the GAA, having never played underage for Meath. He played a good few years for Leinster in the 1980s. Remains most famous for kicking the winning point in the four game saga with Dublin in 1991. 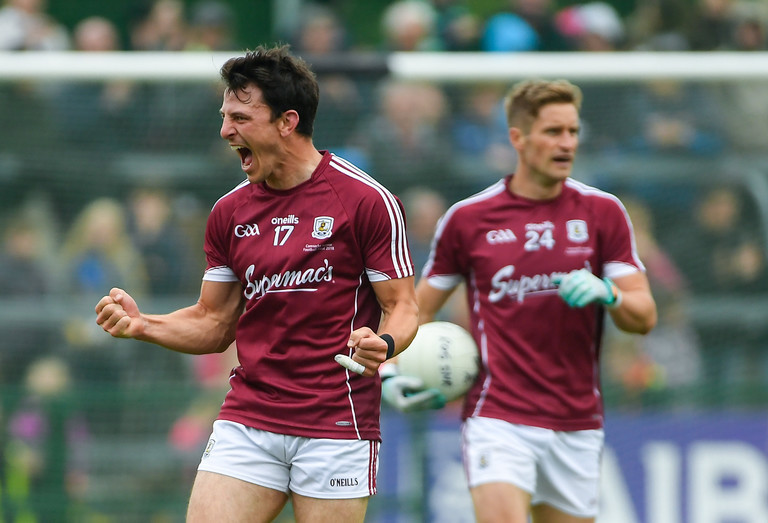 Former Galway footballer Armstrong played AIL for Shannon during 2010 while a student in UL. He even scored a try on his debut against Cork Con. Shannon still seem a bit peeved at losing him to an assertive county board.

Galway's No.13,Sean Armstrong is a former AIL player with us..a great rugby prospect until County Board put the pressure on...nice guy too.. 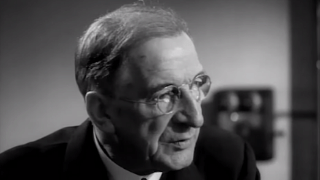 The long fella doesn't look like much of a rugby player by today's standards but back in 1905 the game was evidently less physical and Dev, schooled in Limerick and later in Cork, togged out for Munster. Apparently, he was a whisker away from making it with Ireland.

With Jack Barrott he helped to form a three-quarter combination which helped Rockwell to the final of the Munster cup and earned for him a place in a Munster trial for the inter-provincial team. It is possible that he came closer to an Irish cap than was realised at the time. Ireland was looking for a full-back and de Valera was tried out of his usual place in that position. His opposite number later played full-back for Ireland for many years. But de Valera’s great chance eluded him. A high kick came his way with the field spreadeagled. If he could have caught it he would almost certainly have scored a spectacular try. But it bounced off his chest and the opportunity did not return.

He remained a solid rugby fan all his life and believed it and hurling were the two sports Ireland should concentrate on. He believed rugby suited the Irish psyche perfectly.

There is no football game to match rugby. If all our young men played rugby not only would we beat England and Wales, but France and the whole lot of them together. 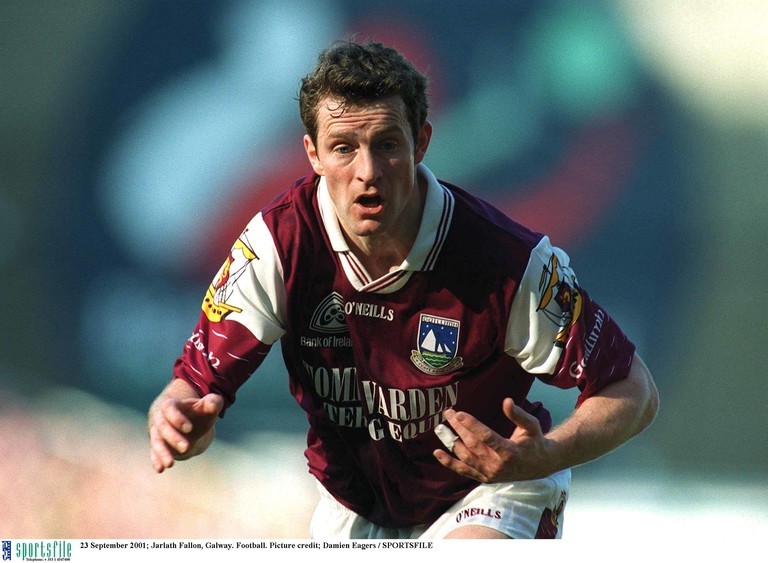 In the spring of 1998, Ja was torn between Connacht rugby and Galway football. He didn't play in that year's National League and was inching towards rugby.

The IRFU contracts were being handed out that year. Fallon was hoping for a professional contract. He ended up getting a semi-professional one.

He declined it and returned to the Galway setup shortly before the first round championship match with Mayo.

Rest is history and all that.

Out Half - David Hickey

The Dublin 1970s legend and renowned surgeon gave an interesting interview to the Star a few years ago. Once the 70s team started to break up and Offaly began to have it all their own way in Leinster, Hickey headed to off to France with Ollie Campbell to play 'professional rugby' with La Rochelle in the French First Divison.

Either he misspoke (as politicians put it) or the age of shamateurism started much earlier than we thought in France in the 1980s. No wonder we could never beat them. 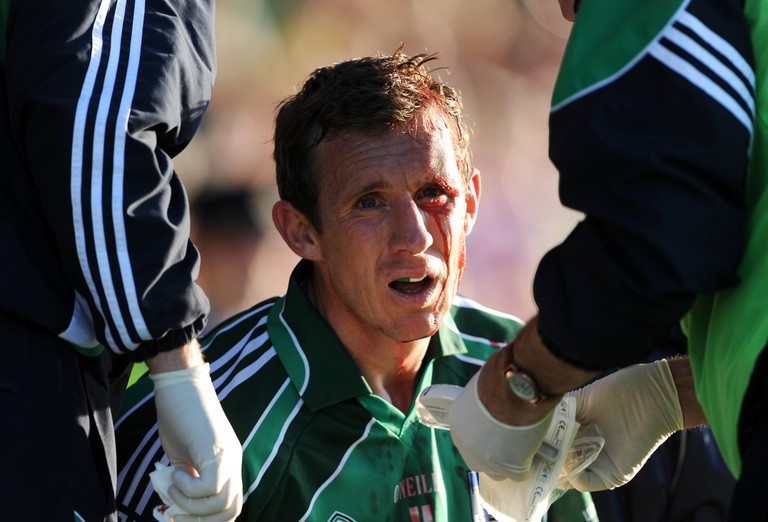 Limerick's Ollie Moran played twelve years with the hurlers but also won a Division 4 AIL title with UL Bohs. He also played full back with the Irish U18s and Munster U18s. 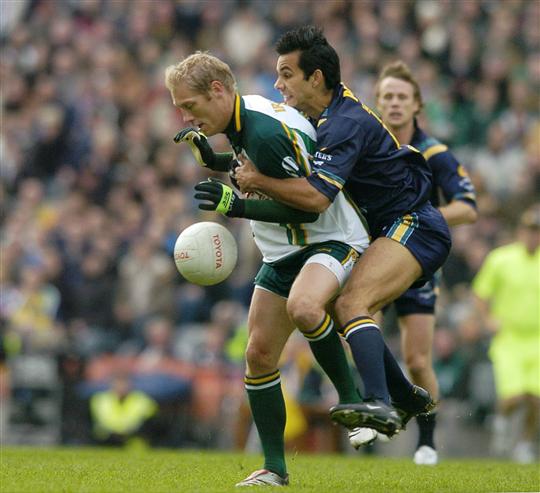 Graham Geraghty has been the victim of some notable rugby tackles over the years, some of them even while playing rugby. A virtuoso sportsman, Geraghty was in Highbury for a trial with Arsenal during his teens. Following his initial retirement from Gaelic football and after his disappointing run in the 2007 general election, he played rugby for Buccaneers between '08 and 2011.

While playing for Buccs, he won a Junior Cup medal and played usually on the wing or full back. 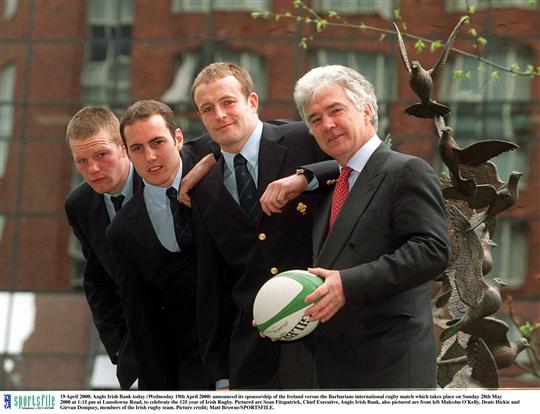 Morgan Kelly wrote in 2010 that the ECB never imagined that Irish banks, 'run by faintly dim-witted former rugby players' would rack up enough bad loans to almost bring down the Eurozone.

The Mr. Big of the late Anglo-Irish Bank, Sean Fitzpatrick played for about two decades with clubs like Bective Rangers and Greystones.

The mystery of who Morgan Kelly was referring to is over.

Very famous rugby fanatic, Harris was as Limerick rugby as Thomand Park, staying quiet for kicks and Ginger McLoughlin hauling the entire English pack over the line in 1982. 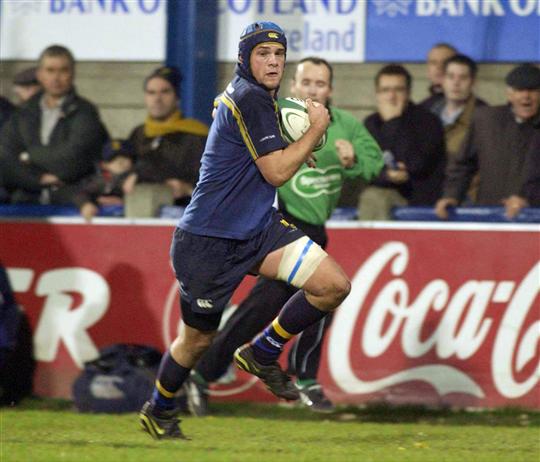 Possibly the most well known rugby player who is famous for another reason, Breslin played for Leinster between 2000 and 2004. 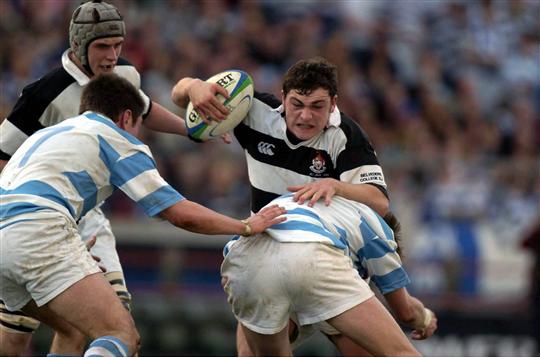 Most people know his only interaction with rugby being a fight with Cian Healy on the first day of school. But former UFC man Pendred has something that Brian O'Driscoll does not have.

A Leinster Senior Cup medal, won with Belvedere in 2005.

Boris told Jeremy Paxman a few years ago that he sometimes wishes he was playing rugby again, 'with the ground soft-under foot.' He then went on to compare the current political situation in the UK to a pushover try.

It's a set-piece scrum. I'm somewhere in the front forwards. The ball is at our (the Tories) feet and we're driving for the line. And the opposition (Labour) are wheeling, desperately, pathetically, braking the laws of the game, and we're going for a pushover try. 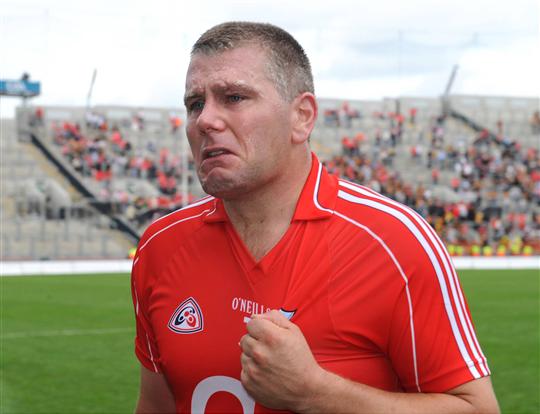 The Rock O'Sullivan quit hurling abruptly over the 'helmet' rule and focused there on in playing rugby with Cork side Highfield. It was a shock to Cork GAA as he was still only thirty but he wasn't having the helmet.

He was a good player and a tough man. One day in the Sydney Uni Oval he punched my head an absolute beauty of a smack... A few seasons later I had my revenge. His head came up on our side of the ruck. I ran 10 metres to drive my shoulder flush into his face. I wanted revenge and to hurt him and I believe I did. I remember that after those games Tony would always walk over and say 'g'day' and share a beer and a chat.

Despite everything, I liked him. That was rugby in the 1980s. It was totally politically incorrect. 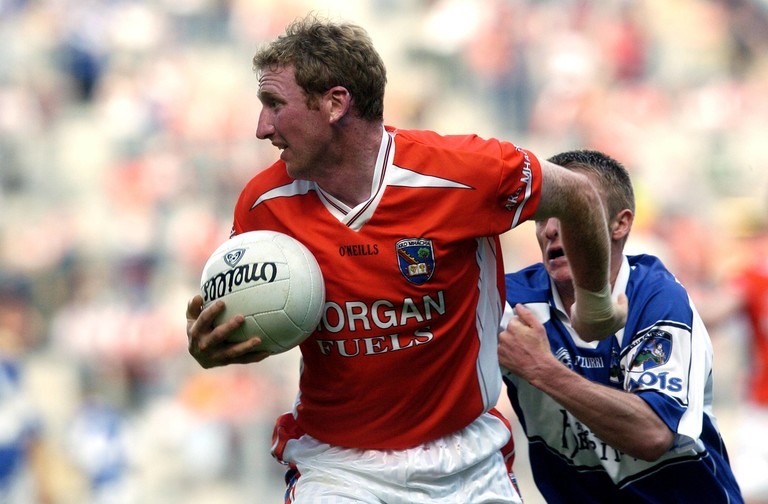