The Fallout Continues - Do Other Clubs Have A Legal Case Against Saracens?

The storm is only starting after Premiership champions Saracens were hit with a fine of £5.3m and a 35-point deduction for breaching the salary cap.

Saracens Chairman Nigel Wray has already come out and promised to appeal the sanctions while other clubs have aired their own criticism of the club as well, with Harlequins' Chris Robshaw labelling it 'cheating' when speaking to media at the Champions Cup launch today.

Their feelings on the matter are clear but what exactly can other clubs do about it? Speaking to Balls.ie's rugby podcast, World In Union, Rugby and the law editor Ben Cisneros explained why the sanctions were limited to this season and the domestic competition.

"I can see why people feel like it undermines European competition but ultimately these regulations only apply to the Premiership and Premiership Rugby only have jurisdiction over the Premiership. They can't really do anything in relation to the European Cup itself.

"I agree it is a bit odd that the Premiership regulations only provide for sanctions to take effect in the current season. It really does seem odd that there can't be anything done retrospectively.

"The regulations do not provide for any sort of title stripping or retrospective sanctions in any way." 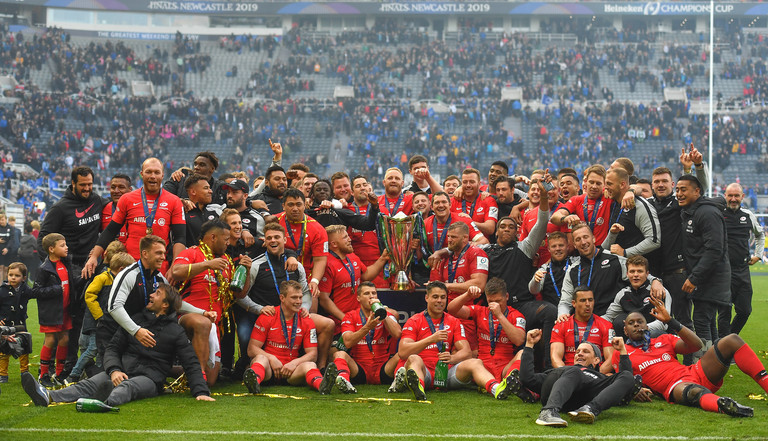 Do the clubs, English or otherwise, have any legal recourse? Perhaps, but a successful case is unlikely, as Cisneros clarified.

"I think there is a possibility that they could at least mount a legal claim but I do really think it would be incredibly difficult for them to succeed in any sort of court action.

Even if you could argue that there had been some sort of a breach of contract and you had some sort of grounds for a claim, the issues of proof would be so complicated. Think about it, to succeed in a claim or claim any sort of compensation, there has to be established that they lost something.

That would involve showing, essentially, they could have won the tournament or the Premiership had Saracens stuck to the salary cap and not broken the rules. How on earth do you prove that? How do you put a percentage chance on that?

"Do you say if Saracens had not signed Liam Williams, that would have made it 10% more likely they would not have won the league? It is incredibly difficult."

“EPCR is disappointed to learn of Saracens’ decision to make their club representatives unavailable for today’s official 2019/20 season launch of the Champions Cup and Challenge Cup in Cardiff.

“EPCR will now consider what action is appropriate in this instance and will be making no further comment at this time.”

To listen to the full discussion, search 'Balls.ie' on any podcast platform or click here.