Brought to you in partnership with Ladbrokes.com

Former Ulster and Ireland flanker Stephen Ferris is confident that Leinster will over come Leicester in the Champions Cup Quarter finals.

The Gallagher Premiership leaders welcome Leo Cullen’s side to Welford Road in one of the most anticipated match ups this weekend.

While Leinster may have lost their last two games in the URC, their squad depth allowed them to send a weakened side to South Africa, meaning their biggest players have had a three-week rest.

Leicester Tigers coach Steve Borthwick has claimed this has given Leinster an advantage heading into Saturday’s game .However, speaking on The Buildup with Ladbrokes, Stephen Ferris has played down the importance of Leinster’s selections.

“You’re always going to get the English coaches harping on about how difficult the Gallagher Premiership is, every single week you never get an easy game.

Well they were playing Bristol at home, and Bristol are a little bit all over the place, they made a raft of changes and you would’ve fully expected Leicester to easily win that game.

They won 56-26, and they still played a fairly strong side.”

After a few difficult seasons towards the wrong end of the Premiership table, Leicester have turned a corner this season, making them a force to be reckoned with in Europe again.

Ferris believes three certain players will be crucial to their chances of overcoming Leinster on Saturday.

“The thing is with Leicester is, Jesper Weise at No.8, Ben Youngs at nine, and you’ve George Ford at ten.

If those three guys play well, which they’ve been doing all season, then they are bloody hard to beat.”

In previous seasons, Leinster have come short in Europe to physically huge opponents that are similar to Leicester, with Saracens and La Rochelle using their huge pack and scrum to disrupt Leinster.

Ferris says his friends in England are all expecting a Leicester win on the back Leinster's defeats in Europe in the last two seasons.

"It's just a big game mentality. Look at Leinster in previous years against the big heavy pack of La Rochelle and they got beaten at home at the Aviva by Saracens. Exploited at the scrum, and a few other bits and pieces."

However, Ferris believes Leinster’s discipline and style of play will see them run out as winners.

“Do Leinster have the minerals to go away from home and get a result, I believe they do.

Leinster don’t make mistakes. They don’t give the ball away. There’s no unforced errors, they rarely make a knock on.

You can have a big and as heavy of a pack you want, but when you don’t have the ball, it’s very difficult to defend against for huge parts of the match.” 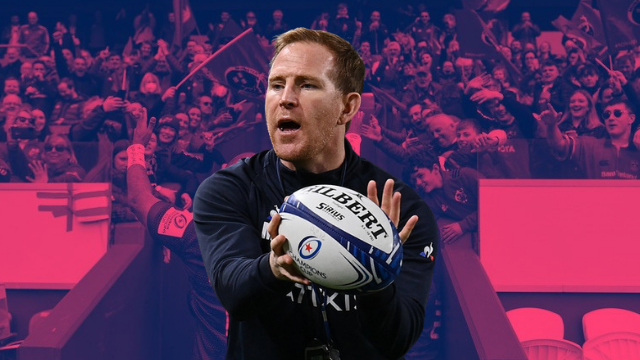