'I Think Munster Softened Them Up For Us': Sexton Not Carried Away After Clincial Leinster Win

Leinster dominated Toulouse today in the Champions Cup semi-final tie, with a display that further strengthens their favourites tag to lift the trophy in Marseille on May 28th.

If they are successful in their Champions Cup quest, they will of course draw level with Toulouse with five European crowns a piece.

We wrote after last week’s victory over Leicester that it seems as if Leinster have reached an extra gear this season, hardened by the bitter disappointment of their last three Champions Cup campaigns.

In his post match interview Leinster captain and man of the match Johnny Sexton alluded to these experiences, and explained how learning from these disappointments have made his side stronger. He also mentioned that Toulouse may have been under-par thanks to their brutal quarter-final win over Munster last week.

"I'm still loving it, and hopefully proving my worth" pic.twitter.com/3WQQcS51sN

“Any time you get to a final you’re extremely happy but in some ways it’s only half done. Last time we were in a final, against Saracens, we got out played. And it was a special day in Newcastle for the wrong reasons. Our crowd turned up, we just didn’t on the day. We have to learn from that lesson and hopefully go one step further this year.

“ I think Munster softened them up for us a little bit, and they came here probably not at their best, but we were close to it and we have to go again for the final because Racing and La Rochelle are two top sides. La Rochelle beat us last year and we’ve had some tough battles with Racing over the years.

“I think it’s the experiences, both positive and negative. So we have the Saracens final to look back on. But we’ve been a champion team before with largely the same group, there hasn’t been a lot of change over the years. So we’re going to draw on all our experiences and try and go one step further.”

Leinster controlled the first-half, going into half-time with a 23-10 lead after converted tries from James Lowe and Josh Van Der Flier, and penalties courtesy of Sexton.

Having had more than a few try-scoring chances already, Leinster finally get over through James Lowe.

Toulouse’s only try of the first half came from a breakaway score by Antoine Dupont, seconds after an incredible pass from Tadhg Furlong.

The second half continued much like the first as Leinster increased their lead after James Lowe’s second try of the match, which took his tally to 10 for the tournament.

Toulouse briefly threatened to mount a comeback following Selevasio Tolofua  try after 66 minutes, but as they chased the game Leinster were able to pressure them into mistakes and put the put the game to bed when Hugo Keenan capped off another stellar performance as he crossed the Toulouse whitewash late on.

Leinster will now await the victor of tomorrow’s semi-final between Racing 92 and Ronan O’Gara’s La Rochelle. 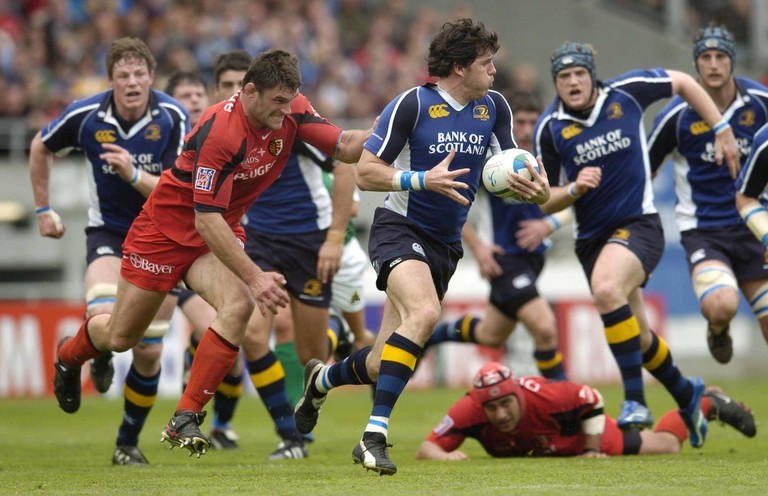