With news that Matt O'Connor isn't in charge of Leinster any longer, focus turns immediately turns to finding his replacement.

Will it be another success story like Michael Cheika or Joe Schmidt, or will Leinster's new coach be more of a Gary Ella? Here are 11 contenders ranging from the ideal but unavailable to the available but inexperienced: 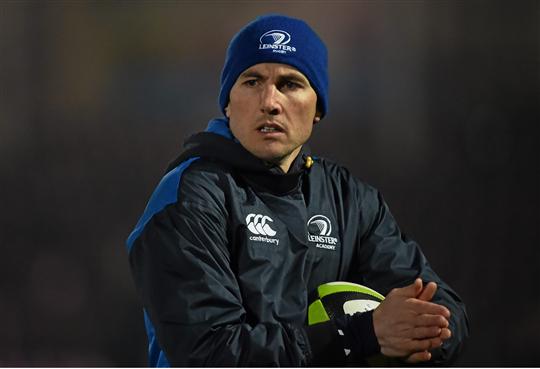 Swervin' Girvan is the current Leinster academy manager. He's been in that position since 2012, and has seen the emergence of the likes of Jack Conan, Marty Moore, Noel Reid, and Jordi Murphy.

Dempsey has been tasked with identifying potential from the Leinster underage rugby like Garry Ringrose and Ross Byrne and prepare them for professional rugby at the Leinster academy.

As part of his duties, Dempsey takes control of the Leinster A team who have won theBritish & Irish Cup twice in the last two years. playing some spectacular rugby.

Dempsey is only 39, and is showing that he has an ability to get the best out of the highly talented youngsters in the academy. It's safe to assume that he would be capable of moving up the ladder to eventually end up as Leinster's head coach.

Dempsey could take over in the short term giving time for Leinster to find a suitable candidate. Is 13/1 for those wanting to take a punt on it.

Dempsey does have a good bit of support from Leinster fans. 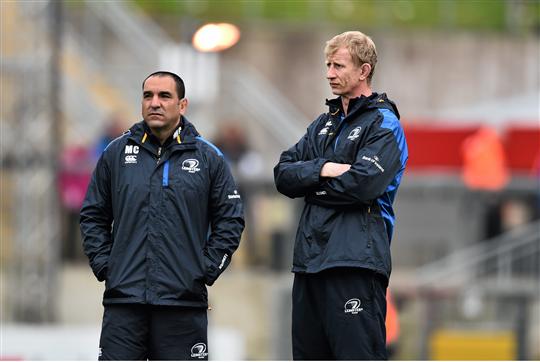 He's the man in charge at the moment, so why not?

Sure his only coaching experience was part of Matt O'Connor's backroom staff in a season that was deemed bad enough to relieve O'Connor of his duties.

For a province that takes care of their past players, Cullen is a young Irish coach and would be an attractive prospect for the IRFU.

Perhaps a bit too soon for Cullen. 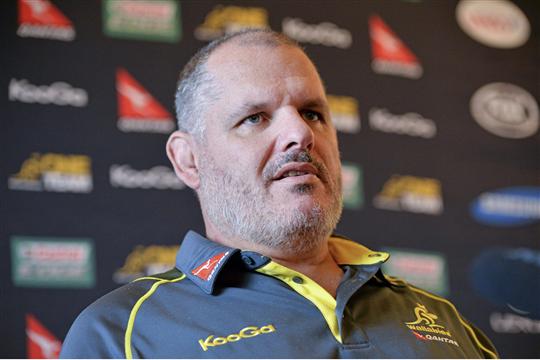 Off field, his reign as Australian coach was a disaster for reasons that were perhaps beyond his control.

At Leinster he wouldn't have the distractions of a rehabilitating Kurtley Beale, getting over the toxic environment left over from Robbie Deans, and the Di Patson allegations.

On the field, he got Australia playing some great rugby, and improved their performances to an unrecognisable levels from Deans' era.

That was off the back of turning the Queensland Reds into Super Rugby contenders, winning the tournament in 2011, just two years after their last place finish. That the Reds have slumped badly since his departure speaks volumes for how good he would be.

Was in contention for the Irish job before Joe Schmidt got it, and would be my preferred option for the Leinster job now of those that are available. 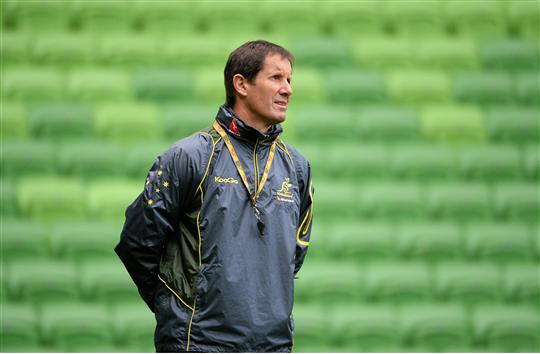 It would be wrong not to include the available Robbie Deans as a contender to replace Matt O'Connor.

Before getting the Australian job, Deans was a highly successful coach with the Crusaders when they dominated the Super Rugby competition with players like Dan Carter, Aaron Mauger, Brad Thorn and Richie McCaw. Deans has more Super Rugby titles (three) than any other head coach.

Things started off well for Deans, but things peaked in early 2011 when Australia won their first Tri Nations crown since 2001. Australia never seemed to recover from Ireland's shock victory in that year's World Cup, and the toxic environment lead to Quade Cooper going into a self-imposed international exile and Kurtley Beale get into a lot of off the field problems.

He's a contender, but not one that I would cheer. 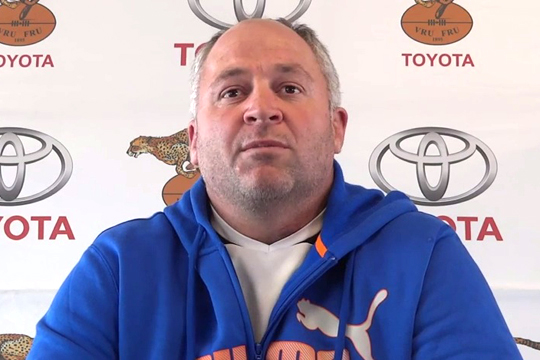 The former South African prop has just been released from this contract with the Cheetahs two years after taking the perenial bottom dwellers into the playoffs for the first time in their history.

Under Drotske, the Cheetahs play a thrilling brand of running rugby lead by the talents of Willie le Roux.

Drotske hasn't got the best out of the Cheetahs as their South African counterparts plunder their resources, but he has shown what he could do with a talented squad that Leinster have, and isn't afraid to throw in youngsters.

He might be a bit over adventurous in his gameplan, but it would be very exciting to watch.

If Leinster want him, they'll have to move fast as it appears that he has something lined up overseas after leaving the Cheetahs. 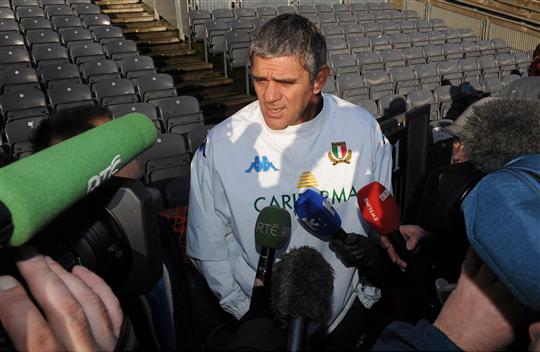 The former Italian head coach is like the Alan Curbishley of rugby coaches.

Hasn't had a significant coaching role since leaving the Italian post, but is still highly thought of and has taken control of the Barbarians on numerous occasions.

He previously held the South African coaching job from 1997 to 2000 when he lead the Springboks on a 17 match unbeaten streak. He didn't have a great relationship with his players though, which ultimately lead to his downfall.

Will start the betting at 12/1 despite no links to the job at all. 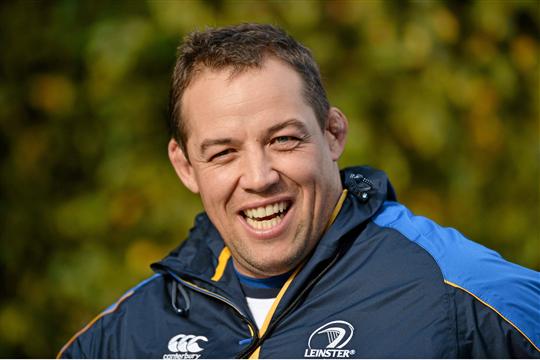 Leinster's former forwards coach that Joe Schmidt brought with him made a hugely positive impact in his time with the team.

Having departed to take up the head coaching job at Clermont, his influence was clearly missed on the Leinster side this season while Clermont played a better style of rugby that maximised their resources.

He's just a year into an undisclosed length of contract at Clermont, and while he'd be ideal, it's unlikely. 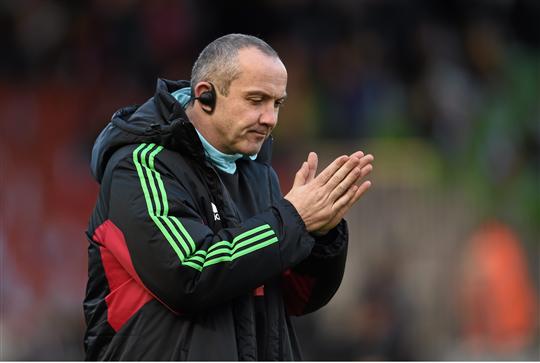 Almost definitely not going to happen, but he'll be the name on many Leinster fans so he must be mentioned at least.

The RTE pundit has transformed Harlequins after the mire of the bloodgate scandal. Since that moment in 2009, O'Shea has rebuilt the London club into perenial English contenders, making the Premiership playoffs in three of O'Shea's four full seasons at the club, whilst winning the Challenge Cup, the Premiership and an LV Cup.

O'Shea acts as the Director Of Rugby with Harlequins, which means he'd require someone to take over more of the coaching aspect of the job were he to take over at his home province.

His name is often banded about when conversations about the Leinster head coaching job comes up, while he's also been mentioned with regards to the Ireland job too.

O'Shea is contracted with Harlequins until June 2016, and it's very very hard to see him reneging on that contract before it expires.

The only way that Leinster fans could get the man that they want is if Leo Cullen's interim head coaching gig lasts until the end of O'Shea's contract in 2016.

I wouldn't hold my breath despite being the bookies joint favourite.

@ballsdotie Conor O'Shea would be great. I feel it is a little early for Leo 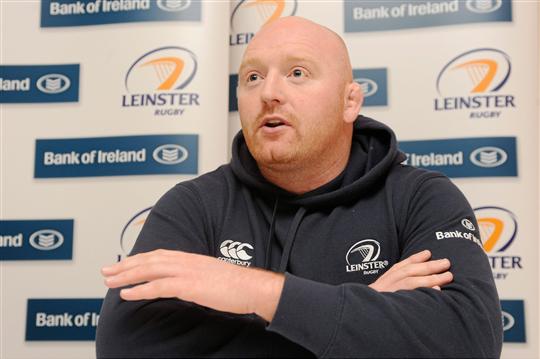 Like O'Shea, Jackman isn't available at the moment, but will have a lot of support from fans.

The Grenoble head coach is performing unbelievably with the Alpine Top 14 side. Jackman joined the French club in 2011 as a defense coach when they were still in the Pro D2. That season they won the French second division league with games to spare. Jackman spent three seasons as their defense coach, bringing in Mike Prendergast as skills coach.

Grenoble have grown enormously as Jackman's influence increased. Grenoble operate with a smaller budget than the rest of the Top 14 clubs, yet manage to play attractive rugby. They are currently eighth in the Top 14, five points from a playoff finish. Grenoble have scored the fourth most points in the division, with the fifth most tries scored. Despite this, with Jackman moving away from defensive duties, they have conceded more points and tries than anyone else.

Bernard Jackman was a very popular player at Leinster, and given his coaching credentials and style of play; he's many people's choice to return.

Having signed a new contract recently, Jackman isn't likely to leave Grenoble any time soon, but there is a sense that he is a future Leinster coach a few years down the line.

While I would want Jackman to get the job, I'd be happy if his turn happened next time around if he's unavailable this time. Is joint favourite along with Conor O'Shea and the France bound Fabien Galthie.

@ballsdotie A Shane Horgan / Ronan O'Gara dream team, if not them Bernard Jackman. 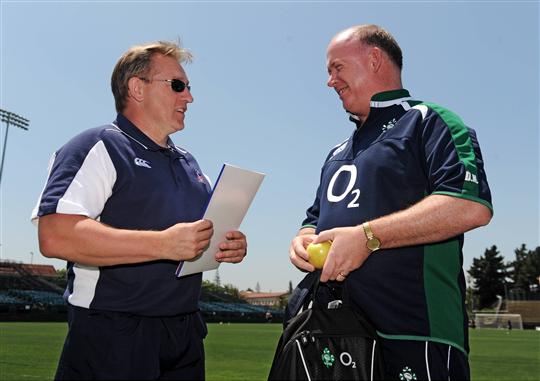 It's nearly a full ten years since Eddie O'Sullivan was the toast of Irish rugby coaching. Since then, Ireland's disastrous RWC 2007 and subsequent poor showing at the Six Nations cost him his job.

Since then he's had to wait patiently for his opportunies. He lead America into the last World Cup, and was snubbed for the Connacht and Munster jobs.

His finally got a chance with Biarritz in the Pro D2 this season, but has failed to get them back into the Top 14.

Perhaps O'Sullivan needs more time away from Ireland to rebuild his reputation.

Leinster have a habit of unearthing unknown gems in the search for head coaches with Michael Cheika and Joe Schmidt two names that spring to mind.

They could do worse than return to this philosophy with former All Black Tony Brown.

The former head coach of Otago in the ITM Cup, Brown was recently promoted to the assistant coaching gig with the Highlanders which has coincided with their improved season.

Brown has loose links with Ireland too, after his brother Cory was involved with the Connacht academy.

As the video above shows, Brown is highly thought of in New Zealand and is seen as a attacking mastermind.

I could sign up to that, and Brown would be my second choice for the job.

@BHHooker Especially if it's Tony Brown.

See Also: Here's What Leinster And Matt O'Connor Have Had To Say About Their Divorce