Watch: Leinster Have Bizarre Try Given Against Them During Glasgow Win

Leinster have continued their perfect start to the United Rugby Championship, running out 31-15 bonus point winners over Glasgow Warriors in Scotland this evening.

The province entered tonight's fixture having won all four of their games in the competition up to this point, also earning a bonus point on three occasions.

While this one would not be as comfortable as some of their other fixtures, Leo Cullen's men would have too much for the home side.

Their first try of the game was the pick of the bunch, with Ronan Kelleher showing remarkable pace and strength to beat a number of opposition defenders and holding off a tackler to cross the whitewash.

Their second try was just as eye-catching.

This time it was some quick movement through the hands that opened up the space, with James Lowe's sumptuous offload releasing Hugo Keenan to touch the ball down.

Some serious question have to be asked about how Glasgow's try just before the interval was allowed to stand.

Ryan Wilson was the man to get it, plucking the ball from a ruck and diving over the line. However, the player was clearly off his feet when he picked the ball off the ground. There is no way the try should have stood, as you will see below.

It was certainly a strange decision to let it stand.

Despite this, Leinster would carry a 17-10 lead into the interval.

They would power on to secure the result in the second half, with tries from Adam Byrne and Dan Sheehan securing the bonus point.

In the end, Leinster would run on comfortable 31-15 winners.

Heading into the break for the autumn test window with fives wins on the bounce, Leinster will certainly be pleased with their start to the season. 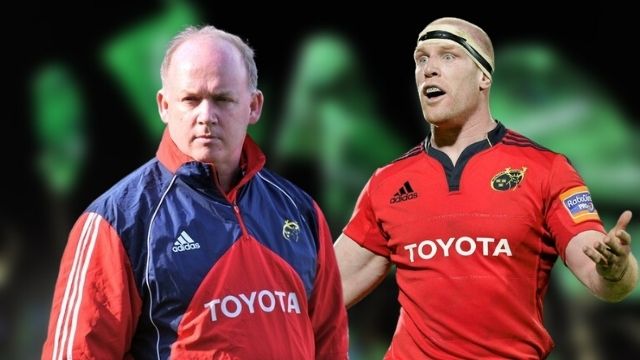 Rugby
3 months ago
By Jonathan Browne
Hugo Keenan - "It's Been A Tough Couple Of Days" After Paris Defeat
Rugby
5 months ago
By Jonathan Browne
Stephen Ferris Names His Three Stand-Out Performers From Ireland's November Internationals
Popular on Balls
Golf
3 days ago
By Gary Connaughton
Padraig Harrington Glad He Didn't Have To 'Make A Decision' On Saudi Golf League
Rugby
1 day ago
By PJ Browne
The Last Munster Team To Win Silverware: Where Are They Now?
Football
4 days ago
By Gary Connaughton
Darron Gibson Was Often Mocked By United Teammates Over Bobby Charlton Advice
Football
1 day ago
By Gary Connaughton
Paul Merson Feels Liverpool's Season Can't Be A Success If They Don't Win The League