Leinster have defeated Munster at the Aviva Stadium this evening to book their place in the PRO 14 final, extending their remarkable run in the competition with a 13-3 victory.

It will be the province's ninth final appearance in the last 11 seasons.

Munster entered this evening's contest having been without an away win over Leinster since the 2014/15 season, but they started the stronger of the sides.

They drew first blood in the game via a penalty from JJ Hanrahan after five minutes, with Johnny Sexton missing a difficult opportunity to reply five minutes later.

However, it was Leinster who would get the first try of the contest.

Ronan Kelleher was the one who touched it down amongst the bodies, although there was a lengthy TMO check to determine if a double movement was involved. Ultimately, it was decided that no infringement had taken place.

Leinster hooker Ronan Kelleher goes over for the first try of the evening, and the TMO confirms the score. Johnny Sexton adds the extras.

Leinster began to crank up the pressure towards the end of the opening period, with Johnny Sexton kicking a penalty just before the interval to stretch their lead to 10-3 at the interval.

The second half provided little action early on, with JJ Hanrahan missing a pair of penalties to get his side within touching distance.

Johhny Sexton then made Munster pay for their misses by nailing a penalty in the 68th minute extend the lead to 13-3.

That proved to be the killer blow, with Munster unable to break down their stubborn defence over the final 15 minutes.

They will now face either Ulster or Edinburgh in the PRO 14 final. 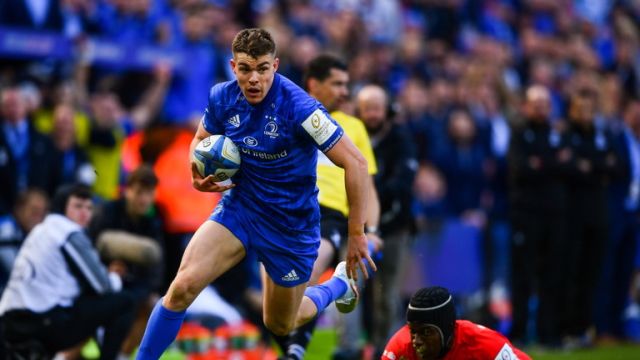 Rugby
1 week ago
By Balls Team
Where To Watch Leinster Vs Saracens: Champions Cup TV Details
4