Leinster Player Ratings From A Bruising Victory Against The Chiefs

Leinster took on Exeter Chiefs today in the third round of the Champions Cup. Head Coach Leo Cullen brought his side to the home of the English champions and can take immense pride in a magnificent defensive performance. Leinster were totally committed at the breakdown and dominated the collisions. It was a pack-led performance that oozed efficiency.

The final score was 18-8 for what was the Chiefs first home defeat in almost a year. 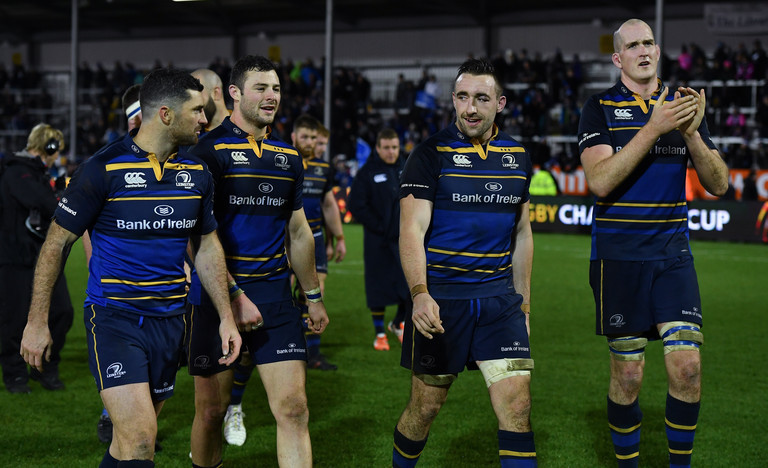 Mr. Consistent. Kearney, as he generally does, was good at the basics. He covered the backfield, was a willing carrier and led metres run with 41.

Kick-chase was good. In a game starved of opportunities for wide players, McFadden was diligent when called upon.

Due to Leinster's tight and attritional game-plan, the ball rarely went outside the first receiver ensuring Ringrose never really got the chance to cut loose. Never succeeded in stamping any authority in the game yet didn't do a whole lot wrong either.

A colossal performance. Henshaw's constant willingness to embrace collisions is as impressive as it is concerning. For all the worry, the man does not seem the least bit fazed by repeated blows. The most tackles of any back with 10, Henshaw functioned as the ideal 'second five-eighth.' 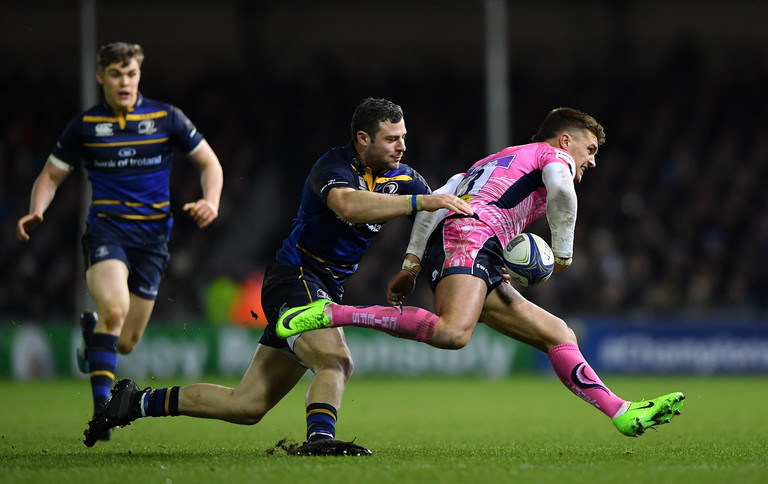 Kicked a penalty when Sexton was down receiving treatment. As captain handled Poite well, picking and choosing his moments to be vocal expertly.

Lost his 100% kicking rate early on when he screwed a penalty wide and endured mixed fortunes from the tee afterwards. Despite that was clinical with ball in hand and remains one of the best readers of a defensive line in the game. Chipped a delicate kick wide to Nacewa and finished the move for Leinster's first try. In what was an extraordinarily physical game Sexton eventually went down with knee trouble and was replaced by Ross Byrne.

Had an earlier try ruled out for a foot in touch in the build-up. McGrath is an old-school nimble and quick nine, who kept the Exeter pillars honest and dictated the tempo suitably. Will have done his hopes of an Irish call-up no harm.

The embarrassment of riches provided by Ireland's front-row options was once again illustrated today. In a game dictated by the pack, Healy locked down a perfect Leinster scrum and gave Harry Williams a frustrating afternoon on Exeter put-ins. Was replaced by McGrath after 50 minutes, a substitution that sees zero drop in standard.

Cronin is a terrific athlete. His ball-carrying and explosive are valuable assets yet, technically the hooker has key areas he needs to address. Once again his darts at the line-out were inconsistent and he was sin-binned for a sloppy covering tackle on Jack Nowell.

Furlong is not only the best tighthead in the world, he is now among the best rugby players in the game right now. Flawless in every aspect of his game, Furlong's scrummaging, ball-carrying and tackle count were all monstrous. A deserving man-of-the-match and also created the most impressive statistic of the game, he made a huge 16 carries.

Finished what seemed a certain try only for Poite to overrule the TMO as a grounding wasn't visible. Crucial to the line-out effort and carried ball in the second half.

Fardy's work at the fringes of the breakdown is exceptional. The Australian does a phenomenal amount of the 'dirty' work often underappreciated. James Ryan was introduced during the second-half and Fardy can be content with an industrious performance.

His afternoon was ended prematurely due to injury. Carried well while on the field. For Leinster and Ireland's sake, hopefully his departure is not too serious.

His first European cup start this year. O'Brien was a monster defensively making and contributed a frightening 12 carries and nine tackles. 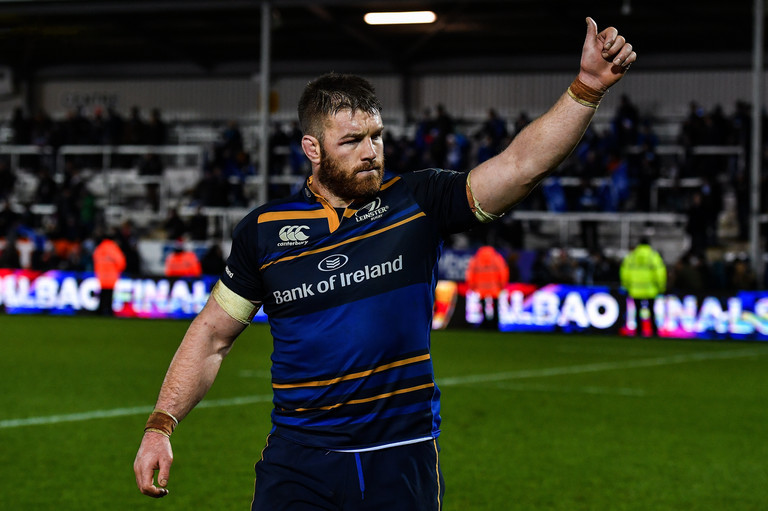 Quickly making the jersey his own. Conan stats were simply incredible, with 18 carries and 10 tackles. Topped it all off with a try. Irish back-row options have never looked as healthy.

Jack McGrath, James Tracey and Josh Van Der Flier all came on before the 50-minute mark and supplemented a furious pack effort. James Ryan's introduction ensured the excellent work by Leinster's pack did not decrease. Gibson-park, Larmour and Ross Byrne were not on the field long enough to have an impact.

For some time now we have known the attacking ability this Leinster side has. Today's performance demonstrated a different aspect our their game, yet a vital one; the ability to grind it out. In the tight exchanges and blow-for-blow encounter that was this game, Cullen's team stood up and made a statement to the rest of the Europe.