34 minutes gone and Luke McGrath looked in. A quick snip, a wriggle and a wrestle, the scrum-half thought he had finally cracked open the door. Yet the TMO deemed there was no grounding and Leinster looked thwarted.

Half-time loomed and there was no give. Toulouse were looking to extend their run of 12 games unbeaten, Leinster were looking for their 12th home win in a row. Leinster's leaders crashed into a French wall and were bounced back. Tadhg Furlong, James Ryan, all tried and failed to gain even an inch.

Yet within three minutes of McGrath being denied, Jack Conan's curved line saw him crash over and Leinster overcame the challenge. That's just what they do.

Leinster launched into their French visitors from minute one and by the hour-mark they had lifted off. Despite missing nine internationals, they secured an emphatic bonus-point statement victory 29-13.

Dancer. The 21-year-old's fabulous footwork was once again on full display in the RDS. Despite limited opportunities, he made the most of what he had. Cut into the line and changed direction to keep the Toulouse defence on their toes. Felipe Contepomi needn't worry about building plays to change the point of direction when Larmour can guarantee that by himself.

A fine run just prior to Leinster's first try and the man who finished their last, his fourth try of the season. Byrne has always been an asset in attack with question marks over his defence, but he proved today he is more than capable on Europe's biggest stage. 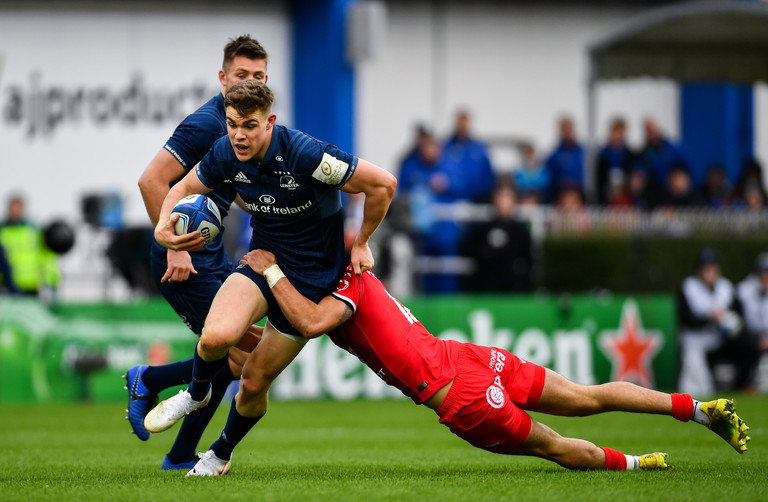 It is remarkable that despite being just 23-years-old, the former Blackrock man looked like an elder statesman in today's starting backline. A constant cool head. Two stand-out moments as Ringrose gave a sensational long pass in the build-up to his side's first-half try and kicked a pin-perfect grubber to the corner early in the second. Man of the Match.

Conceded a silly penalty just before half-time which brought the visitors within four. Recovered to show some real aggression in defence and a fine partner to Ringrose.

Leinster did not kick as much as usual in the first-half in a bid to starve Cheslin Kolbe of possession. When they did, Kearney's kick-chase gave him little time to build up momentum. Demonstrated his ability in the air after 52 minutes with a terrific leap and touchdown to consolidate Leinster's lead. 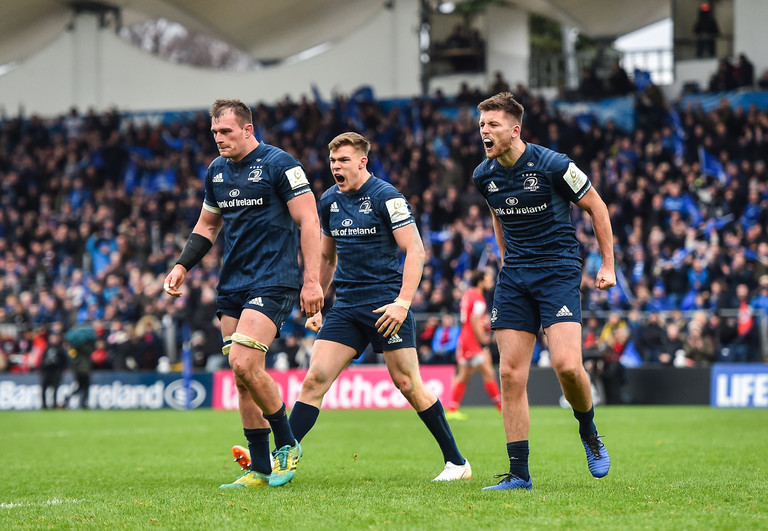 Kicked his first penalty, and played the entire game, with little fuss. A pin-perfect crossfield kick in the second half to add Leinster's second try, swirling winds conspired to push the conversion wide. Conceded a penalty in the second half due to a high hit but it was tackle he had to make and it eventually led to a turnover.

A wonderfully understated showing from both half-backs. Leinster had a rigid gameplan which they stuck to diligently and McGrath was a massive part of that. Unfortunately, the scrum-half went down in huge down after an hour and was replaced by Jamison Gibson-Park. 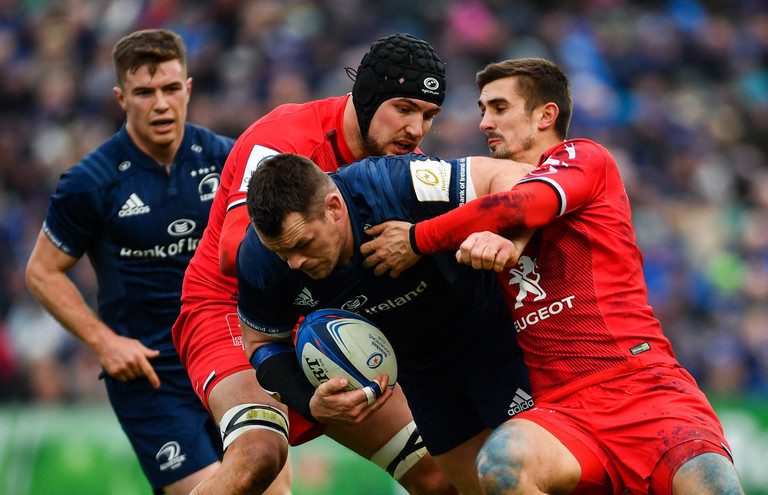 An unusual sight early on as Healy folded and conceded a penalty against the formidable Faumuina. However, the 31-year-old demonstrated all his nouse to lock down the following scrum and continue to contribute in open play. Huge carries and heaps of tackles.

A terrific defensive tackle off the very first line-out to force Thomas Ramos to knock-on. Cronin's game was defined by real intelligence. His offensive ruck work, both with clear-outs and controlling protection for Luke McGrath's box-kicks were incredibly effective. A shame that a smart line-out short side move with Jack Conan was intercepted on the try-line. Enhanced his amazing strike rate shortly after with his ninth try of the season.

Relentless. The most consistent player in Irish rugby.

The Australian engaged in all the usual heavy lifting expected of a lock but it would be inaccurate to limit his contribution to that. A superb pass wide freed Adam Byrne early on. A menace at the breakdown. The perfect partner to James Ryan.

A massive counter-ruck early in the second-half set the tempo for the final 40 minutes. 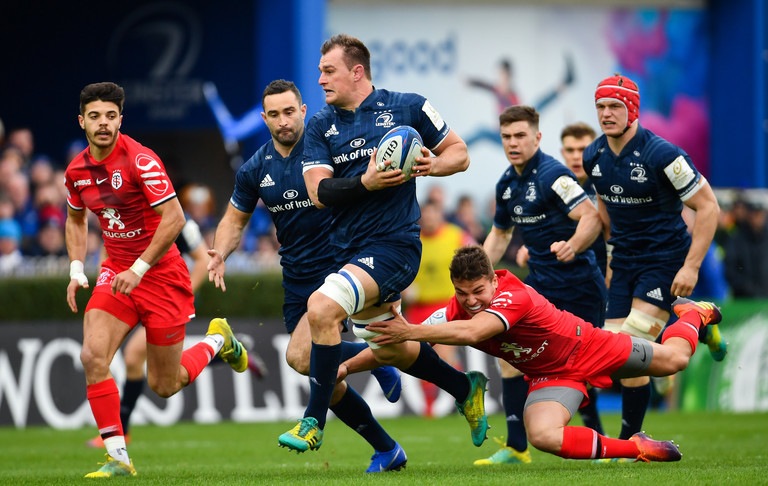 An explosive start from the day's captain who immediately tore 30 yards deep with a breakaway run. Delivered another important carry just before Conan's try. This was a day when Leinster's forwards proved their worth, controlling the ball and bullying Ugo Mola's side up front and Ruddock was a big part of that.

Quieter than usual at the breakdown but deliberately as Leinster looked to flood their defensive line and commit nobodies to counter rucks. When the opportunity did present itself, he secured a typical steal in the first-half. Covered an extraordinary amount of ground.

A monumental challenge up against the immense Jerome Kaino yet the 26-year-old did not flinch. A cutting curved line for his try. Conan has a huge challenge to try and force his way into Joe Schmidt's starting team but he is doing everything in his power to compete with CJ Stander. Two sensational options.

The moment that broke Toulouse's spirit came with ten minutes remaining and it was Leinster's bench that delivered it. A huge Andrew Porter tackle forced a knock-on, a lockbolt tight James Tracy jackal soon brought a penalty. One negative as Tracy's throwing was wayward. Gibson-Park was brought on for McGrath. Ed Byrne's quick hands helped Leinster's offensive effort. Noel Reid replaced Byrne and was prominent in defence.

Speaking on Virgin Media, Shane Jennings said Leinster "took the foot off" towards the end of the game but that is inevitable when the opening exchanged demands such phenomenal effort.

Prior to the game, the talk was all about the players who were not there. What about the players that were? A performance that emphasises Leinster's incredible depth and reinforces their place as number one in Europe.