'I Was On Summer Holidays When I Heard The First Rumblings... It Was A Bit Of A Shock' 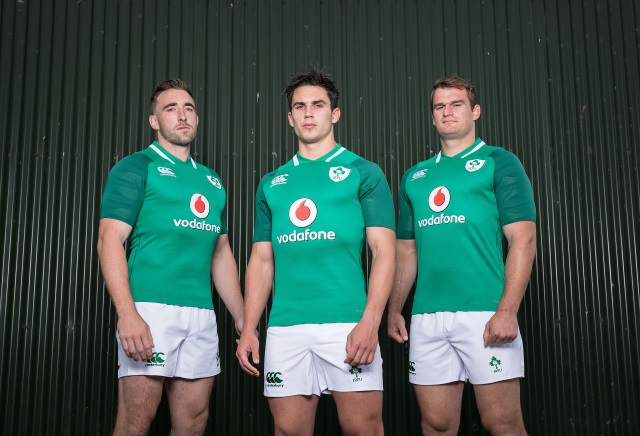 Jack Conan, Joey Carbery and Rhys Rudduck all use the word 'unknown' to describe the Leinster's third and fourth round fixtures for this season's newly expanded domestic season.

Over recent weeks, it was announced that the Pro12 will become the Pro14 with the introduction of two South African teams - the Southern Kings and the Cheetahs.

Leinster will be the first of the old Pro12 sides to play in South Africa when they face the Kings on September 16th and then the Cheetahs the following weekend.

Conan says the chance to step into new territory for an Irish provincial side has created a real sense of excitement within the Leinster squad - everyone wants to be involved for next month's trip.

It's going to be an interesting few weeks going down to South Africa and testing ourselves against different teams. I think we're walking into the unknown a little bit because it's never been done before. Everyone's massively excited to go down and test ourselves against a different style of rugby.

Though they are the first team to play the two new sides away from home, Conan does not feel Leinster are at a disadvantage. In fact, he believes the opposite.

I think it's an advantage to go down and make the first statement, welcome them into the league. People would consider our league not as physical as Super Rugby or South African sides but I think the lads in Leinster wouldn't say it's like that at all, we know how hard we work and how physical it can be. We'll be looking to go down there and give them a bit of a shock and say 'this isn't going to be as easy as you think it's going to be.'

Though rumours of an expansion had begun earlier in the summer, the Kings and Cheetahs being added to the mixed was only confirmed on August 1st - just a month before the first game.

Conan says that up until the official confirmation, he had no greater knowledge of the situation than the average supporter.

I was away on summer holidays when I first heard the rumblings about it. Even then, until two weeks ago, we thought it might be next season at this stage because it was taking so long.

Leo came in at the start of the meeting and said, 'Look, we'll be over there. We don't have the schedule yet but it looks like it will be the first few weeks in September.' I think it was a bit of a shock to all the lads. It's great, I'm unbelievably excited; please God I get a chance to go over there. I think everyone wants to be on that first trip over there to see what it's like. It's going to be a good test for us.

Canterbury, official kit supplier to the Ireland Rugby team, has unveiled the new Ireland Rugby jersey for the 2017/18 season. The kit features ground-breaking technologies designed to give players an in-game competitive advantage and is available to buy now from Canterbury.com and sports retailers nationwide.

See Also: Ronan O'Gara Had A Major Influence On Joey Carbery This Summer

Podcasts
1 month ago
By Michael McCarthy
'Excruciating Pain For A Couple Of Hours And Getting It Settled. It Was A Vicious Circle'
Rugby
1 month ago
By Jonathon Lynam
Joey Carbery Set To Be Out For An Indefinite Period Of Time
1

Podcasts
1 month ago
By Michael McCarthy
'Excruciating Pain For A Couple Of Hours And Getting It Settled. It Was A Vicious Circle'
Rugby
1 month ago
By Jonathon Lynam
Joey Carbery Set To Be Out For An Indefinite Period Of Time
Rugby
11 months ago
By Maurice Brosnan
Player Ratings As Ireland Secure Quarter-Final Spot With Win Over Samoa
Popular on Balls
Premier League
21 hours ago
By Gary Connaughton
Roy Keane Believes Pressure Is Mounting On Solskjaer After Poor Start To Season
1