Leinster produced an incredible comeback in the Champions Cup quarter final, but it was not enough to claw back a 19-point halftime deficit as Saracens ran out winners on a scoreline of 25-17.

It was an absolutely disastrous opening half for the Irish province, with ill-discipline at the breakdown costing them dearly as Saracens knocked over five penalties in the opening half.

That included two from Elliot Daly, with one coming from inside his own half.

Elliot Daly casually chipping over from inside his own half...#HeinekenChampionsCup pic.twitter.com/uftNLXplZh

The English side looked as though they landed the killer blow just before the interval, with Alex Goode running in their try to extend the lead even further.

What a way to end a near-perfect first-half performance!#HeinekenChampionsCup pic.twitter.com/yWvTYKpb3E

The game seemed to be over at halftime, but Leinster made a huge push at the start of the second half.

Andrew Porter got their first try of the game in the 48th minute, bundling over from close range to make Leinster's pressure on the opposition line count.

They continued to turn the screw, with Jordan Larmour getting a huge try in the 62nd minute. He was the one to finish off a beautiful team move from the line-out, with Johnny Sexton knocking over the resulting conversion to reduce the deficit to seven points.

His first try for almost two years is a beauty!

The momentum was with the Irish side, but they just couldn't finish the job.

Alex Goode would miss a vital penalty in the 72nd minute that would have stretched Saracens' lead to eight points, with Daly missing another kick a few moments later.

However, they would not miss a third time. Alex Goode knocked over a kick in the 80th minute to make sure of the victory.

This means Saracens have reached a sixth Champions Cup quarter-final in the last seven years, with Leinster's season coming to a disappointing end. 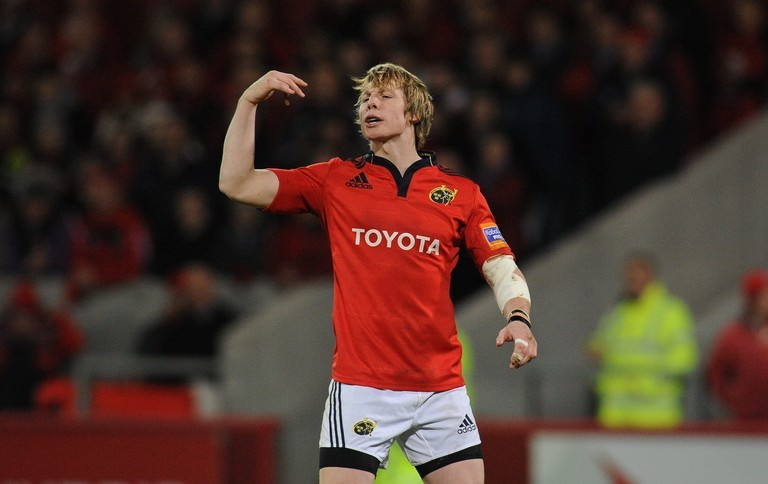 Irish Life
1 week ago
By Gary Connaughton
There Is A Frankly Stupid Amount Of Top Quality Sport On TV This Weekend
Rugby
1 week ago
By PJ Browne
CJ Stander Fights Back The Tears After Last Big Munster Game
Rugby
2 weeks ago
By Donny Mahoney
Toulon Incensed By Cancellation Of Champions Cup Fixtures With Leinster
Popular on Balls
Premier League
16 hours ago
By Michael McCarthy
Quiz - Can You Name Manchester United's Top 3 Goalscorers From Each Premier League Season?
Football
15 hours ago
By Gary Connaughton
Paul Scholes Is Unconvinced By A Manchester United Move For Jadon Sancho
29