Leinster vs Zebre In The URC: Match Preview And How To Watch

Leinster have their first home game in the RDS this season when they face Zebre on Saturday. A Max Deegan try was enough to beat the Dragons last time out but it was a poor display from the defending champions. They'll be looking to resolve that at home in front of the RDS crowd. Here's how to watch Leinster vs Zebre.

How to watch Leinster vs Zebre

The match is on at the RDS Saturday 9th October with kick off at 1pm.

It will be live on RTÉ 2 with coverage starting at 2:30pm.

The match will also be live on Premier Sports 2 with their show starting at 12:45pm.

You can also catch the game on URC TV on demand if you subscribe to the service.

How are both sides set?

As said before, Leinster edged out an away win against the Dragons on Sunday. It was a very poor showing from Leinster as they made a plethora of mistakes. They really struggled in that match and if they perform like that again, they'll struggle to win.

There is some positive news today however as Jordan Larmour, Tommy O'Brien and Harry Byrne have all returned to training this week and are available for the weekend. Jack Dunne is also beginning to increase his work load this week as he continues to return from injury. Dan Leavy, Nick McCarthy and Conor O'Brien all look healthy too after returning to action on the weekend in Newport.

Unfortunately Rory O'Loughlin sustained a shoulder injury against the Dragons and will have to sit out this match against Zebre while there are no new updates on Caelan Doris or Dave Kearney.

Zebre have lost both of their games to start the season, including a 36-3 thrashing at home to Ulster last Saturday. However they provided tough competition despite what the scoreline says. Leinster will have to play more like they did against the Bulls than against the Dragons if they are to do well. It should be a good game nonetheless back in front of the RDS crowd.

See also: Andy Friend Pissed Off At Bulls' 'Looking Down The End Of Their Nose"' At Connacht 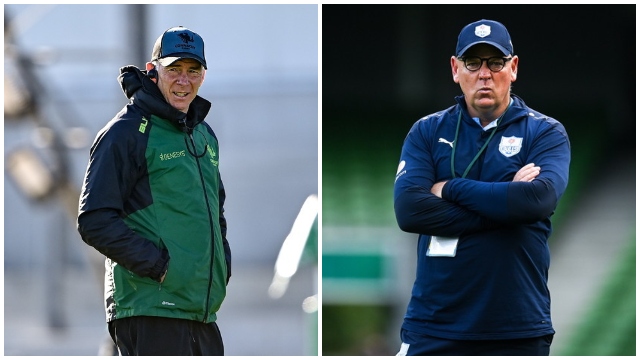 Rugby
1 week ago
By Jonathan Browne
The URC: Four Standout Irish Performances From Round 2
Previous Next