It is Beating England Week here at balls.ie. In our latest article, we remember Leinster's 2009 and 2011 Heineken Cup success.

We went in at half-time, it was 22-6. We were up and I thought 'fuck, I'm winning a Heineken Cup.' You know in the tunnel, they have the trophy right in the middle. It's like a big trophy, but like a smaller version of the Champions League. I thought 'fuck, I'm going to fill that thing with beers and be walking around Cardiff.' I was thinking this as I was walking back in for half-time! That game was over! We were getting scrum penalties, boys were scoring tries...

Harold Camping is most famous for predicting that the world would end on 21 May 2011. The Christian radio host had a prophecy and was more than willing to bellow it down any microphone or camera pointed his way. The day of rapture and judgment was forthcoming.

That prediction bore true for Northampton, as they witnessed the pious Jonny Sexton reign down his wrath and lead the most unlikely of comebacks. 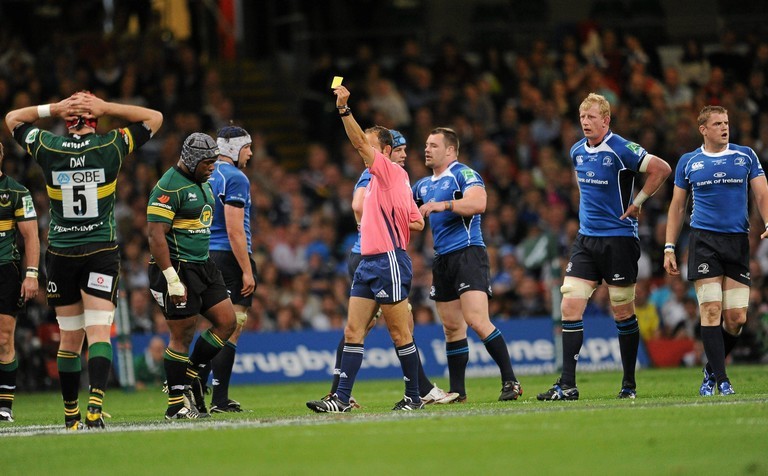 Brian Mujati was Northampton's prop in The Millennium Stadium for the 2011 Heineken Cup final. He was a member of a strong pack that included Dylan Hartley and Courtney Lawes.  They were looking to bounce back, having lost in the Premiership semi-final against Leicester. By half-time it seemed destined they would retain the Heineken Cup for the first time since 2000, when they defeated another Irish side, Munster, in the final.

Leinster burst out of the dressing room and drove 27 points past a shell-shocked Northampton. From the very first line-out, the ball came off-the-top and Sexton carried up the centre, rigorously scurrying his way over the gain line. Three phases later Leinster were under the posts and the call came to go wide, where an oncoming Sexton burned Soane Tongaʻuiha on the outside to instagate the revival. After his legendary half-time speech, Sexton needed to walk the walk.

Besides what he produced in the second half, some of his words at half-time really struck a chord with a lot of people. He mentioned about how this will make it all the more memorable because of what we have to do now. You could just see he had the bit between the teeth and he was ready for it. To pick up two tries and a great kicking performance and just control the way he did, it was a phenomenal second-half performance from him.

He speaks when the time needs it but I think he really stood up to the plate this time around and was there to be a senior player as a ten.

Sexton followed it up nine minutes later, this time electing for his iconic wrap-around to slice through the Saints drift defence and wriggle for the line. The English side were shell-shocked and unable to halt the juggernaut. Leinster were on a roll and termination was written on the wall. 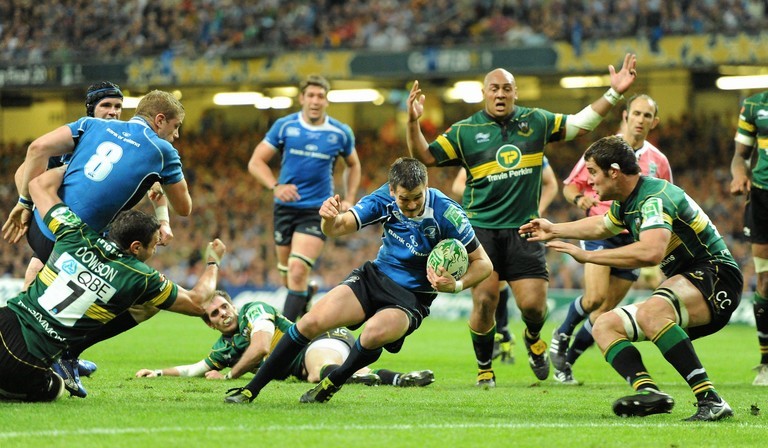 That was Leinster's second Heineken Cup in three years. It was English opposition that they had to overcome in 2009 too. Once again, the hero of the day was Jonny Sexton.

'If it’s not one Irish province, it’s another...' wrote the Telegraph's Paul Ackford.

This was the year Leinster's reputation as an easy gig in Europe would be laid to rest. A year after they bowed out of the tournament without scoring a try, Michael Cheika's men stormed to their first Heineken Cup final but that journey was not without incident as they became embroiled in the greatest Heineken Cup controversy of them all. Low and behold, it was yet another English club who offered that accolade.

I had my suspicions as he had been warming up. If the same thing happens again I will certainly be more aware what we as officials need to do now. If there is any doubt then we will have a look at the wound. At the time, though, I didn't and that is probably my one regret...

In the 2009 Heineken Cup quarter-final, Leinster led Harlequins 5-6 with six minutes remaining. Kicker Nick Evans was reintroduced having been taken off earlier in the game. Making way for Evans was Tom Williams, a half-chewed blood capsule between his teeth and bearing a red-soaked chin.

Evans failed to secure a victory and a subsequent ERC and the RFU investigation banned numerous members of the Harlequins organisation.

Come the final, Leinster traveled to Murrayfield and faced Leicester Tigers. At half-time, they trailed 16-9. They emerged to keep the Tigers scoreless and in the final ten minutes, Sexton slotted a drop at goal to secure a 19-16 win.

2011 was the greatest final comeback in the history of the Heineken Cup and signaled a changing of the guard for Irish rugby. For too long, Munster had been the sole flag bearer for Irish hopes in the Heineken Cup. Even when Leinster achieved success in the Celtic League in 2008, Munster's victory in Europe ensured that it was overshadowed. Three years later Leinster had won two in three.

The dawning of a second competitive province also did wonders for Irish rugby, as that Leinster contingent grew to contribute to one of the nation's most successful teams ever. Should they enjoy success against English opposition once more this week, they could reaffirm that label.

Rugby
1 day ago
By PJ Browne
The Last Munster Team To Win Silverware: Where Are They Now?
Rugby
2 days ago
By Gary Connaughton
Ronan O'Gara As Worried About Top 14 Clash As He Is About Champions Cup Final
Rugby
2 days ago
By Luke Delaney
How To Watch Leinster v Munster In URC Showdown
Previous Next