So is this Leinster rolling over and resting their big names? Bath come to the RDS today with an outside shot of qualifying for the Champions Cup knockout stages. Leinster are already out after an embarrassing four-loss run to start their European campaign.

After dusting themselves off and stringing together an impressive seven-match winning streak in the Pro12, you would forgive Leo Cullen for resting his top men for this afternoon's training exercise at the RDS.

At a glance it looks like he has done that, giving Johnny Sexton, Jack McGrath, Jamie Heaslip and Sean O'Brien a rest. Why bother tuning in then?

Well for one, Cullen is starting three of the best young players Leinster have on the roster. Josh van der Flier and Ross Molony have been picked in the pack while Garry Ringrose* will make his first ever start in the European Cup at outside centre. 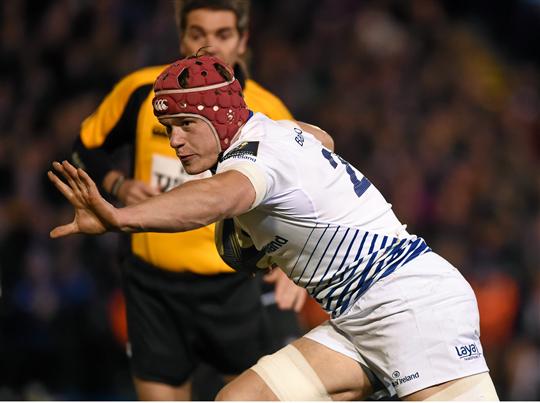 *If Ringrose scores a hat-trick just remember that the nickname 'Baby BOD' has been trademarked. If Stuart McCloskey and Ringrose ever start in the centre together for Ireland then I will be able to retire from the amount of 'Bangor Bulldozer' and 'Baby BOD' t-shirts I sell.

Cullen is right to start the trio today in what is a low-pressure game that will give them great experience of playing against a top European side. The rookie coach has a lot to thank the youngsters for - whereas six weeks ago the majority of articles were slating his performance and that of the established players, now everyone is busy salivating over the potential of Ringrose and JVDF in particular.

Given the openside's busy performances on the ground and in the loose, you can't blame people for getting a bit carried away. Oh, and Ringrose has done his part in raising the enthusiasm levels too.

The prospect of Ben Te'o partnering Ringrose in the centre is particularly exciting. And besides the aforementioned trio there are a few other novices who are worth keeping an eye on.

Hooker James Tracy has carried very well in his appearances this season, and performed powerfully in his cameo off the bench at the Rec back in November. It will also be interesting to see whether Peter Dooley can emerge as a credible alternative to Jack McGrath and the ailing Cian Healy.

When admiring the potential of today's Leinster team it is worth taking a look at the side that lined out for Brian O'Driscoll's first European Cup start back in 1999.

Like today, an English team came to town and also like this afternoon, there was an exciting mix of young talent, albeit they were slightly more experienced.

That Leinster team beat Leicester 27-20 that day in Donnybrook back in 1999 and the backbone of that side went on to thrill fans for a generation.

It is too early to say whether today's bunch could form a similarly effective spine (or to sell t-shirts, for that matter) but their potential is a bright spark in what has been a dismal club season for Irish teams for the most part.

At the very least, Ringrose v Jonathan Joseph and van der Flier v Francois Louw is worth a couple of your discretionary hours this afternoon.