Ronan O'Gara is quickly building a reputation as one of the brightest up and coming coaches in rugby. Having spent time in France and New Zealand, he is now making waves as the head coach of La Rochelle.

His side face Sale in a Champions Cup quarter-final on Saturday, where a victory in that game would likely lead to even louder calls to bring him back to these shores.

The Cork man is exactly the sort of the exciting young coach we could with in this country and he could have a big impact should he opt to come back to Ireland.

However, O'Gara himself said that a much discussed potential return to Munster is some way off. In fact, he may never return to his former team.

He shouldn't be in a rush to do so. The slightly unorthodox route he has taken in his coaching career up to this point has certainly paid dividends.

Donal Lenihan believes O'Gara will only make his way to Ireland on his own terms.

Speaking on the RTÉ Rugby podcast, Lenihan said that a so-called 'golden ticket' team of O'Gara and Paul O'Connell at Munster may not solve all of the province's issues, while he thinks it will be difficult to tempt the La Rochelle coach back unless the perfect job comes up.

You could have Graham Henry, Steve Hansen and Rassie Erasmus, put them all in there (Munster). Unless you get the foundations right and unless you get the pathways working towards the top team it’s not going to change.

And O’Gara knows that better than [anyone]. There is a guy who has taken the hard route. He could have been involved with Munster years ago if he wanted.

He’s gone away, he’s educating himself, he’s exposing himself to different experiences. Ronan O’Gara will come back to Ireland when it’s the right time for Ronan O’Gara to do so.

Not because Munster have a crisis here and now or not because there is a vacancy within the Irish set-up or in Leinster or whatever. He will pick his moment.

There’s no question Paul O’Connell has done a fantastic job with the Irish forwards but that doesn’t mean you lob them back into Munster overnight and all of a sudden, hey presto, all the problems are solved. Unfortunately, it doesn’t work like that.

O'Gara will certainly be giving little thought to any Irish return at the moment, with Champions Cup and Top 14 ambitions his only concern.

As well as that game against Sale, La Rochelle also find themselves only three points of the top of their domestic league with six games left to play.

SEE ALSO: There Is A Frankly Stupid Amount Of Top Quality Sport On TV This Weekend 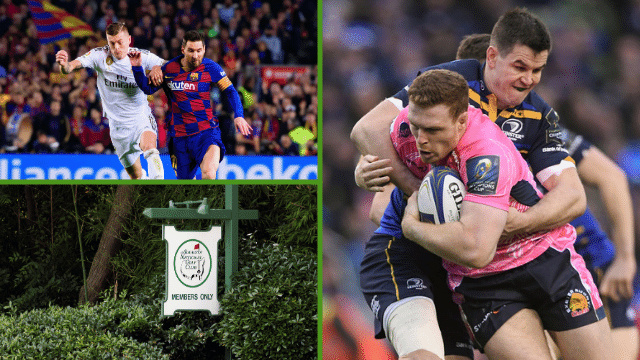