Reporting from the RDS Arena.

A packed RDS Arena made their voice heard as Leinster roared to a Guinness Pro14 final with a convincing 24 - 9 victory over Munster.

On a mild May day, former Leinster players were given a warm reception, with Joey Carbery on the receiving end on and off the field. His 72-minute substitution was greeted with jeers of "three more years!" by a section of the main stand faithful, a reference to his recent contract extension down south.

On the field, Leinster looked levels above with their second-half onslaught too much for Johann Van Graan's outfit to bear. It means Cullen's charges can still secure silverware this season, with a final in Celtic Park next Saturday against Glasgow to come. 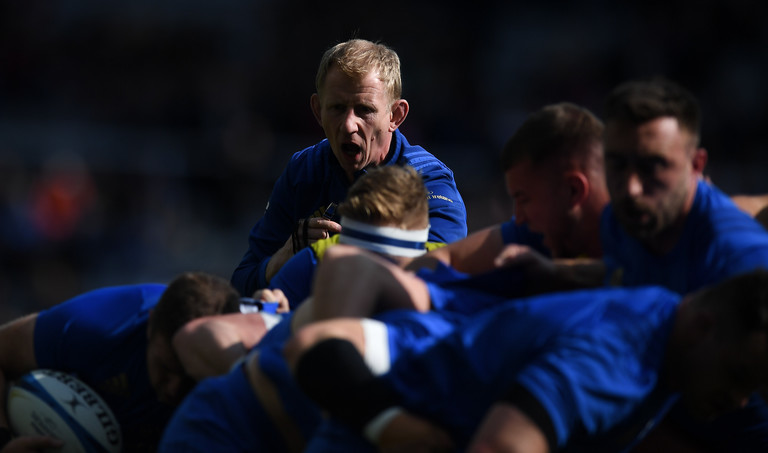 For Cullen, he hopes for strong support in Scotland next week, joking that Celtic fans may consider supporting his side.

I think it will be unbelievable. Thousands of Irish fans go over to Glasgow to watch Celtic play virtually every weekend. Hopefully, we will have a few of those fans next week. Because, as I said, Glasgow rugby is probably more Rangers supporters than Celtic ones.

Irish Celtic fans are already anticipating the Scottish Cup Final against Hearts which takes place on the same day as the Pro14 final.

After watching the finalist opponents dominate Ulster in a 50 - 20 hammering, the Leinster coach is under no illusion about the task ahead: "It's going to be a tough challenge for our guys. I thought they were very clinical last night in the game against Ulster.

"To score seven tries against Ulster is no mean feat, they've been going well defensively."

A victory over their Irish rivals is to be celebrated, but Leinster's focus is firmly on next Saturday: "We just need to move on now, quickly. There's no point basking in the glory of a semi-final."