Leinster progressed to a Champions Cup semi-final today after a barnstorming encounter with Saracens in the Aviva Stadium.

The tie was a full-throttle affair with several players suffering knocks and bruises during the game, particularly Dan Leavy who left the field sporting one hell of a shiner. 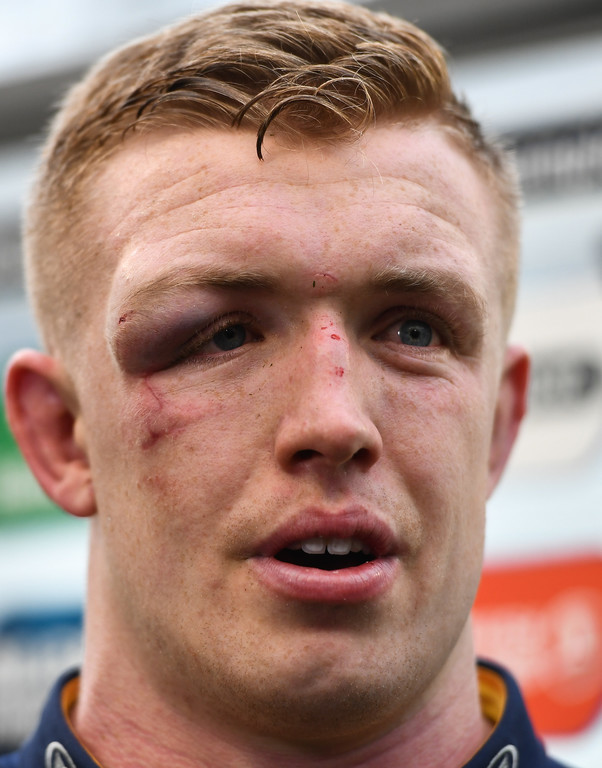 However, speaking to ESPN after the game, Leinster boss Leo Cullen feels the treatment dished out for out-half Johnny Sexton crossed the line.

It's tough on Johnny because he's been played off the ball a few times in the first half. It's hard for him not to get frustrated.

"I'll have a look back at the game and some of those clips again. There are three or four instances I can see that he's been hit, played late off the ball. I'll have to have a look back at it and how that unfolds because I think it's important to take all those things in the context of the game.

Mark McCall denied this was a deliberate tactic, although there can be no question that Richard Wigglesworth was fortunate to avoid further punishment after a late no-hands hit on Sexton during the first half.

Sexton was replaced after 70 minutes and performed well despite the games combative nature.

You can read the full post-match comments here.

SEE ALSO: Player Ratings As Leinster Dump The Defending Champions Out Of Europe