When the Munster squad convened for pre-season training on Monday morning there was an obvious topic of conversation: the previous day's All-Ireland semi-final between Limerick and Cork.

Fota Island Resort just outside Cork was the rallying point for the group, the odd jubilant Limerick man - chiefly Conor Murray and Keith Earls - along with a few disgruntled Cork fans among them.

"It was quite awkward on Monday," said CJ Stander, who was speaking at the launch of the new Munster alternate and European jersey which is available exclusively at Life Style Sports.

"There are quite a few Cork boys and there's not really a lot of Limerick lads in the squad. The Cork lads were trying to play it off.

"I wouldn't say it's dividing the squad but it's a good slagging point to start with after a long time away from each other."

Stander had arrived back in Limerick - the city he calls home - on Saturday morning. He had been on a five-week holiday between the end of Ireland's tour of Australia and the beginning of pre-season.

The Ireland international watched the game on Sunday on then went for a stroll around the city.

I thought they'd lost it there for a while. It was unbelievable to come back and win it in extra-time.

I went for a walk just after it and the streets of Limerick were quiet. There was no one on the streets, no cars.

That's one thing I love about Limerick: how they support the sports team.

The backrow won't be looking for tickets for August 19th. He'll watch it on TV with teammates and leave the Croke Park trip to the more seasoned fans. 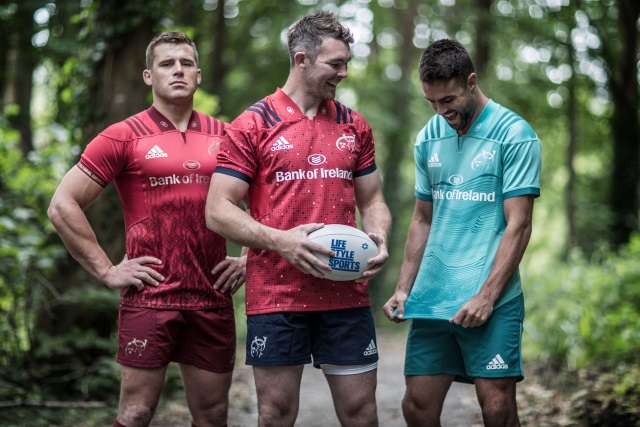 Part of Stander's holiday was spent in the United States. The 28-year-old visited Disney World with his wife, a destination he's wanted to hit since he was a kid.

"I had a great time in Disney World - I was there for two-and-a-half days.

"I wanted to go there since I was a kid. I didn't really watch a lot of TV when I was young but when I got older, I watched a lot of Disney when I was about 18 or 19. Still, now, I watch it.

"Me and my wife went. We walked about 50 kilometres in two days and we did everything that there was. It was just a great experience, one of the best holidays I've had.

"Just the detail and the service you get there is unreal. It was a great holiday."

CJ Stander was at the aunch of the new Munster Rugby alternate and European Jersey, available exclusively at Life Style Sports.

Irish Life
1 month ago
By Gary Connaughton
13 Sporting Events In Ireland's Top 50 Most Viewed Programmes Of 2020
Hurling
3 months ago
By Balls Team
The 15 Best Ever Performances By A Player On A Losing Team
Football
1 year ago
By Mark Farrelly
Why You Should Listen To Our New Podcast "The Buildup"
Popular on Balls
GAA
15 hours ago
By PJ Browne
'I Have Pictures Of Stephen Cluxton All Around My House, It’s A Bit Weird!'
Rugby
17 hours ago
By Balls Team
Son Of Offaly Hurling Legend Set For Super Rugby Debut
The Rewind
14 hours ago
By Sean Meehan
Introducing The Vote For Ireland's Greatest Singalong Song
Rugby
12 hours ago
By Eoin Harrington
Rob Kearney Player Mic Gives Great Insight On Western Force Debut